We Interrupt This Apocalypse 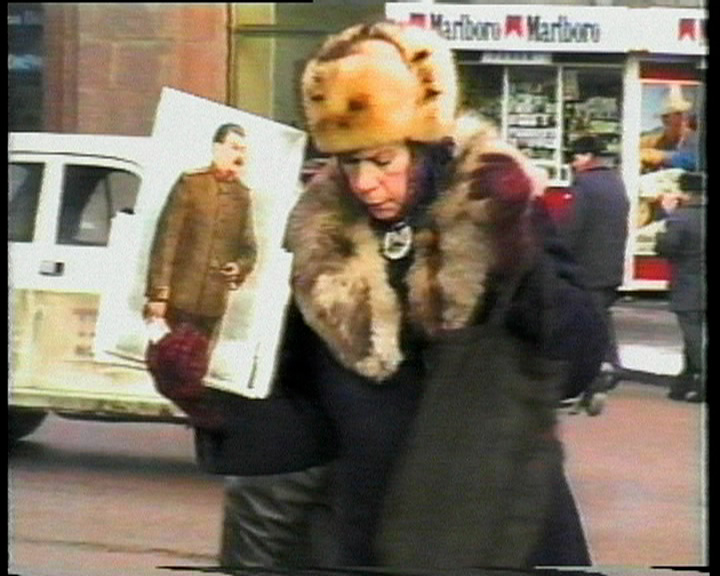 In 1980 the British government launched the now infamous Protect and Survive campaign, intended to inform citizens how to safeguard themselves in the event of a nuclear attack. In addition to an instructional pamphlet, a series of TV bulletins were produced, intended for transmission when the government believed that a nuclear attack was imminent. The broadcasting of excerpts of these bulletins incited a combination of widespread fear and grim fascination amongst the public. Atomic paranoia and dread permeated into much of the culture that emerged from that era. While some artists captured the atmosphere directly, others used humour or escapist aesthetics as a way to process the magnitude of the situation. This is neatly exemplified in the case of Frankie Goes to Hollywood’s anthemic song, Two Tribes (1984), which features spoken work contributions by the same actor whose voice was used in the Protect and Serve TV info-films.

We are still at a relatively early phase in the global crisis created by the COVID-19 pandemic and it will take years before the full extent of its impacts can be recognised. In the short-term, the most visible repercussions are those felt most tangibly, such as the widespread tendency for art to be adapted for online consumption. An unavoidable psychological impact has been that the way we view the world has been dramatically altered and as a result, works of art made even in the distant past can assume new, unexpected resonances. This was something that repeatedly came to mind, when viewing ‘We Interrupt This Apocalypse’ – an online screening programme, curated by artist Jesse  artist Jess Jones, aemi and Isolation TV’s Vaari Claffey, supported by the Salzburger Kunstverein, with editing by Eavan Aiken.

Take for example the excerpts of footage from Chris Burden’s 1971 performance, entitled 220, in which he and three other artists perched atop wooden ladders submerged in electrified water. This piece typifies Burden’s penchant for devising physically risky – and potentially fatal – situations, which have accrued legendary status and are now known only via documentation. The symbolism of 220 resonates in unanticipated ways with the present moment in which an atmosphere of dread prevails, created by a source of ambient danger that is paradoxically invisible to the naked eye. 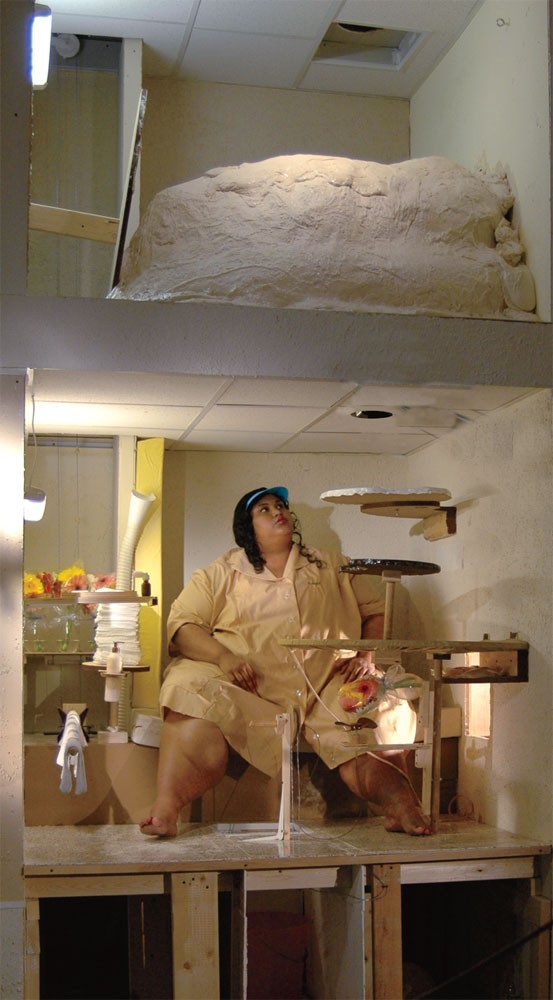 ‘We Interrupt This Apocalypse’ was conceived to explore ideas of protest, labour, performance, physiology, representation and audience. In addressing these concepts, the programme was essentially a rumination on the nature of human life under advanced capitalism. This was particularly explicit in the case of Mika Rottenberg’s visually compelling piece, Dough (2005-6), which depicts an assembly line of women processing a viscous ‘cable’ of dough through a series of compartments in a claustrophobic, jerry-built factory. In equating industrial and bodily processes, this work felt germane to the present moment in which there is so much focus upon the role of the individual in relation to greater society, coupled with new understandings of how we are reliant upon systems of production and distribution that are inherently unstable. 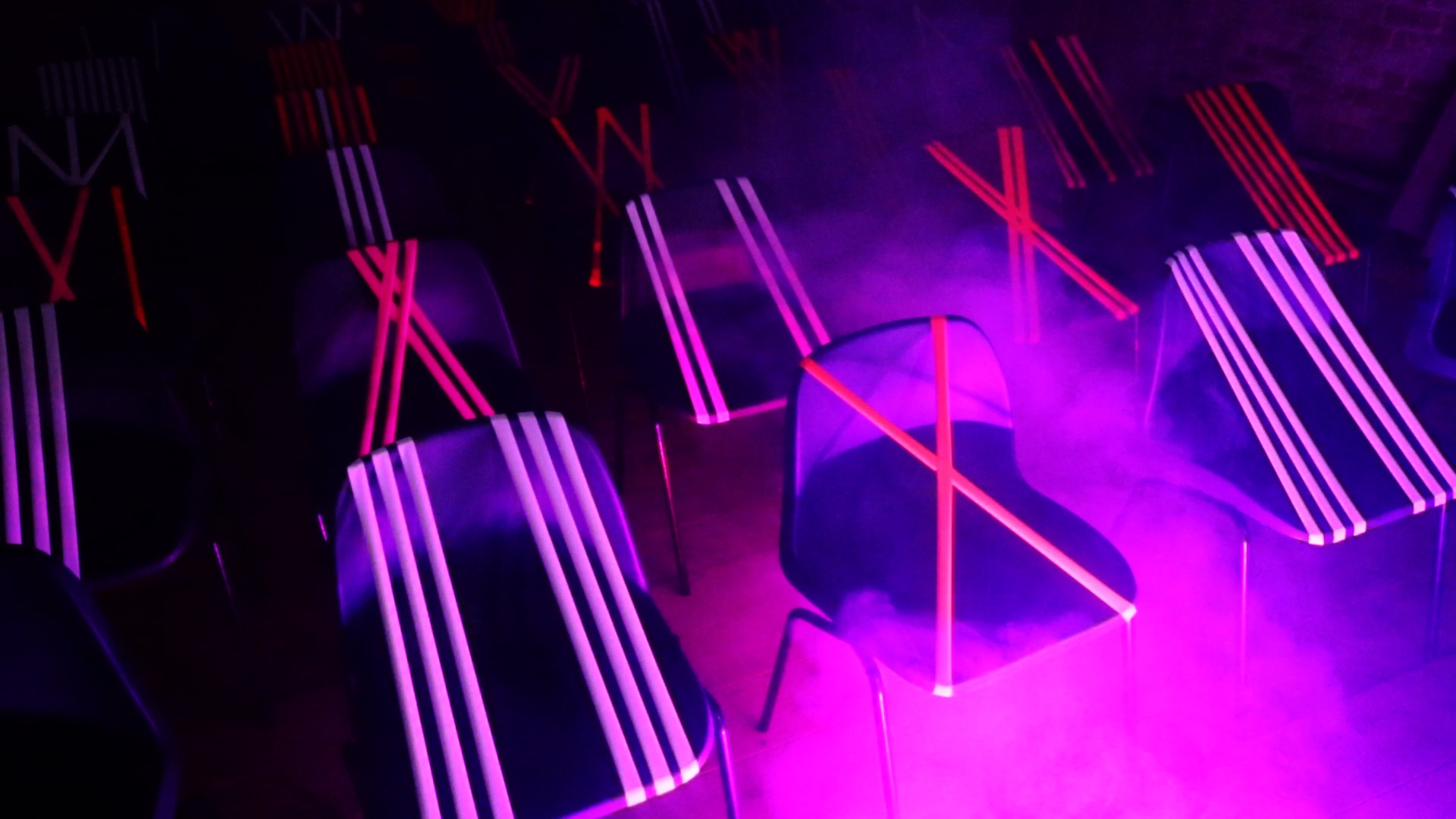 In Oisín Byrne’s Bouncer (2020), we see several rows of chairs cordoned off with strips of tape in the manner that has become so familiar over the past year. Plumes of dry ice fog and flashing lights surround the chairs, creating a dramatic mise-en-scène with ominous undertones. Byrne’s piece draws attention to the fact that the crisis (or more accurately, the responses to it) has inadvertently led to the emergence of new aesthetics and design solutions, many conceived as contingencies to prevent contagion. By focusing upon that highly emblematic process of taping off chairs, which still seems so alien, this work provides an opportunity to reflect upon and process some of the ways this traumatic situation has changed our lives. This is perhaps a demonstration of the old truism that artists help us make sense of the world.

The screening programme was punctuated by excerpts of two films by Jesse Jones: The Spectre and the Sphere (2008) and The Other North (2013). These ‘interruptions’ constituted an attempt to actively modify the format of this programme, so that it amounted to more than just a simple collation of videos. This aspect of the programme also illustrated its conception specifically for the format in which it was viewed – namely the computer screen – with the lose suggestion that what we were watching was perhaps akin to some kind of emergency TV broadcast. This consideration of how the programme would be presented and viewed distinguished it from many other initiatives, conceived for the digital domain in response to the COVID-19 crisis. 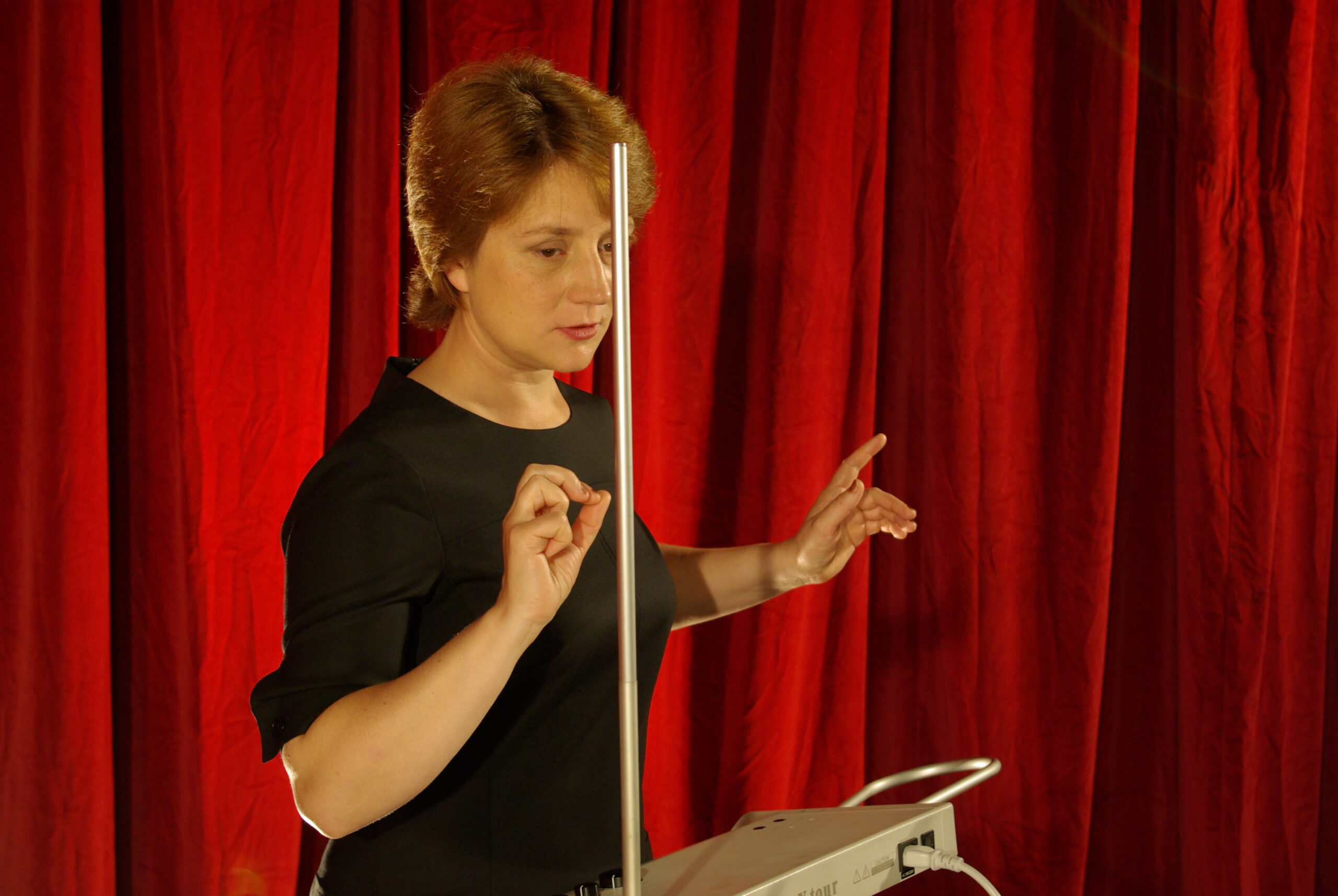 The original meaning of the term ‘apocalypse’ derives from the Greek word for ‘unveiling’ or ‘disclosure’. In early Jewish and Christian literature, an apocalypse denotes God revealing things that have previously been hidden. So, while today this term is predominantly used to refer to end of world scenarios, it still contains within the connotation of new knowledge and the potential for illumination. The crisis precipitated by COVID-19 has certainly brought about a great many revelations, exacerbating pre-existing problems and exposing the fragile state of a society racked by a constellation of weaknesses. ‘We Interrupt This Apocalypse’ looked indirectly at some of these symptoms of pandemia and the related cultural patterns that are beginning to emerge. Ultimately, this screening programme succeeded in revealing many things about the dystopian age in which we now live, holding up a mirror to our existential anxieties and transmitting images of a speculative future that is gradually coming into focus.