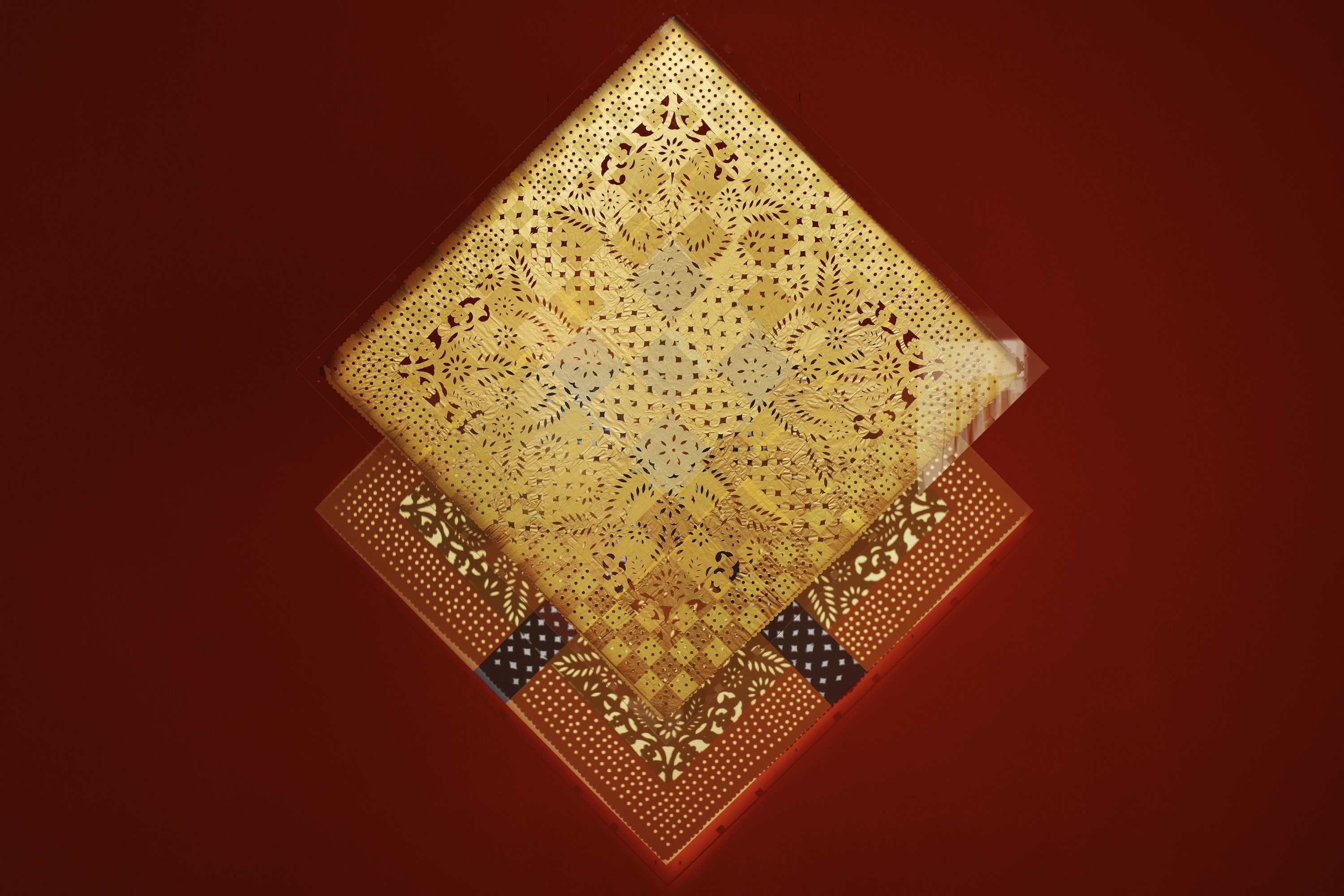 Pádraic E. Moore: Do you think it’s possible to attract newer, less experienced audiences to Irish Museum of Modern Art (IMMA), without ‘dumbing down’ the programme?

Annie Fletcher: Certainly, because a museum can tell people their own story and provide them with insights into the world around them. Obviously, some of the conversations that take place within the context of a museum can seem rather esoteric and perhaps even elite, since they are ultimately disciplinary. While those conversations have to be supported, the fact is that IMMA is a populist institution and must therefore fulfill a shared civic role that actively attends to the needs of different kinds of audiences. I feel that the collection might be one of the keys to achieving this.

PEM: Is there is still an onus on museums to acquire new works for a collection?

AF: That’s a brilliant question and one that there is of course much debate about, at this point. On one hand, I would say yes, completely, partly because what we decide to collect and archive can ultimately contribute directly to how memory is constructed. There is something important about memory and the opportunity to look back at an archive. So that’s one aspect that is really attractive about it. Yet, on the other hand, looking forward to the future of the twenty-first century, there are so many aspects that make the realities of collecting objects extremely problematic and perhaps even unsustainable. While I do acknowledge the importance of the collection, I also wonder if perhaps there might be more sophisticated ways of collecting and sharing resources? At the moment, one sees a great deal of recuperative strategies in which there is a desire to resurrect overlooked or forgotten artists and perhaps even retrospectively construct a canon. Yet maybe what we really need to do is reject the idea of a canon and focus upon why these gaps exist, in a very resonant way, which in turn represents the society that we’re in.

PEM: From an architectural perspective, the Royal Hospital Kilmanham is a very unique venue. What are your thoughts on the idiosyncrasies of the site?

AF: I think the site is fascinating and I am interested in the various problems that the venue can pose. The question is how to utilise these challenges and, of course, artists and curators have already been doing this for years. Sometimes people suggest that the building is unsuitable – because of the layout as a former hospital – but I genuinely find this more inherently interesting than a white cube. I’m intrigued by the imperial ghosts that seem so very present and I think there are nuanced ways in which we can reflect upon our history via the building. 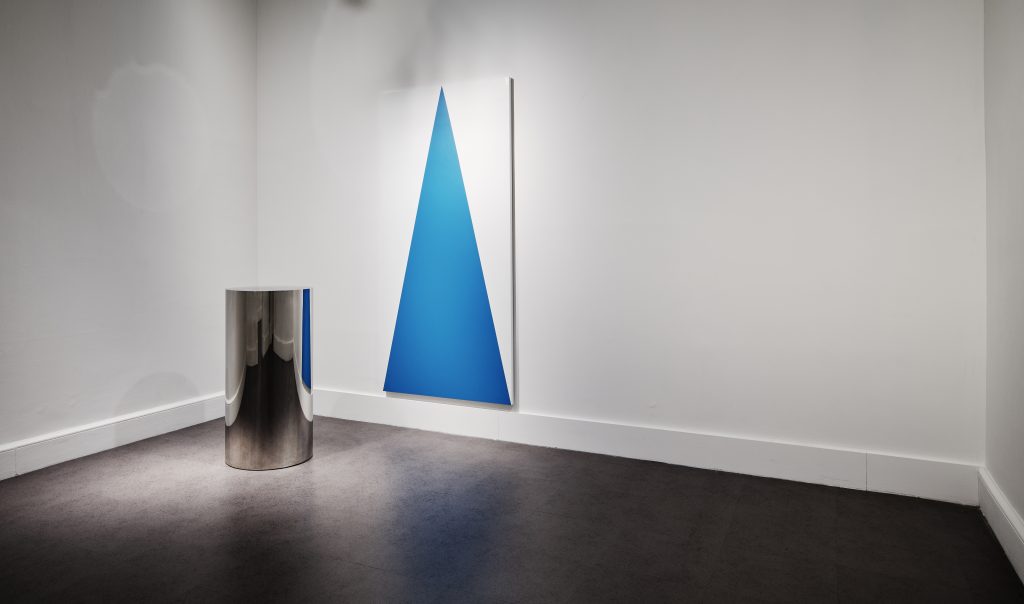 PEM: Can a museum help to provide Irish artists with international exposure?

AF: Certainly, this is one of the reasons why I took the job. There is very little consciousness of Irish art and the Irish story outside Ireland, for example, in Europe. This is something that I have found rather disappointing over the years – the absence of an Irish presence in major European biennials and so on. I do think that there is a lot of work to be done. I believe that contemporary art practice in Ireland is more robust than ever and I am confident that, through dialogue and exchange with other similar institutions, we can begin to spend time articulating our own history and our own senses of expertise.

PEM: IMMA seems to be one of the few public spaces left in Dublin that hasn’t been co-opted by commerce. I would suggest that the city needs a (free) space like this museum more than ever.

AF: Yes, as you know, many of the other organisations that offered space for conviviality and civic gathering have been decimated in recent years. I really believe in thinking about resources and possibilities, while trying to work towards that collective notion, even if it sounds terribly romantic. One of the positive aspects of the museum is that there is now a public recognition of it as a free and open asset. I certainly want to ratchet up this notion of a free space. There is still much interest in keeping the mechanisms of the museum alive, but one thing that has changed since the ‘90s is the fact that there is now much more of a need to raise funds from corporate sources.

PEM: Does this have an impact upon how provocative a programme can be? In Claire Bishop’s book, Radical Museology (2013), she argues that the museum can be site where ‘societal change is considered’ and ‘dissent is fomented’. What are your thoughts on this?

AF: I would say all of the great provocations that emerge from museums are initiated by artists. On one level, if we just do our job and follow what artists are doing – which is incredibly important and often politically sensitive in always  trying to open up new space – then we’ll probably end up there anyway; I suppose the question is how much we can really go for it. I have worked on several politically fractious and contentious projects over the years and I do believe that it is important that the creative sphere remains a space in which important – and indeed inflammatory – conversations take place. It’s important that visual art is not merely dismissed as a recreation, because it can also be a catalyst for change. We as a museum are an institution, a legal entity; we have capacities that allow us to survive and this provides certain possibilities. However, I understand the vulnerability of artists in relation to that and I believe a crucial thing to avoid is the instrumentalisation of the artist. So, I think one has to be really careful about not shoving them out on the front lines, without backing them up.

PEM: Is there anything in particular that you would like to address or touch upon in the future?

AF: I’m very interested in Ireland’s relationship to race and our unresolved relationship with our own colonial past; we were colonised but we were also colonisers and missionaries. I am eager to address this issue and to work on a programme that relates to ideas around the subaltern / settler duality. ‘The Otolith Group: Xenogenesis’, currently showing at Van Abbemuseum until 18 August, will come to IMMA in the future and I’m also planning a solo exhibition by the incredible American artist, Howardena Pindell. I’d like to try and organise some dialogue to celebrate the 30th year anniversary of the foundation of the museum in 2021. The idea would be to engage in conversations with several other museums that were established around the same time. Many museums were born in that postmodern moment that was romantic about globalization. There was definitely a kind of common language of contemporary art at that particular time. We’ve gone through tumultuous changes since the ‘90s. Finally, I’d also like to make the fantastic asset that is the IMMA residency programme even more visible. There’s an incredible hive of activity in the city and a constant flow of amazing people with incredible talent – I think this is another way that the museum makes contributions.

Annie Fletcher is director of the Irish Museum of Modern Art. Pádraic E. Moore is a writer, curator and art historian.