From Disco to Hi-NRG (On ‘Patrick’ by Luke Fowler)

Luke Fowler’s docuportrait ‘Patrick’ tracks a sound and culture, and the fleeting lives of a generation

Since early in his career, Luke Fowler has created docuportraits of musicmakers that provide glimpses into the social and physical milieus in which they operate. His 2020 film of musician/producer Patrick Cowley (1950–82) follows on from Electro-Pythagorus (2017), which looks at Martin Bartlett, and Pilgrimage from Scattered Points (2006), nominally about Cornelius Cardew. That Fowler himself is also a musician (with a penchant for analogue synths) gives him a natural sympathy for his subjects. His films touch upon the experimental and collaborative aspects of creating music, indirectly highlighting its unique qualities as an artform – its capacity to engage audiences in ways that are particularly direct and visceral. And while they are produced and disseminated via the conduits of contemporary art, they underscore the veracity of the assertion Dan Graham makes in his 1984 video essay Rock My Religion: “Music expresses a more communal transcendental emotion, which art now denies”. 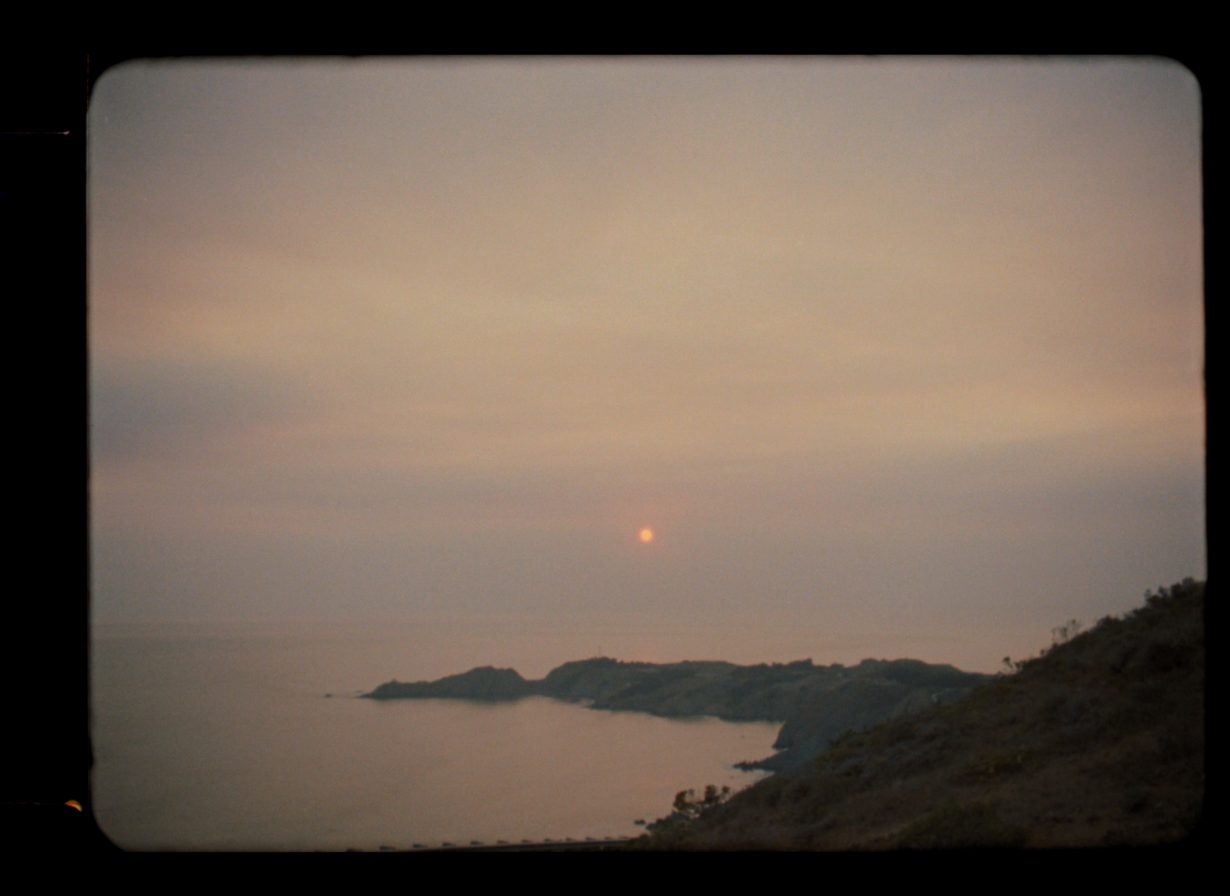 Fowler’s portraits are impressionistic, capturing the essence of a subject rather than presenting a forensic profile. The 21-minute Patrick was shot exclusively on 16mm film, and the visual characteristics of the medium (such as light leaks and textural imperfections) befit what is essentially a paean to analogue technology. The film begins with a dreamlike twilight scene of surfers in the Pacific, their bodies lifted in unison by rolling waves. The otherworldly atmosphere is heightened by a soundscape of plunging breakers and seagulls that one might assume was recorded concurrently to the visual footage but is in fact the track Sea of China, by Cowley, dating from the late 1970s. As Cowley’s trademark spacey synths kick in, Fowler’s focus moves further inland, inspecting the dramatic terrain of the Bay Area. There is a lush fecundity to this landscape, and our gaze is directed towards details such as gigantic furry, phallic cacti; pink prickly pears and splurs of viscid resin that ooze down tree boughs and glisten in the sunlight. The latent eroticism of this imagery is amplified by the accompanying Cowley track, itself originally composed for inclusion in a gay skin-flick.

The constructed landscape also features prominently in this film, and Fowler lingers on two sites associated with significant episodes of Cowley’s life. One is The EndUp, a renowned nightclub in which Cowley hosted events and frequently DJ’d. The other is the City College of San Francisco, which houses the Electronic Music Lab, where Cowley worked and conceived his earliest electronic compositions. Shots of this International Style campus, with its striking mosaics, frame the voice of Maurice Tani – a friend and collaborator of Cowley’s. Tani’s contribution is vital to this film: he speaks with warmth and admiration, emphasising Cowley’s technical skill and visionary, intuitive approach to working with analogue synthesisers. As Tani highlights, the freeform experimental music Cowley made early in his career was abstract, “more akin to something that [Brian] Eno might have been doing”, and contrasts with the dance material for which he became renowned. 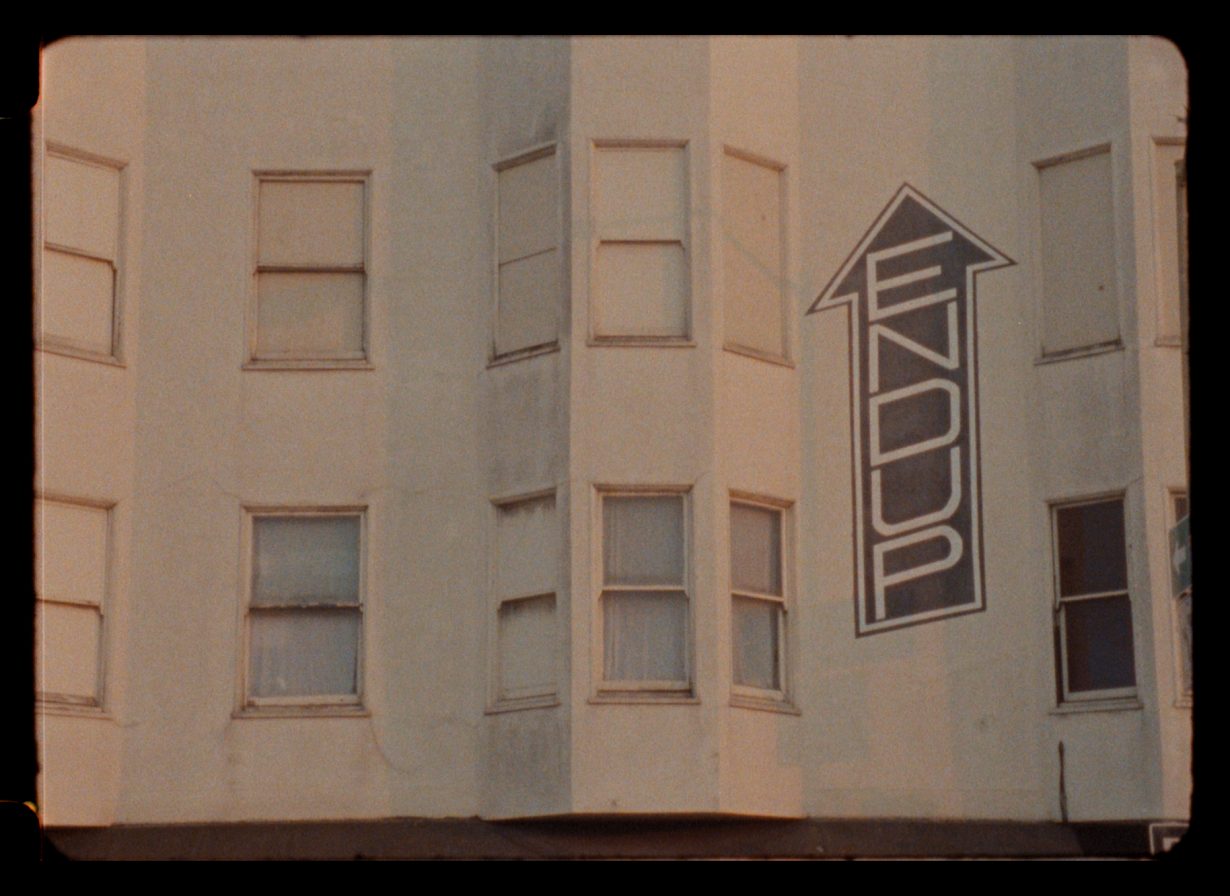 Disco was a transformative catalyst in late-twentieth-century culture and had a significant and far-reaching impact on artistic and social levels. While heralding a widespread adoption of technological instruments (like drum machines and synthesisers), it was also an agent for social change, contributing to the formation of gay identities and promoting queer culture. As demonstrated by tracks such as Kickin’ In (1978), which is featured in this film and borrows heavily from Cerrone’s 1977 anthem Supernature, Cowley’s early club music was initially rooted firmly in disco. By the end of the 70s the musical trappings of the genre had become ubiquitous, having been absorbed fully by the mainstream. And this saturation was one of the factors contributing to an antidisco backlash. But a more malevolent motivation was disco’s identification with homosexuality. Eager to evolve new sounds, a wave of musicians for whom Cowley was a pioneer sparked Hi-NRG, essentially a splinter of disco that broke with its antecedents in key ways, such as increasing the BPM and eliminating the trademark layered strings. As the genre evolved it became almost exclusively electronic, and in retrospect can be seen as forming a crucial building block of house and techno. 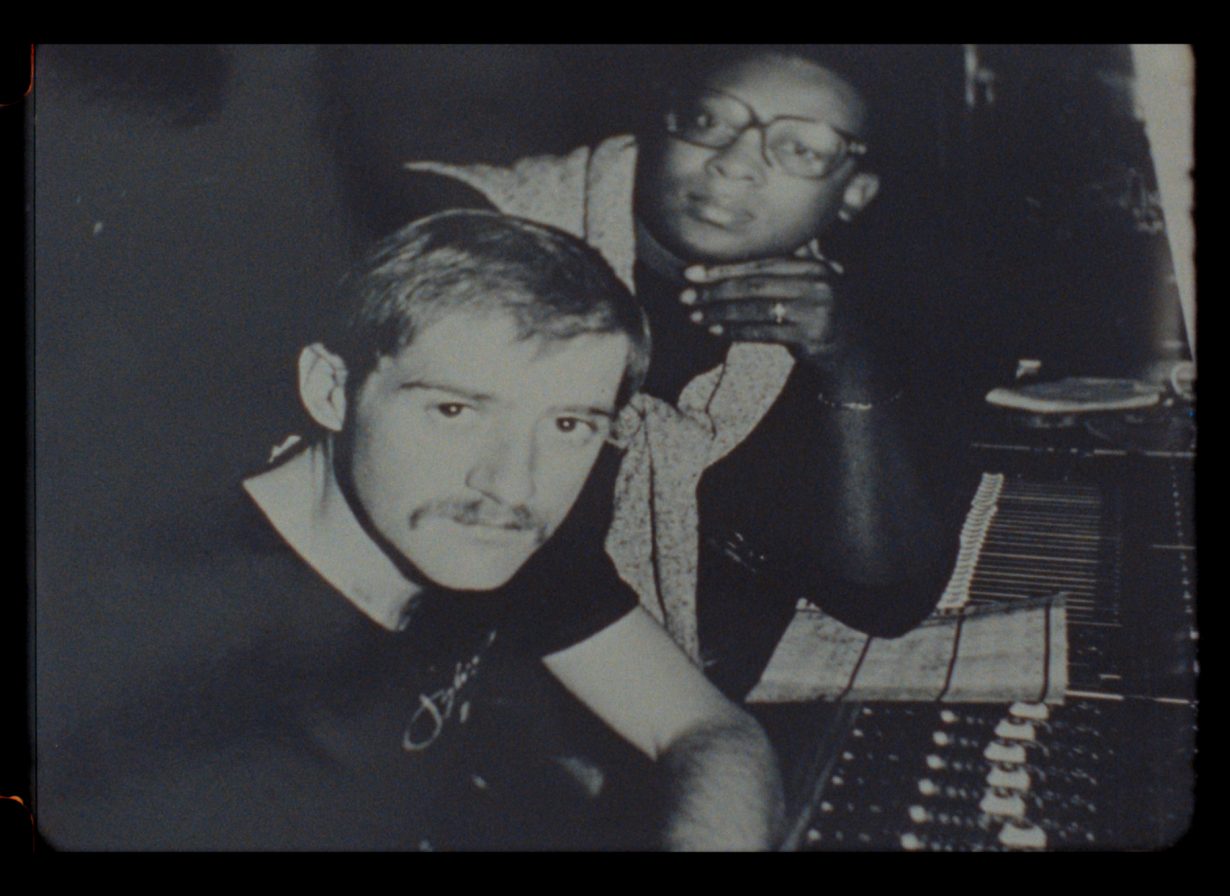 Hi-NRG was initially particularly popular with gay audiences on both sides of the Atlantic. The label most affiliated with the genre in the US was Megatone Records, which was founded by Cowley and his business partner Marty Blecman in 1981 and released music by artists such as Sylvester and Paul Parker that same year. Patrick includes an array of material relating to Megatone, all filmed at the archive of the GLBT Historical Society in San Francisco. Pathos surrounds these press clippings and signed photos of artists represented by the label, most of which document beautiful men in the prime of youth, their talents only just beginning to flourish. Cowley himself succumbed to AIDS-related complications just one year after Megatone was established, and an alarming number of those affiliated with it were dead by the mid-90s, when the label was dissolved and its back catalogue sold off.

There have been more opportunities to view Patrick online over the past year than would have been the case prepandemic. Aside from being included in film festivals readapted for internet audiences, it was featured in screening programmes conceived specifically for the digital domain. Perhaps inevitably, this means the majority of viewers experienced the film via a computer screen in what was likely a rather atomised setting. Yet the optimum context in which to see it would be with others in a darkened space equipped with a powerful sound system. For as anyone who has listened or danced to Cowley’s music will know, it possesses somatic sensorial-affective properties, the lower frequencies of which permeate one’s body and brain. Similarly, there is a hypnagogic aspect to Fowler’s films, the mesmeric effects of which are maximised when one is fully immersed in their flicker. If I have any quibble with this celebratory vignette, it is that I wanted it to be longer. But as Fowler has pointed out, the “incomplete, transient and contingent nature” of Patrick is entirely apposite, echoing an intense and prolific life that ended all too soon.