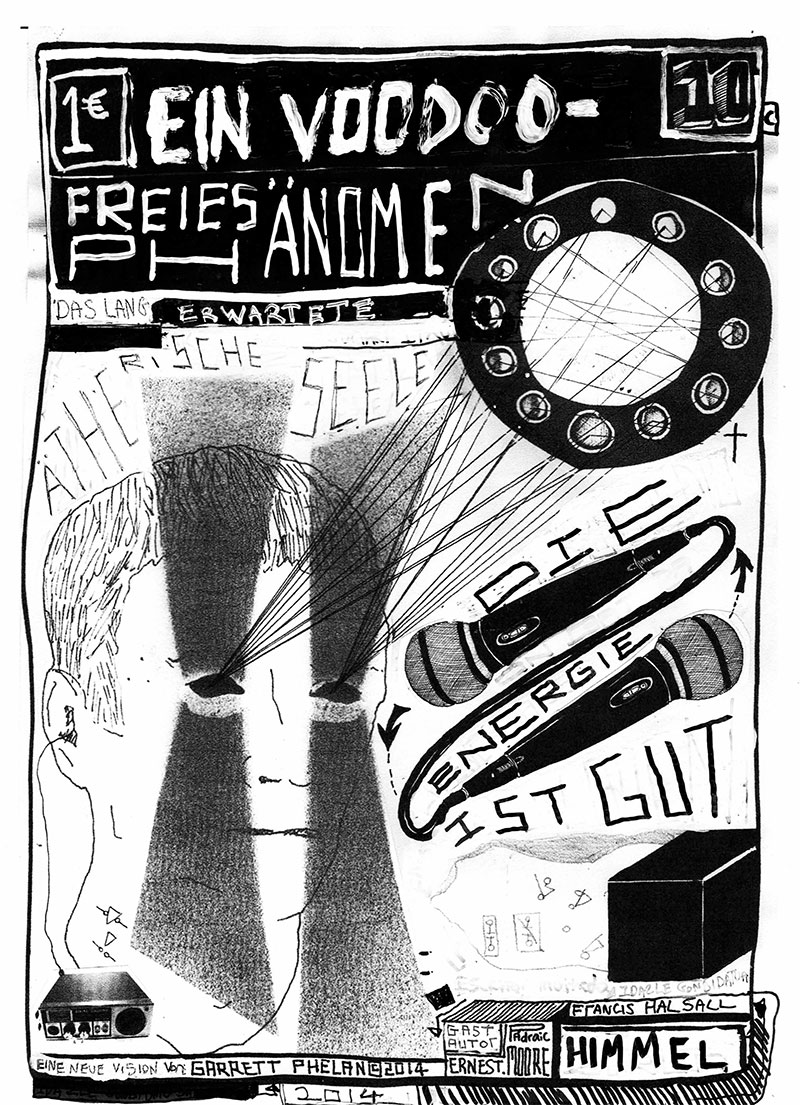 As is the case with many ancient monuments across the globe, the megaliths of Ireland are shrouded in layers of mystery. The dearth of factual knowledge concerning the origin and functions of these edifices has, over aeons. been compensated for, by a profusion of speculative explanations. They are inextricably intertwined with myth and legend and, unsurprisingly, the line between fiction and historical fact is blurred. In some parts of Ireland, rituals still take place around these megaliths, which underscore the extent to which these edifices remain inextricably linked to Irish folklore and continue to exert a powerful influence over people. One such ritual consists of pouring water on the surface of the stones and drinking it, or administering it to areas of the body in the belief this might cure illness.  Such practices may seem anachronistic, yet they serve to bolster the belief that destroying or disturbing these edifices may have negative -even disastrous- consequences. Aside from several infamous cases (such as that at the Hill of Tara) [1] these structures remain -for the most part- sacrosanct. The beliefs and customs surrounding them –some of which are suspiciously similar to those associated with Catholic mysticism- ensure they have remained intact.  The fact that the lore surrounding Irish megaliths remains potent and subtly controls people on an atavistic, deeply psychological level is one of the reasons why Garrett Phelan has been repeatedly drawn to them.  Research and exploration carried out by Phelan into these sites over many years has informed much of his work and is particularly evident in the recent multi-faceted body of work entitled A VOODOO FREE PHENOMENON.

Of the various types of Megalithic Monument found across Ireland, the oldest and most common are portal dolmens, most of which date from about 4,000 BC – 2,500 B.C.  Although the majority of dolmens in Ireland are found in isolated and rural locations, there are exceptions to this. One such exception is the imposing Glendruid Dolmen situated near the residential conurbation of Cabinteely in South County Dublin. This edifice, comprising of seven lintels supporting a massive capstone, is far from secluded; several bungalows built in the early 1970s stand nearby and a tram station at Laughanstown is located less than a mile away.  Yet despite its proximity to suburbia, the site upon which the dolmen stands feels strangely remote: located at the bottom of a steep river valley in one of those increasingly rare margins where the severe hand of development hasn’t yet wandered. This is one of those increasingly rare pieces of property of which the ownership isn’t quite certain. Here, in an overlooked knoll, the ancient monoliths stand screened by high trees and vegetation, un-signposted and unknown like some weird, forgotten ostentatious folly. The presence of prehistorical residue on these edge-lands, while ignored due to its familiarity, exemplifies how what ostensibly seem to be mundane suburbs often contain extraordinary historical traces.  In these zones, the collision of suburban settlement and prehistoric monument reveals the inherent strangeness of both.  The catalytic effect of these edifices upon their surroundings struck me when, in Spring of 2013, I visited the Brennanstown Dolmen with Garrett Phelan after learning that we both shared an interest in such sites. The visit marked the beginning of our ongoing dialogue regarding the function of what these monuments might have been in the past as well as their importance in the present. Through conversations with Phelan it has become evident that he has little interest in what the original function of these structures may have been. Instead, he is interested with what these monuments represent to a society increasingly obsessed with –and controlled by- technological rationality.

A particularly formative moment in Phelan’s ongoing exploration of these monuments occurred over 30 years ago when, on one of the morning’s of the 1986 winter solstice, he became one of the few privileged people to witness the rising sun enter the chamber at Newgrange, Co. Meath Ireland.[2] This experience had a significant impact upon Phelan in that it was a dramatic demonstration of how these monuments can exert a strange but tangible power over people, even those whom would be considered skeptics. The manner in which these mysterious sites have come to mean so many things to different people reveals much about the society we live in. For while it is generally agreed that megalithic structures such as portal dolmens and cairns had some sort of sacred function -and that many of them are astronomically aligned- their origin and function is a subject of much conjecture. For archaeologists and historians who have been deeply conditioned by the religious and materialistic paradigm of the world in which we live, there can be no question that these edifices were constructed for any other purpose than basic ritualistic or calendar purposes.  On the other hand, there are those who work on the fringes of what might be termed ‘accepted science’ who posit unorthodox, often dismissed historic possibilities located outside the scope of current archaeological and scientific understanding. For Phelan these constructions symbolize a physical representation of the unknown, which, by reminding us that received knowledge is in many cases fallible, undermine presuppositions about reality. He views these edifices as “formidable remnants that have become symbols of the unknown. This unknown is something pure and truthful.” 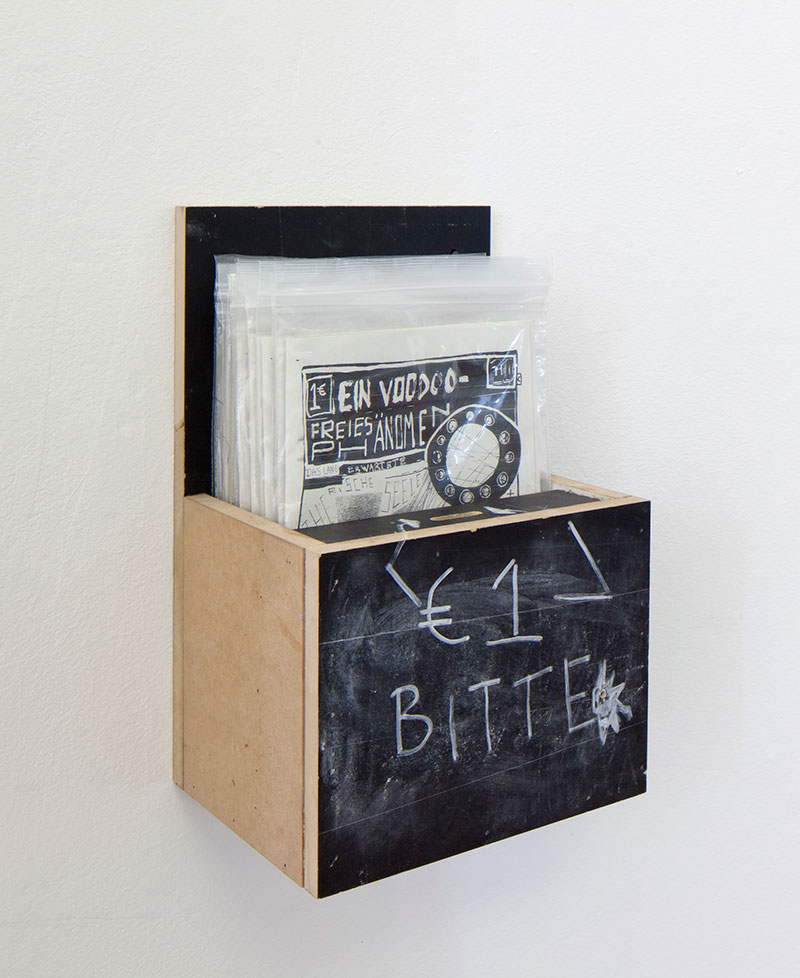 For some time Phelan has explored the enigmatic character of electromagnetic energy and radio waves as a primary element in his practice. While he doesn’t reference specific theories in his work, Phelan’s subjective investigation and application of these powers evokes the propositions of researchers who suggest ancient cultures may have possessed knowledge of physical energies. Several scientists suggest Megalithic structures may have once been used for the generation or transmission of some sort of electromagnetic energy. Another speculative theory relates to what is termed piezoelectric energy.  Many of the megalithic structures in Ireland are comprised of stones rich with deposits of quartz crystal.  Used frequently in electronics to create a constant frequency or to filter out a certain frequency from other frequencies, quartz is also a piezoelectric material; it generates a charge when weight or pressure is applied to it. One could surmise that the weight pressure created between the horizontal and the vertical stones could perhaps –with the addition of some other force- have generated a charge. The possibilities that the construction activities of our ancestors could be explained as being somehow connected to properties of subtle energy such as static electricity is completely at odds with contemporary versions of history, which posit that megalithic people were apparently incapable of grasping swathes of technical knowledge now known to us. Yet, there’s a substantial faction convinced that high concentrations of geophysical energies can be detected in areas where megalithic structures are found.  Similarly, some druids with pagan inclinations posit that dolmens, stone circles and menhirs were built in prehistoric times at the intersection of ley lines and places of high etheric force that might facilitate communication with the divine. Such individuals can occasionally be seen at sites such as the aforementioned Glendruid Dolmen, surveying the stones with pendulums, dowsing rods and sometimes more sophisticated devices. Perhaps understandably, figures in the contemporary milieu that devote themselves to researching such phenomena are rarely revered or respected. Today, those who choose to set themselves the challenge of interrogating – or simply ignoring – the accepted conventions of modern scientific dogma almost invariably encounter derision and suspicion. It is certainly true that many of the ideas that have been posited concerning the function –or potential power- of these monuments would not seem out of place in 1970s British Sci-Fi T.V. serials like, Children of the Stones and Sky the latter of which the artist cites as a particularly important influence.[3] Yet it seems feasible that ancient cultures possessed knowledge, skills and information that we do not. Whatever position one takes, there is no debate over the fact that the origin and the function of these structures is unresolved and for some a matter of contention. This is certainly another reason why these sites are significant for Phelan and have become important to his work.

For Phelan, the mere existence of these structures can precipitate a shedding of preconceived assumptions and incite a rejection of established modes of thought. Since they cannot be definitively understood or explained they quietly challenge and the certainties that are so important to the maintenance of the contemporary status quo.  Phelan views their unexplained status as a direct challenge to our society’s obsession with rationalizing and codifying knowledge. For while certain theories may have been written as historical fact, they are ultimately dependent upon the conjecture that constructs a common consensus. Phelan’s interest in these abstruse old stones lies not so much in the countless theories that they have spawned but instead the fact that they have the power to do this at all. For the true ‘power’ of these monuments lies in their ability to confound future generations; attracting them (us) to grapple with the questions they pose. This seems especially important in an age such as ours, in which an incredulous materialism prevails and our constant dependence upon techno-rationalism dispels romantic possibilities. The physical environment that most of us inhabit has been neutralised and sterilised and offers little opportunity for enchantment.  In this context, the enigmatic quality of these resilient edifices makes them particularly alluring. The real importance of these monuments, however, is that they challenge us to ask fundamental questions without offering us any answers or explanations. Despite the ongoing attempts from many perspectives, these abstruse old stones shall reveal none of their secrets. Their uncanny presence offers us an opportunity to cultivate and inject some mystery in our lives and conjure the beauty of the unknown.

[1] The Hill of Tara is an archaeological complex that was once the primary ceremonial centre of Ireland in both history and mythology. In the Annals of the Middle Ages Tara functioned in an equivalent capacity to a civic centre but was also associated with several goddesses. Tara is comprised of many unexcavated earthworks and ancient structures with astronomical alignments including a chambered cairn thought to date from around 3000 B.C. In 2010 the M3 motorway was constructed through the Tara Skryne Valley where The Hill of Tara is located.

[2] The tumulus at Newgrange is part of an ancient complex of structures in Meath’s Boyne Valley is thought to have been constructed around 3200 B.C.  Newgrange features some of the most impressive rock art found anywhere in the world but is best known for the illumination of its passage and chamber by the sun on the winter solstice and also two days before and after the 21st December.

[3] Sky was a seven-part ecological science fantasy for children created for H.T.V. by Bob Baker and Dave Martin in 1975. Sky was filmed in locations such as Avebury, Glastonbury Tor and Stonehenge. Children of the Stones was another H.T.V seven-part Children’s Drama focusing on an astrophysicist and his son who lived in the midst of a Megalithic Stone Circle. Produced by Peter Graham Scott and written by Jeremy Burnam and Trevor Ray it was also filmed in Avebury in 1976.