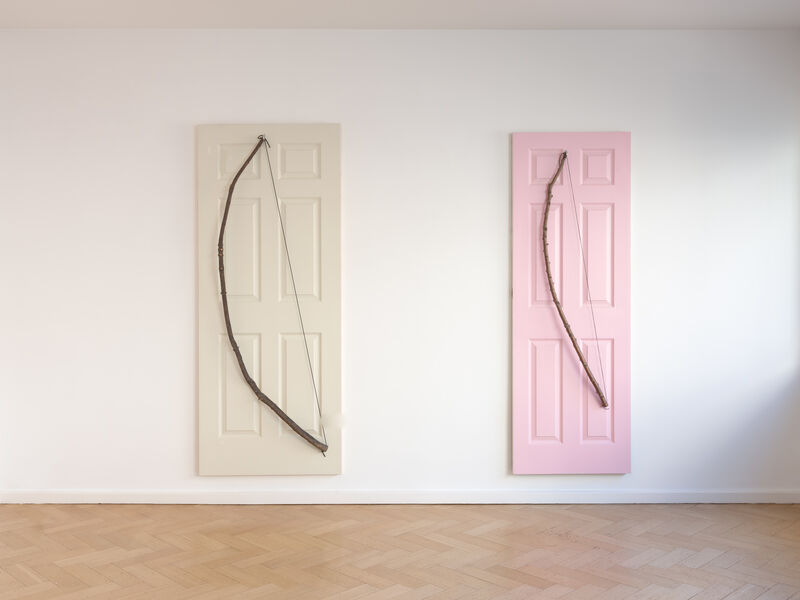 Office Baroque’s domestic setting (it’s located in an apartment in a residential district) provides an apposite backdrop to this doubleheader of works by two British artists made over the past year from immediately available quotidian components. While there are no explicit allusions to pandemia in here, the exhibition, produced by the artists in dialogue, inevitably reads like a meditation upon ennui, physical confinement and the resultant psychological privations.

The supporting walls of Sara MacKillop’s small sculptural ‘houses’ are made from file holders, while the ‘roofs’ are assembled from 2021 wall calendars. These works have a spontaneous, haphazard appearance and look as though they may have been built in order to stave off boredom. The pastel-hued calendars are distinctly kitsch, decorated with stock images of puppies and kittens. One is emblazoned with the mawkish phrase ‘We didn’t realise we were making memories, we were just having fun’, which has accrued a certain unintentional pathos in light of present circumstances. 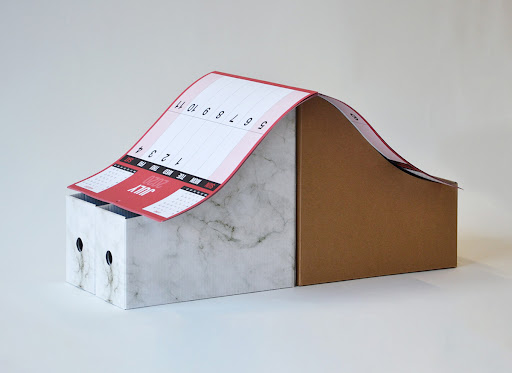 Keith Farquhar’s figurative sculptures made from found clothing have become synonymous with the artist since the early 2000s. All the garments featured here are mounted on found (and sometimes misshapen) pieces of board, which function as framing devices and lend the works an immediate pictorial character. In Falling and Laughing (2021, the title presumably a nod to Orange Juice’s debut single from 1980) a child’s one-piece cowboy costume is stapled upside-down to a jagged panel whose outline conjures an alpine scene. This costume, in turn, resonates with Farquhar’s three commanding sculptures (all titled Barbecue, 2020) made from doors onto which have been hung cursorily constructed bows, lacking arrows.

While evoking a childhood world of Cowboys and Indians, the viability of these objects as functional weapons lends them a sinister edge. These could be the more rustic, improvisatory pieces of hardware in a prepper’s arsenal; viewed in this domiciliary atmosphere, they call to mind the opening lines of J.G. Ballard’s final novel, Kingdom Come (2006), in which he observes, characteristically, that ‘the suburbs dream of violence’. 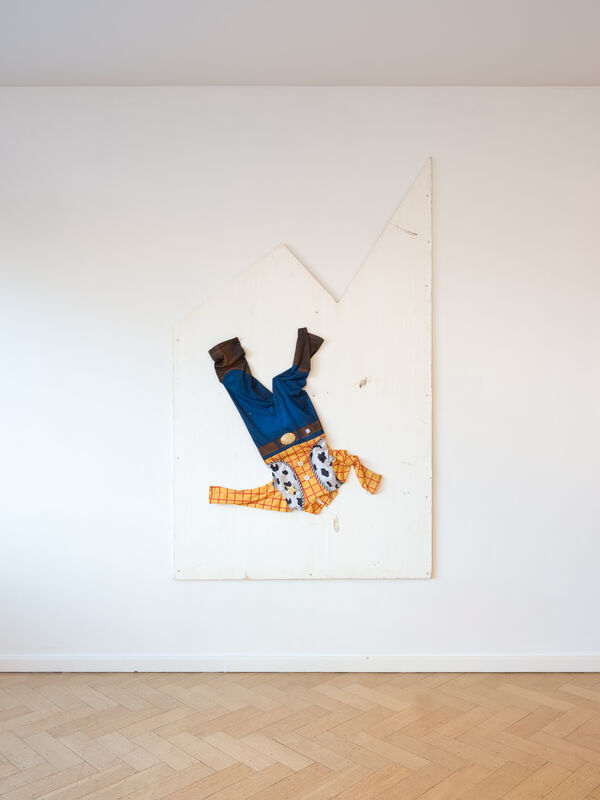