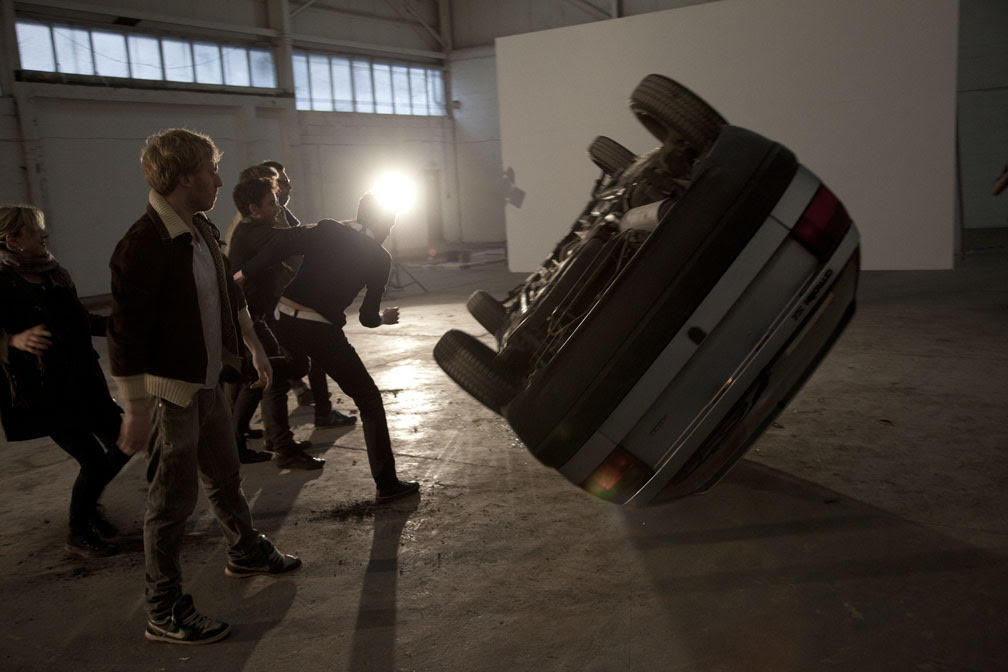 Luminous Flux is a project by Andreas Kindler von Knobloch in which the two divergent aspects of his practice—one informed by personal introspection, the other by radical collective action—are cohesively aligned. In photometry (the science of measuring light), luminous flux is a measure of the perceived power of light, evaluated according to its ability to produce a visual sensation and based on the sensitivity of the human eye. It is represented symbolically by the Greek letter phi, or ?. Here luminous flux embodies a human-centred understanding of the radiant power of change.

At the core of the exhibition is a structure erected to facilitate an immersive sensory experience. This deftly-engineered yet DIY enclosure surrounds a stroboscopic mechanism similar to that used in the Dreamachine, a kinetic device invented in 1961 by the artist Brion Gysin and technician Ian Sommerville. Described by its inventors as “the first art object to be seen with the eyes closed”, the Dreamachine altered alpha-wave activity in the human brain as a means of inciting psychedelic visual phenomenon. While the countercultural context from which this device emerged is of interest to Kindler von Knobloch, his main concern lies in the idea that external projections of light can generate inner visions within the viewer. Ultimately this emphasises how perceived stimulus from the physical world may have an unexpected impact upon the mental realm.

Alongside this sculptural installation and experience in perception is Dorje deBurgh’s photographic documentation of an action that took place in the days preceding the exhibition opening. For this action, Kindler von Knobloch gathered a group of people together with the purpose of overturning a car using only their combined bodily strength. This occurrence was not conceived in an attempt to revive the destructive rhetoric of the 20th century avant-garde, nor was it intended as some sort of gesture meant to propagate quasi-activist ideals. Instead, Carturn was instigated as a symbolic ritual—one in which the cathartic potential of collective human force is emphasised through destruction.

On the surface, the two elements of this exhibition might seem somewhat paradoxical. The documentation captures an exercise demonstrating the communal power of the participants to alter the condition of the external world. This contrasts with the passivity demanded of visitors to the gallery, whose participation seems to entail merely stepping into the alcove, sitting down and shutting their eyes. But this passivity does not reflect their mental state, as the light radiating from the revolving mechanism stimulates the optical nerve even through the eyelids, altering the electrical oscillations of their brain waves. The unlikely coupling of these facets underscores the idea that invisible, even immaterial energies are often just as powerful as physical actions—if not more so. Indeed, each possesses a capacity to incite change that is very real. Perhaps this juxtaposition can ignite a sense of possibility—something all but dismissed in a secular age—that a collective unconscious lies within our reach, and the power of communal thought may act as a catalyst for change.

The video footage included in this exhibition will be screened for one night only in another location just minutes from the gallery. A guide will bring people to the venue every half hour with screenings from 18.00 to 22.00.