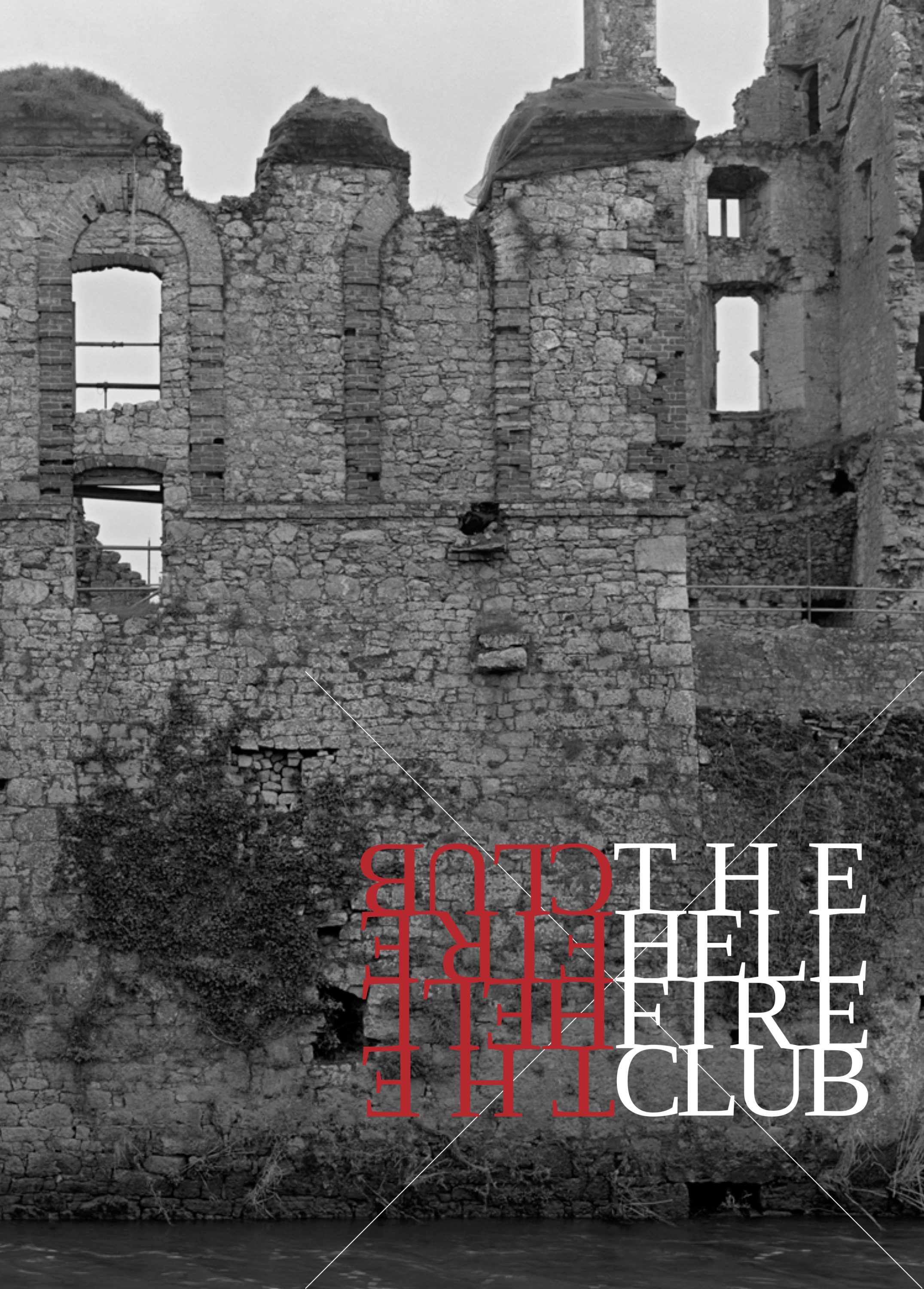 I hope this finds you well. Apologies for my delay in writing. There simply hasn’t been time since I arrived here almost a month ago. While I expected the daily regime to be intensive I never imagined the extent of the asceticism demanded nor did I foresee how busy I would be. The Order have established themselves in the town of Askeaton, not far from the city of Limerick of which I know you will have heard. Upon alighting there after a dull train journey from Dublin, I was struck by the street names and how the facades near the station evoked familiar parts of England. However there is an atmosphere of extreme melancholy to this place, far worse than anything I’ve ever experienced at home. I was met at the station by two of the Order who, in accordance with their codes of behaviour, I refer to as brother and sister. The full journey was really rather arduous and I am glad now I was instructed to bring only the most basic of belongings. At first I felt anxious of the enforced frugality but it has become evident to me that so much of what I considered to be essential to my existence is, in fact, of no importance. This has been just one important lesson learned during what has been a truly revelatory retreat.

We took a motorcar to Askeaton, idyllically situated on the banks of the river Deel. It is on an islet in this river that our place of daily worship and our basic yet pleasant living quarters are located. This accommodation is comfortable enough but would be simply uninhabitable in winter months. The Order is located here for four months between May and August for the solstice spell, as conditions would most certainly be too inclement for the rest of the year. I’ve been told this little island has been considered a sacred site since ancient times, and having been here some time now I can concur that there is a rather unique atmosphere of tranquility present. However, I believe this may owe in no small part to the dramatic ruins of a medieval castle that also stand upon the islet. Next to this stands another ruin, which is rumoured to have once been a Hellfire Club, inside the walls of which have been constructed the temple where our rituals and observances take place. The adepts, also the custodians of the impressive estate upon which these ruins and the temple stands, inform me that throughout the centuries several secret societies have selected this site to congregate. I’m certain that the rather fanciful notion of this ruin being some sort of Hellfire Club must have emerged from the misunderstanding – or perhaps willful distortion – of rituals or ceremonies spied upon by repressed and puritanical zealots to whom anything would seem depraved and diabolical. On the few occasions that I have met natives of this place I have detected a distinctive obsession with morality. It seems to me that the influence of the clergy over the people of this county is immeasurable and is nowhere more evident than in their sanctimonious piety.

As I have already mentioned to you, our regime is rather severe. There are a couple of newcomers who arrived within a few days of me; they too have found it a challenge to adjust. Every day we begin before dawn with adorations to the sun followed by allotted domestic duties that alternate regularly. The remainder of the day is given to study – a great deal of study – and I am making much progress on my path of learning and self-improvement. In total there are six others like me here who are new to the Order. There are lessons each day except Fridays which – being the day of Venus – is our day of worship and celebration. I have been giving lectures from a great work that I have been studying since last year by Dr. William W. Westcott, whom you may recall me speaking of recently. Westcott passed away last year but he had done such good work in assisting with the foundation of the Order. He may have been surrounded by a degree of controversy at a time but this cannot detract from the values of his contribution. Our study is punctuated by regular ritual practices and group exercises and it has been warm enough in recent days to swim frequently in the Deel.

One of the most physically demanding and rigid aspects of the regime, which all members of the Order must adopt, is the dietary system. While adapting to vegetarianism has not been a challenge and has in fact proved beneficial to my physical constitution and mental temperament, it has been difficult to become accustomed to fasting. Nevertheless, as this is one of the imperative methods of self-discipline, it is mandatory to endure if I am to reach the next stage of my initiation. Since my arrival to the Order I have fasted twice. The first period was a day and a night and the next two days and nights, all in preparation for my final initiation rite when I will not eat for four days and nights. On the fourth day my achievements are to be celebrated with a procession to the temple, on the fifth day I will cease my fast and my fellow disciples and the adepts who guide us will praise me and we will all break the fast with a feast. These exercises probably seem very strange to you. However, this and other rites have not been taken by everyone here, for the adepts design different systems for each of us, carefully considered to respond to the nuances of our character. Moreover, these actions have already lifted many veils. 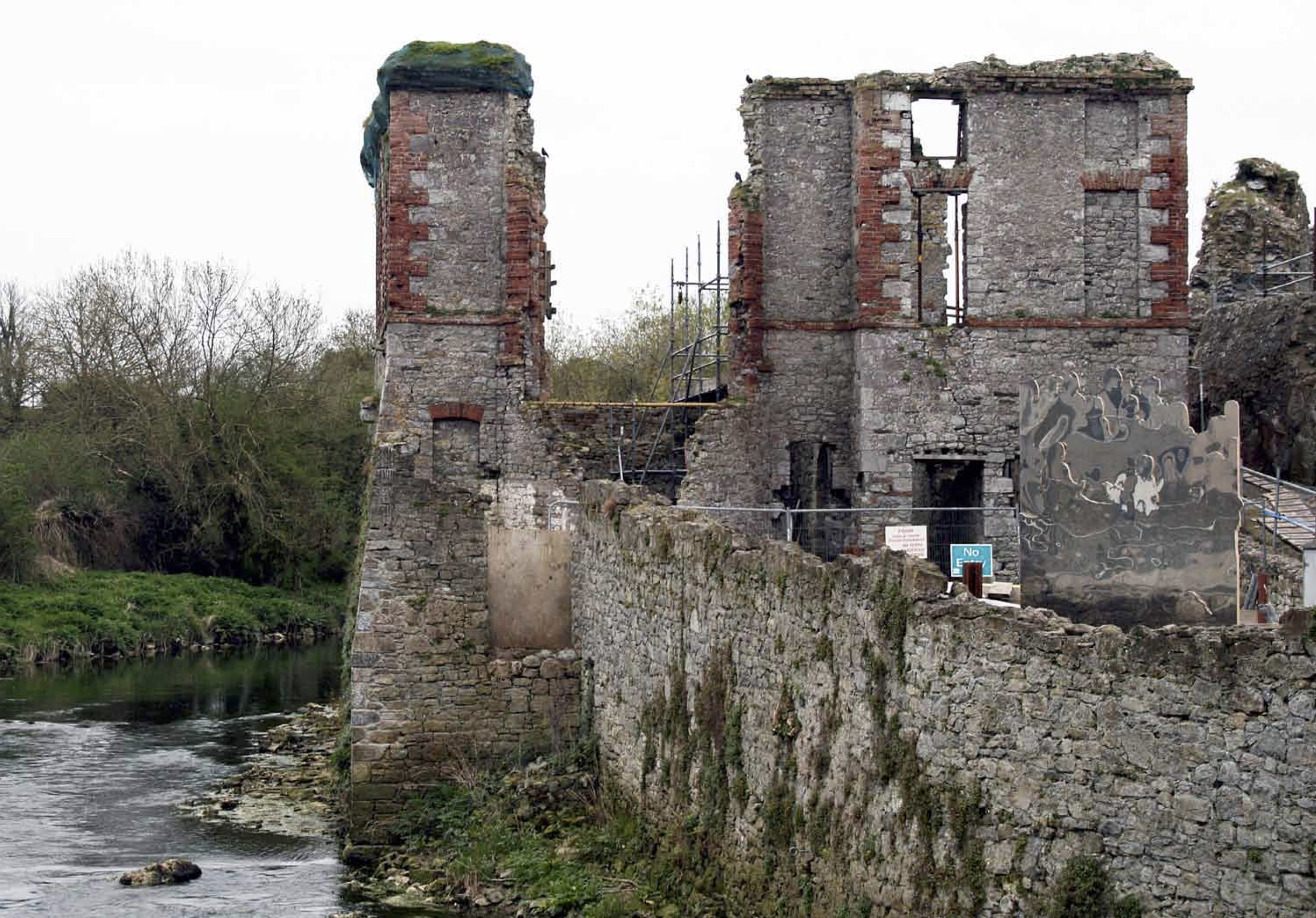 The most revelatory of all the experiences I have had since arriving here came during an exercise that I was obliged to endure in order to hasten my abilities in what the Order terms self-observance. At sunrise on my third day after arrival I was led into a bell-shaped chamber carved out of solid rock. Set into the floor of this chamber I saw a narrow square of polished silver, around which ran a broad copper band and ten lamps, set in small stars of iron, giving a faint blue light. When the door closed behind me I was left in solitude and I felt calm at first. With the passing of time each candle burned to nothing and eventually I sat in complete darkness. The hours of total darkness I endured in that chamber were torturous at times but what I initially felt as a strain upon my nerves has, over time, produced a deeply positive reaction within me. Upon reflection I’ve come to believe that during that seemingly endless night I was in a sense reborn, and the scales that obscured my spiritual sight for so long have since fallen away.

I suspect sharing these experiences with you will cause concern. I do apologise if this is the case and urge you not to worry for my well-being. I know that while you have tried so many times in the past, you cannot understand the reasons that I have for joining this Order and coming alone to this little island where I am literally secreted away in seclusion. Nevertheless, I must tell you that now for the first time in a long time there is something stirring within me that feels like happiness. I need not confess to you what you already know well: that I have been searching so long for a path that I could follow with confidence, knowing that I had found my way. I’ve never been satisfied to accept as final those accepted beliefs that were foisted upon me since my very beginning. This is perhaps my arrogance – I am still quite young – but at any rate it is a part of me that I cannot dispense with, though I have sometimes wished I could. I suppose that this is at the core of why I am here. I have come here from London because the ideals of the Order and the system that it promulgates are the only option for me if I am to continue.

Much and all as I consider myself modern to the core and embrace what has been afforded to me by this modern world, I also feel that there is a great deal that has been inadvertently hidden from me which I have been deprived of. What I mean to say is, I have long thought that there has not been enough time for us to adapt to the changes that we ourselves have brought about in these times. Our hunger for progress has eliminated knowledge of certain subtle energies and precious things. Precious things that language cannot communicate. Superphysical things, the loss of which I believe Iies at the cause of a substantial fraction of problems in the world today. I believe that my work with the Order is bringing me closer to rediscovering the intuition and potential that I possess but which has been dormant and inactive within. The quiet contemplation, and the process of repeating affirmations and decrees, all of which are integral to the programme upon which I am so very committed, ensures not only my continued growth but my survival. For I have been strengthened by my time here and I am pleased to have found others with whom I can share my beliefs.

Before coming I feared that I was unable to function in the world, I was bitter and my affections weak. In my weeks here the Order has made me realise that one simply must learn to love everybody. For it is our conviction that within everybody there lies a spark of the omnipotent, omniscient and omnipresent creator. EVERY living thing is as a spark from the Divine Flame. I suppose that in many ways this isn’t all that different from the Christian dogma that you remain faithful to. Perhaps the difference is that the path I have chosen is one that I actively adore, as opposed to being despondently duty bound.

While I am confident and glad that I have come here, I do miss you very much. I expect that even if you write as soon as you receive this, I shall have to wait a fortnight at least before I hear from you. I hadn’t thought of this before leaving, I hadn’t realised how much I would miss you but now it bulks very large and horrible. I imagine that this is because I know now that you and I have parted ways. Nevertheless, I remain resolute that I must continue to work hard to make the time go and have something to show for it. My mission is to travel and continue my work with the Order. Please know while I am now committed to my new path of learning it will always be you who has had infinitely more influence on me intellectually than anyone, and for this alone I love you, no matter what the future brings. I hope you will get my letters quick and often.

Love is the law, love under will.