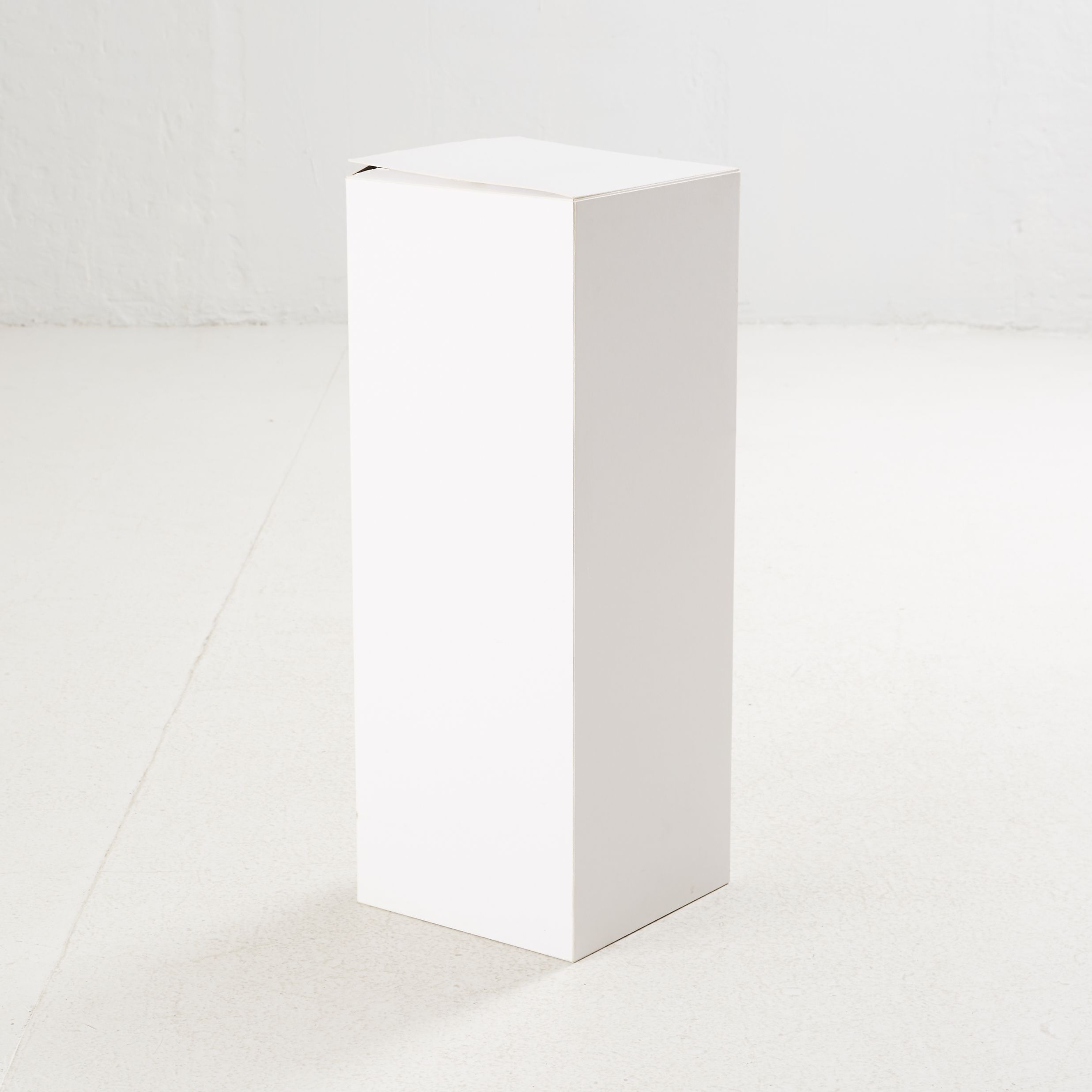 Temple Bar Gallery and Studios presents Compendium, a group show of new and recent work by artists based in  Ireland and the  UK . The title, meaning ‘a collection, something compiled, a body of knowledge’, is intentionally nostalgic, evoking memories of book or box collections, usually of stories, games or comic book fictions gathered together to inform or entertain.

Compendium, the exhibition, is a compilation of artworks, each one selected for its strong storyline, narrative references or anecdotal content. The place of narrative in contemporary visual art practice is explored by artists using a diverse range of media (painting, drawing, text, film sculpture, image and sound). Together, the works form a repository of fictions, recollections and recreations. Remembrance and imagination are central to how the narratives are related and configured, but the transformation occurs in how (and to whom) the tales are told.

In the context of the art space, possibilities are opened up for alternative forms and for narrative strategies that are both linear and fragmented: The scenes depicted in Colin Crotty’s paintings are sourced from old photographs which are then altered by Crotty’s painterly interventions. The viewer arrives at multiple narratives or stories within stories suggesting some of the fictions of quotidian life.

Anne Kelly’s work, Aperture, is a piece in three parts. Each drawing of a different nocturnal animal has been developed using graphical perspective techniques on a number of intersecting picture planes, brought together to create one image of each animal. Kelly’s drawings invoke an imaginary three-dimensional space and the possibility of a parallel world.. Dan Hays’ story is, partly, about how he makes his work. Colorado Winter Wonderland comprises nine lenticular prints. The process is probably best known to us through advertising, novelty postcards and, maybe most memorably, from the 3D Jesus on the Cross. Hays’ series touches on some of the kitsch aspects of the process and takes the viewer on an imagined tour of the  Colorado wilderness through various aesthetic prisms forming its own compendium of sorts.

The Otolith Group have set their story in space, since ‘Earth is out of bounds to us now’, as the viewer is told at the beginning of Otolith, an essay-film that imagines a future in which humankind is confined to outer space. Through a variety of archival footage – encompassing digital news footage and 35mm film shot in the 1940s – the narrative weaves together public histories and private memories. Dennis McNulty’s The Here and Now/Crystalline Space considers how points of contact emerge between parallel visual and aural narratives both dealing with the construction and description of space. His story is told in a loop, a line and a circle. The viewer is folded into the work with real space giving way to a grid of hallucinatory reflections.

The publication collaboration between curator Pádraic E. Moore and internationally renowned artist/designer Peter Saville documents a telephone conversation that took place in November 2008. The free-flowing and spontaneous exchange is a fascinating piece of text, expansive and anecdotal and referencing many milestones in Saville’s career. The publication designed by Saville is displayed upon his recently conceived flatpack plinths. Copies are available from the gallery.

Publication may be viewed here 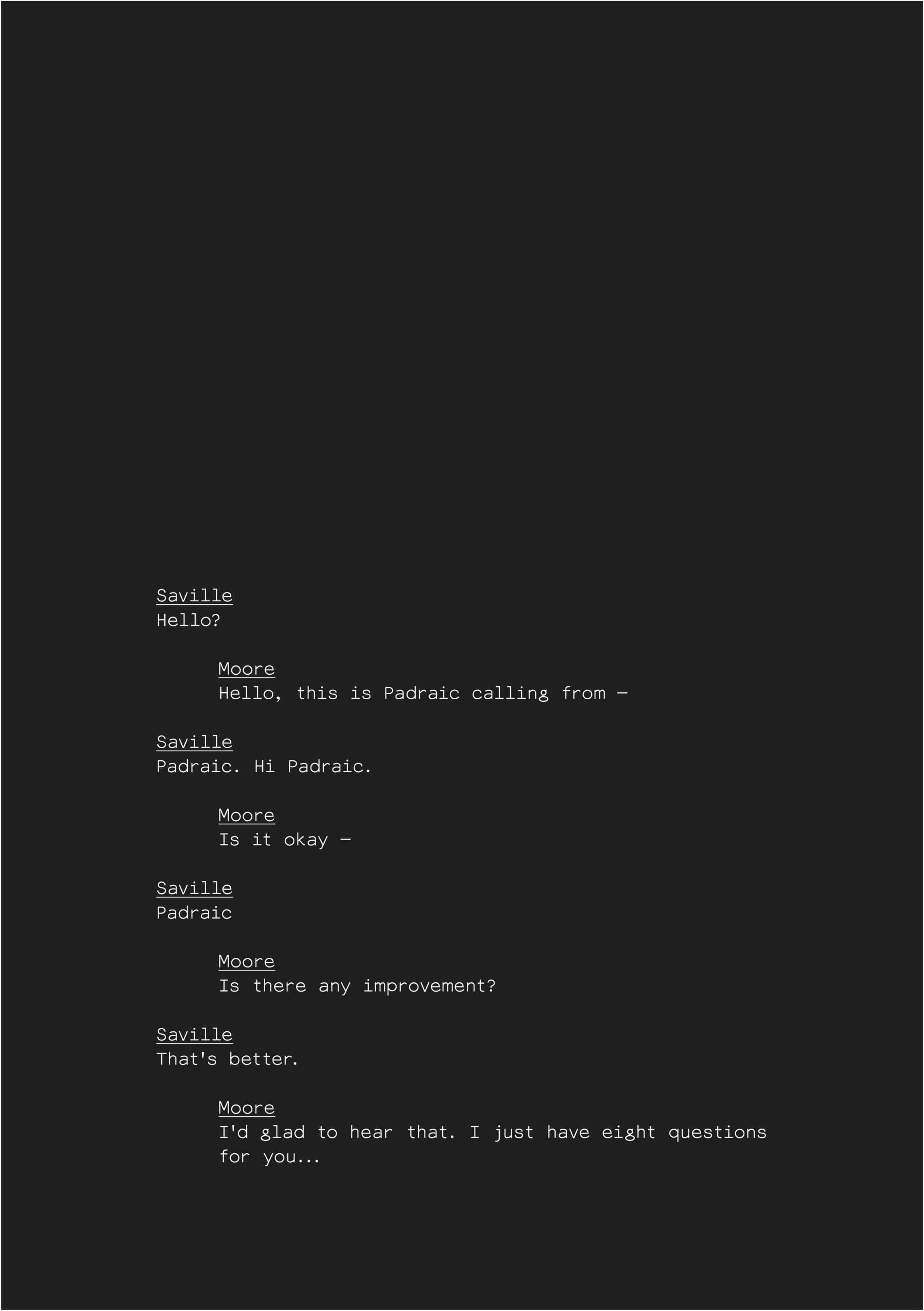