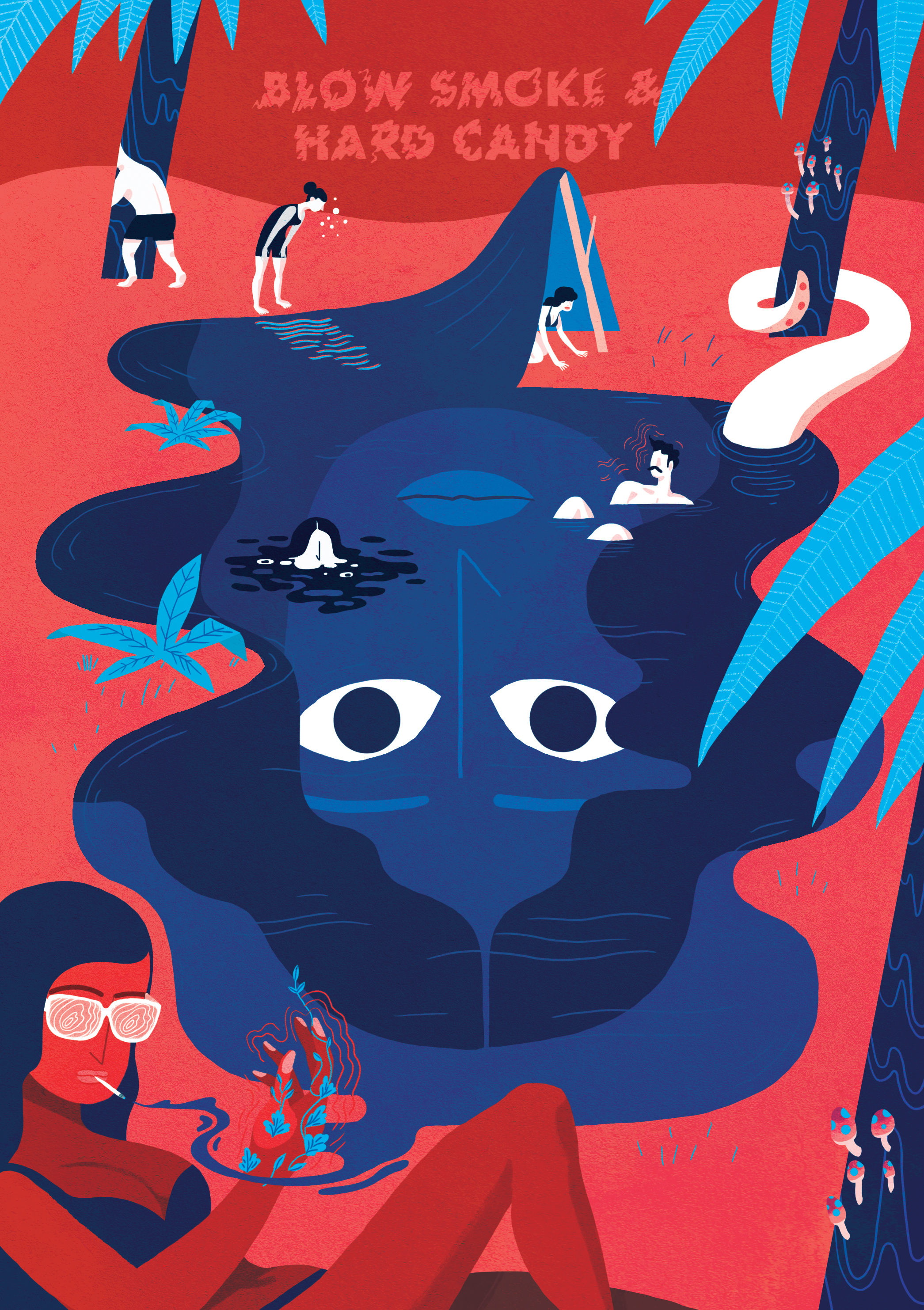 In the summer of 1966 psychologist Dr. Timothy Leary delivered several lectures at the University of California as part of a conference on the subject of LSD. The fact that this conference was sponsored by -and taking place at- an academic institution emphasises how the psychoactive substance was then still viewed as worthy of serious medical research. Although it would become synonymous with the countercultural movement, there was a period in the 60s when many people publicly promoted LSD as a cure to a constellation of psychological and social ills. Leary was one of many advocates from a cross section of society – including respected psychotherapists – claiming that LSD possessed potentially beneficial properties. For this reason – and the fact that it was still relatively new – the substance was for a time considered somewhat different from other drugs. However, as LSD was adopted and endorsed as an almost sacramental substance by many of those affiliated with countercultural movements, the status of the wonder drug soon changed. It soon came to be viewed like any other substance used and abused recreationally; a scourge, something that contributed to a sick and deviant society. Although Leary never condoned taking LSD as an end in itself, legions of hedonists adopted his idea to justify their appetite for recreational debauchery. In an effort to curtail the surge of interest in and consumption of acid that had reached pandemic proportions legislation was passed in many countries by the late 60s.

As the 70s dawned it became apparent that the revolution some had believed could be brought about via the consumption of LSD would not come to pass. Moreover, new sociopolitical urgencies and cultural trends emerged which were incompatible with the psychedelic experience and all that it entailed. Although there were still those for whom tripping on acid remained a transcendent experience, the drug would never again be given serious or legitimized attention as being a potential catalyst for change within society. As the hippie movement was assimilated into the mainstream the more radical aspects of 60s counterculture were neutralised. Nevertheless, significant ideas and practices first popularised in that decade flourished in its wake. In particular, a spectrum of what are now termed ‘New Age’ beliefs offered the central tenets for countless alternative therapies and self-help psychologies that in the 1970s began flourishing in the West. Astrology, occult tarot, and the use of crystals became integral to a variety of easily commodifiable methodologies offering a means of self-improvement. One individual who epitomises this movement is Marcia Moore (1928-1979) a celebrated Yoga practitioner and author of several books on astrology and occultism including Astrology: The Divine Science, Diet, Sex, and Yoga and Reincarnation: Key to Immortality. In the seventies, Moore worked as an ‘astrological counsellor’ and developed a method of reincarnation therapy which she called hyper sentience which she promoted at the renowned town of Ojai in Southern California. I first encountered the work of Marcia Moore three years ago through her 1978 book Journeys Into The Bright World. The book instantly appealed to me, representing as it does one of the more arcane chapters of late 20th century utopianism. Essentially, the book is a summation of Marcia Moore’s experiments with the anaesthetic ketamine and a declaration of her conviction that the drug had profound potential for consciousness expansion. Moore was first introduced to ketamine at the in 1976 when she was 48 . Although she had always been interested in exploring planes of consciousness until that point she’d been doing so without psychoactive substances, only through meditation or yogic practices. However, it would seem that this first encounter with ketamine was so revelatory for Moore that she soon eschewed her ascetic existence and began integrating intravenous ketamine consumption into her yoga and meditation regime. For Moore ketamine was more than just an anaesthetic, it was an elixir that enabled her to attain the meditative absorption that she had been trying to attain for three decades via natural and psychic means. Moore and her husband (then an accomplished anaesthesiologist) embarked upon numerous ketamine trips some of which are detailed in the book. The descriptions of these experiences reveals the extent to which Moore believed ketamine was a capable not only of hastening access to levels of inner consciousness, but also facilitating astral travel and allowing one gain knowledge of their past lives. So convinced was Moore of the power of ketamine that she devised a system of therapy around it. This system, which devoted yogic exercises and group meditation with sessions of Jungian psychotherapy punctuated by ketamine consumption, is outlined in a chapter of Journeys.

From a historical perspective Moore’s aspirations should be viewed as representing the last gasp of the utopian doctrine that Leary had also championed a decade before. Whereas Leary had proposed that LSD could precipitate an evolution of consciousness, Moore envisioned ketamine would bring about a ‘religious renaissance’. However, while such ideas gained a degree of traction amongst a particular contingent in the 60s (when they were still novel) they were no longer considered permissible by the time Moore’s book was published in 1978. By then a backlash against such ideas was underway and the doctrine Moore advocated would have been viewed at best as outdated and at worst dangerous. 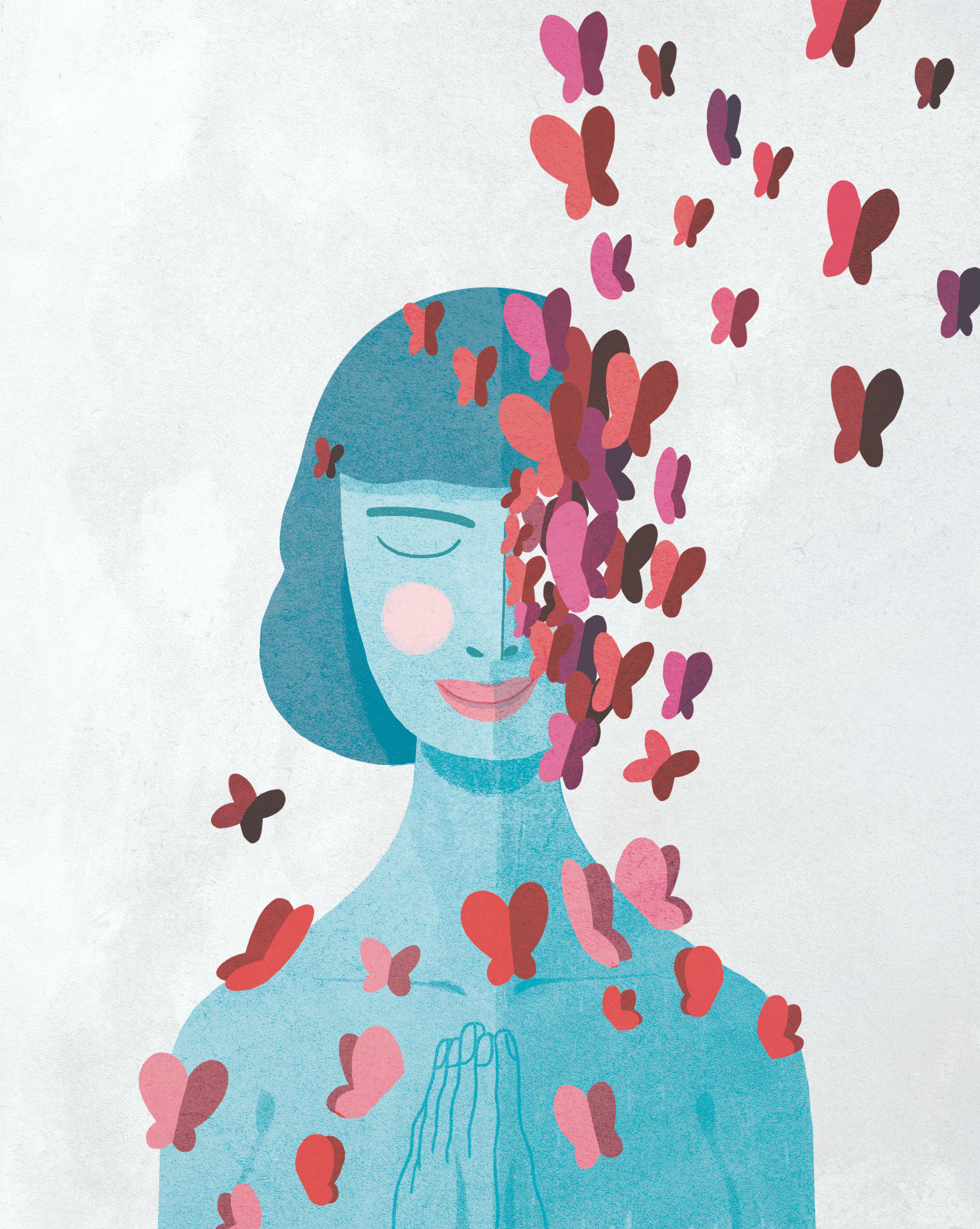 Although in the book Moore defends her ketamine experiments as distinct from recreational drug use – of which she is highly critical – and claims that her use of ketamine had a rejuvinative spiritual value, in the book Moore inadvertently and naively reveals numerous details suggesting that her relationship with ketamine was perhaps less healthy than she realized. This is exemplified in the tendency to make grandiose claims regarding the potential of ketamine, which become harder to swallow as the book progresses and the fact that she begins to refer to herself as “priestess of the Goddess Ketamine”. The book exemplifies the extent to which some individuals were so determined to contribute something to the evolution of human consciousness, that they became captivated by a New Age illusion and became completely delusional in the process. Journeys Into The Bright World descended into obscurity soon after it was published and was never reprinted. As a result the book is now difficult to acquire, although one of the 5000 copies printed in 1978 occasionally shows up on eBay. Many factors contributed to the demise of the book and the idealistic vision its author promulgated. The tone of the language and whimsical notions promoted by the book were out of kilter with the period in which they were published, being more in tune with the kind of consciousness expanding literature that had been popular in the previous decade. Another factor that proved even more damaging was the fact that the book emerged around the same time that non-medical use of ketamine was rapidly escalating. Inevitably, a repercussion of this rise in the illicit use of ketamine was that it came to be viewed both legally and morally in the same negative light as any other drug consumed recreationally.

The tainted status of ketamine ensured that Moore’s reputation and that of her husband was seriously compromised by this book that reads as a declaration of their belief in this substance as a catalyst for a religious renaissance. However, what really cast a shadow over Moore’s book and blighted the philosophy it condones, was the mysterious fate that befell its author in the year following its release. While no one has ever established precisely what happened to Moore, several facts regarding her tragic end are certain and knowledge of these invariably alters how one reads and interprets Journeys. What is known is that on the 14th of January 1979, Moore disappeared from her home in Washington. Her whereabouts were a mystery for two years until 1981 when her skull – identified via dental records – was discovered in a forest some distance from where she had lived. The cause of Moore’s death and the circumstances which precipitated it, remain unexplained although various scenarios have been hypothesized. One is that Moore – who had been consuming excessive quantities of ketamine in the months leading up to her disappearance – went wandering on that wintry night, became disorientated and froze to death. A more sinister explanation posited by Moore’s children was that she had been murdered – perhaps even sacrificed – by a faction of sinister occultists. It has also been proposed that Moore committed suicide, and that her book contains clues which suggest that she had been intending to do so for some time. In any case it seems probable Moore’s death was connected in some way to her dependence upon ketamine, which is reported to have worsened in the period after her book was published. This proved that while ketamine gave Marcia Moore the ability to tap into the idealism that was still available in that period, it also undermined her sense of reality and ultimately proved to have life negative properties. It is easy to see flaws and be cynical about a book authored by a person who sought to make herself a high priestess of Ketamine and was convinced that this psychoactive substance she had such a penchant for was an antidote to society’s ills. Yet, regardless of how misguided (or not) one thinks Moore may have been, there is much of significance to be found in her book.

Journeys is a valuable record of a certain brand of visionary idealism that became nonviable -and was eradicated- in the time that has elapsed since Moore’s book was published. Today there are probably more people than ever using psychoactive substances but gone is the glimmer of ambition, it is now simply a means of accelerating into a cul-de-sac of oblivion. There are no longer figures like Moore who attempt to separate potentially beneficial properties of drug use from the problematic, destructive behavioural patterns they are inextricably connected with. Reading through Journeys one gets a strong sense of this idealism, founded upon the conviction that the transcendental experiences psychoactive substances offer should be taken seriously and responsibly. They could expand human consciousness beyond the limitations of the material, visible world. Perhaps what makes Moore’s book so important is that it serves to remind us that people once believed that unlocking ones consciousness had social and political implications. It encourages one to think subjectively and question the rigid structures that dictate one’s everyday life. It reminds us that people once believed that consumption of certain substances could be combined with humanitarian ethics and spiritual evolution.