Transfers (Extracts from a Glossary) 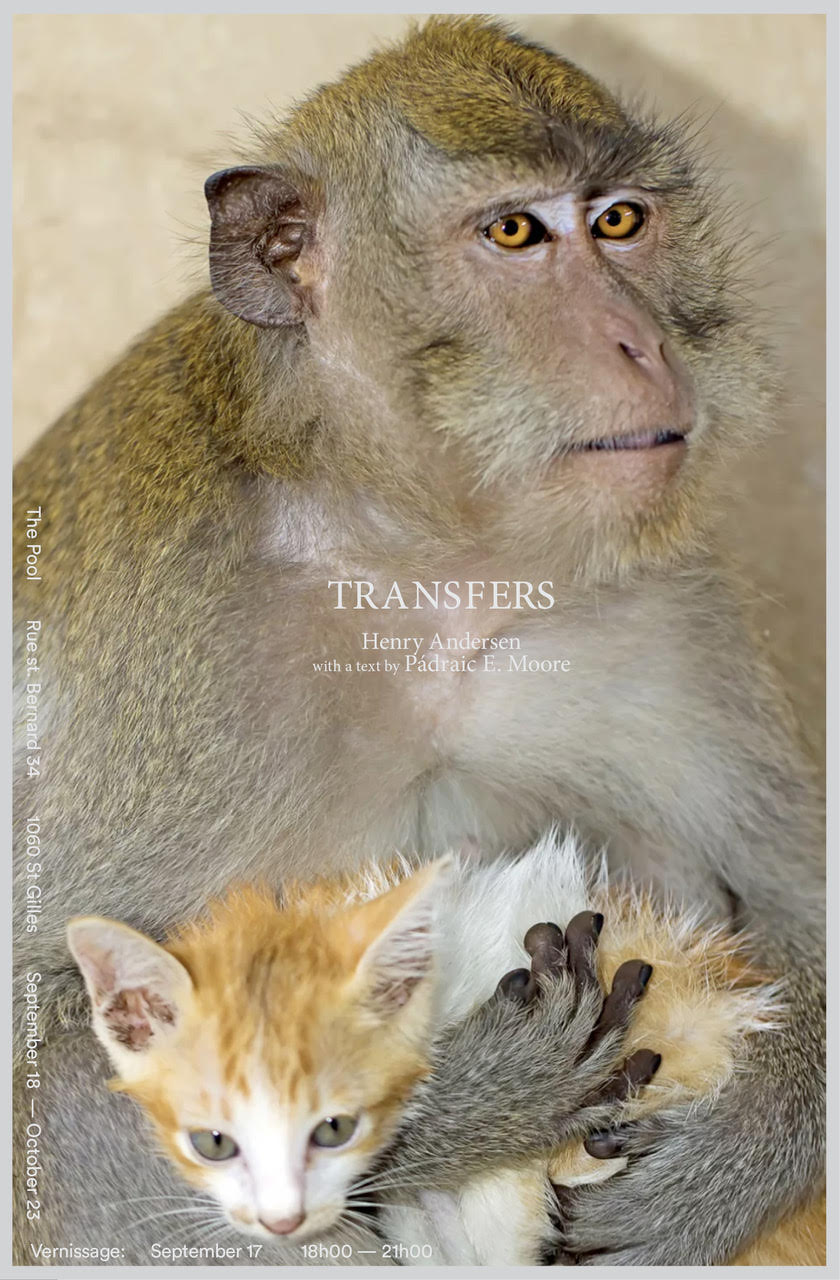 Extracts from a Glossary

In 2020, while browsing through a market in Zurich, Henry Andersen happened upon several binders. Inside each were hundreds of acetate sheets containing vast quantities of aluminum foil lids from pots of UHT coffee cream. The array of subjects printed on these peelable caps is encyclopedic, including illusionistic abstract compositions, saturated technicolour photos of cowboys, and perhaps most incongruously, images of the mechanical pump-jacks (aka ‘nodding donkeys’) that are used to extract oil from the earth. These anachronistic foil trinkets were manufactured from from mid 1980s to the mid 90s by several Swiss dairy companies. They are essentially the final iteration of the collectible cigarette or bubble gum cards that circulated in the early 20th century, originally intended to promote a particular product.

This profusion of ephemera was the starting point and raw material for the works in this exhibition by Andersen, all of which were produced over the past 12 months. The other component of this exhibition is the series of rods that ‘connect’ various horizontal surfaces of the exhibition space. Evoking the sticks of Andre Cadere, they are made from epoxy resin; a petroleum derived substance here tinted blue. Andersen has titled these rods Hyperlinks; a term that refers to the ubiquitous components of computing that could be described as the arteries of the internet.

The definitions below have been written in response to Transfers. They form part of a glossary that expands on the physical and thematic qualities of this exhibition and relate mainly to the commodification of fluids (such as milk and oil) or related rituals. The glossary also includes references to pathologies that are emerging in or relevant to the 21st century. In several instances, these definitions differ from and contradict those published elsewhere. These entries form part of a more extensive glossary due for completion in 2022. 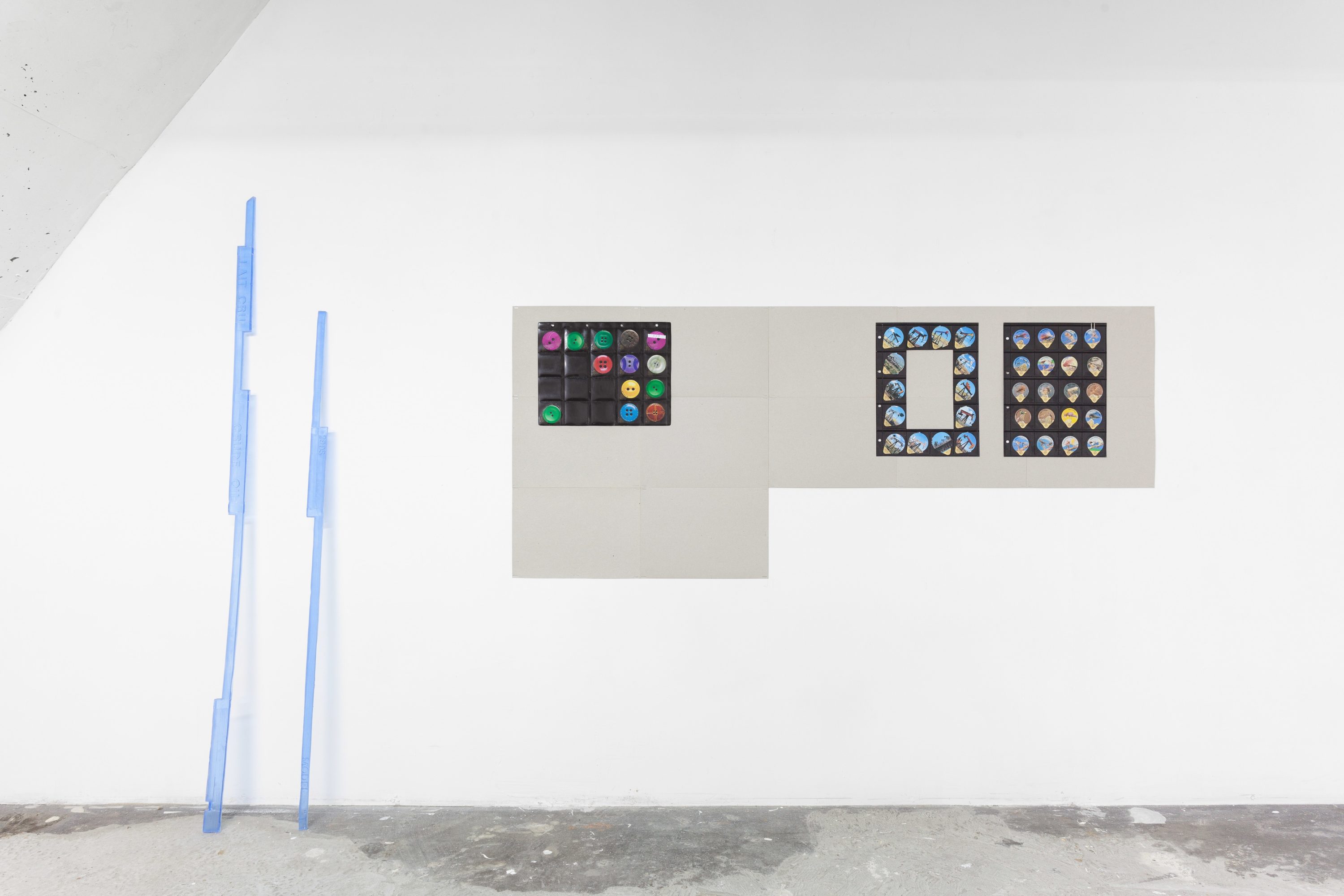 Black Goo is a viscous substance resembling raw oil that has been reported in Patagonia, Falkland (aka Malvinas) Islands, Uzbekistan and Kazakhstan. Reports of the substance have mainly come from individuals affiliated with military bodies and private security firms involved in defensive maneuvers. Black Goo is alleged to be a sentient substance; emerging from fissures in the earth, it is said to be attracted to technical devices including computers, cameras and surveillance equipment. It has been claimed that officials from the US Department have isolated the substance for scientific analysis.

Brent Crude is the term used to describe the mix of crude oil extracted from several fields in the North Sea. Along with West Texas Intermediate (WTI) and Dubai Crude this is one of the main types of oil used as a barometer or benchmark to establish the global value of oil. 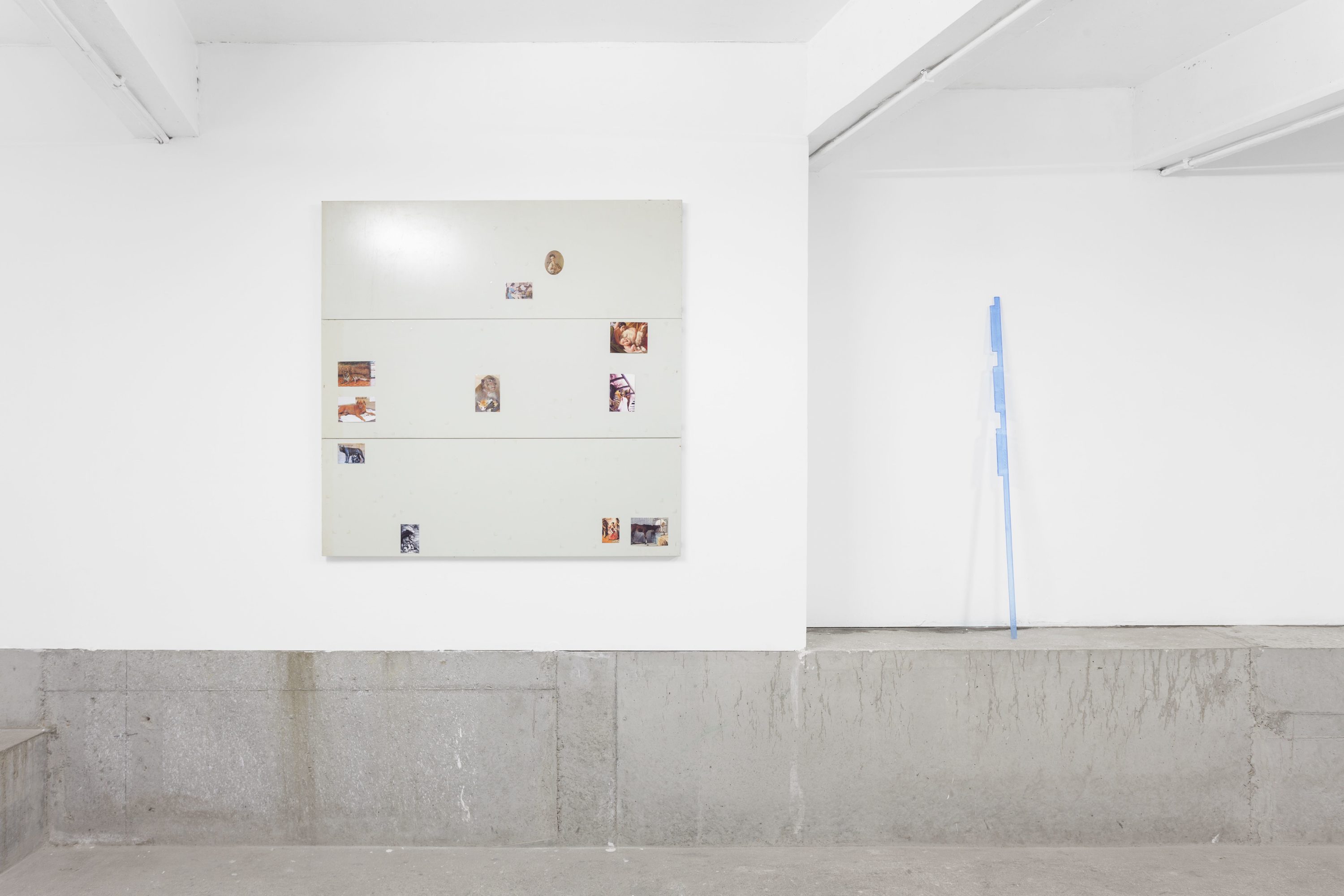 Cowpox is a relatively rare illness in cattle that can potentially be spread to humans via lesions on the skin of animals. In the late 18th century, English Doctor Edward Jenner (1749-1823) proposed that being infected with cowpox could protect a person from later becoming ill from  smallpox, a far more dangerous illness. It was claimed by Jenner’s biographer that the ideas behind this early form of immunology were conveyed to Jenner as “a piece of folk wisdom from a milkmaid”.

Ectoplasm is a term first used by parapsychologists in the late 19th century to describe a supernatural substance alleged to emerge from the orifices of spirit mediums when in a state of trance. Descriptions of ectoplasm vary widely, from vaporous, a plastic paste, a bundle of fine threads, a membrane with swellings or fringes, a fine fabric-like tissue, some reports suggest it was luminous and possessed electrical properties. It was not only spiritualists who investigated the substance but also those working in the fields of science, physics and cognitive science. Both spiritualists and scientists viewed the phenomenon as a potential bridge between material and immaterial worlds, a medium with which one could communicate with another dimension; the borderland where matter and force seem to merge into one another. 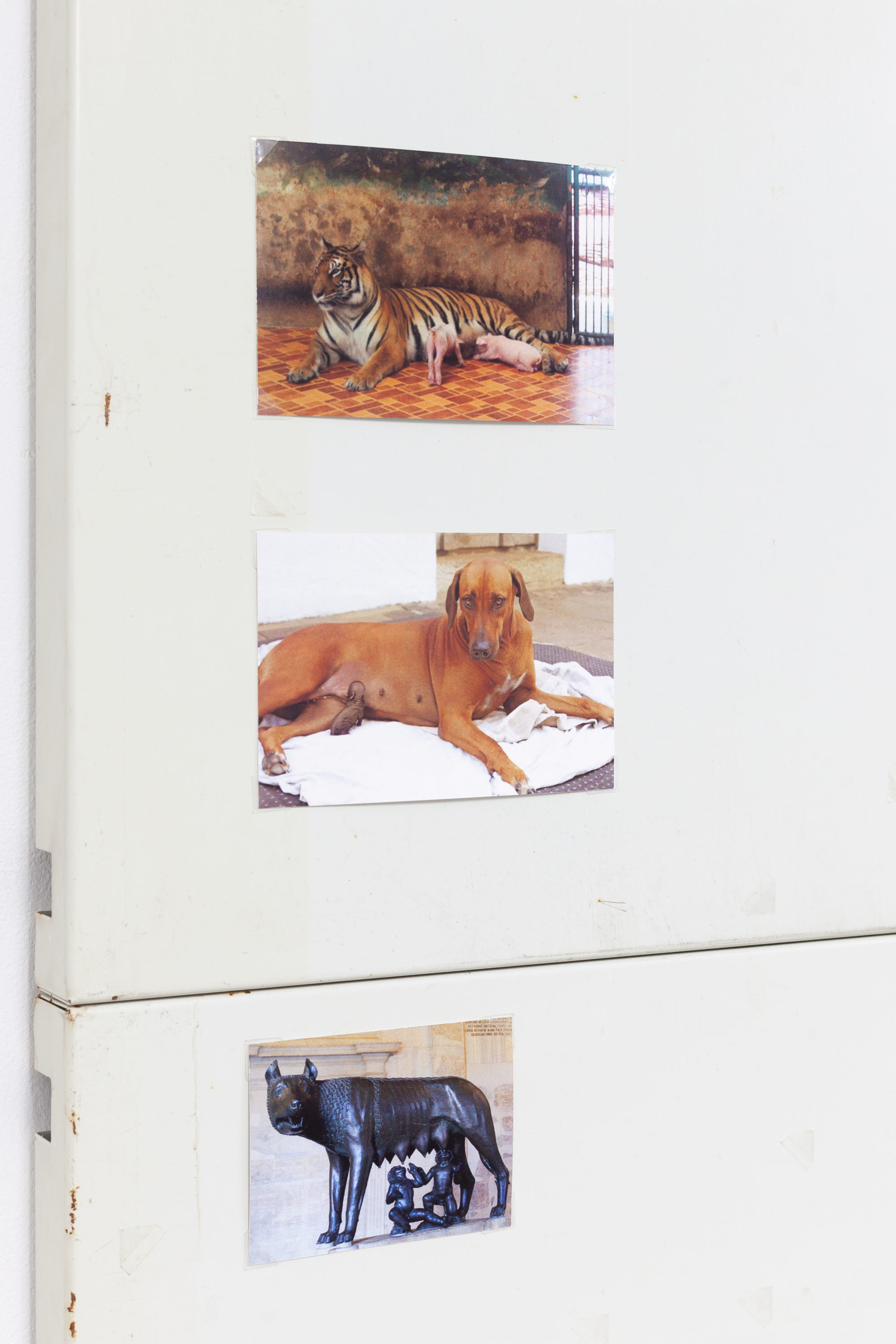 Fluid bonding is the practice whereby two or more sexual partners intentionally share each others bodily fluids in various sex acts. The practice rapidly fell out of favour amongst non-monogamous partners in the mid 1980s but has grown more popular again since the beginning of the 21st century.

Milk Drinking Reptiles are a pervasive trope in the mythology and folklore of many cultures.  Milk and lactating are solely mammalian traits and so the idea of snakes and lizards suckling women or cattle was viewed as unnatural and even diabolical. Christianity affiliated snakes with the devil and so even the European grass snake came to be viewed as an evil thief whose presence was a portent of calamity. Despite the pervasive dominance of Christian beliefs there remain several countries in Europe where vestiges of pagan traditions linger and where it remains customary to leave offerings of cow milk to grass snakes. 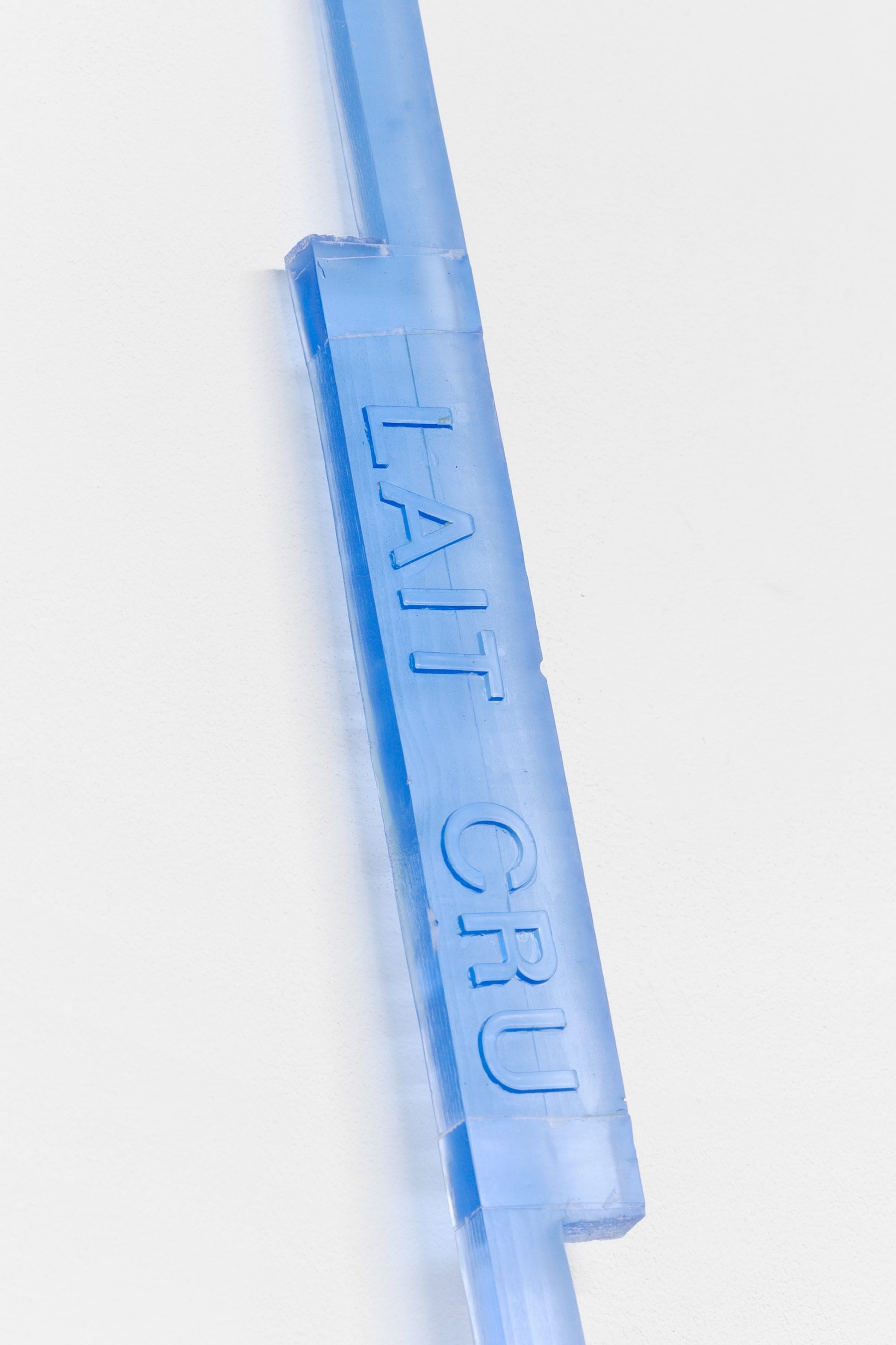 Milkinship is most broadly the creation of familial ties and relationships via the act of lactating and consuming breast milk. The term can also be used to describe a milk sibling; ie. one who is not a biological sibling but has consumed milk from the same wetnurse. In medieval Europe, milk kinship was used to create and maintain national alliances as the bonds formed between milk ‘siblings’ were considered equally strong to those between ‘blood’ siblings.

Moonmilk is a substance resembling cream found inside limestone and dolomite caves and is occasionally referred to as cave milk. It remains unclear as to whether or not the substance is created by chemical or bacterial processes that result in the liquefaction of limestone. Up until the 20th century it was widely believed that moonmilk was created by rays of light from celestial bodies (such as the moon) condensing on earth. The substance was believed to possess restorative properties and was sold in pharmacies as remedy for heartburn.

Morgellons Syndrome is a condition that is characterised by unusual skin conditions and  insidious neurological symptoms. Although first identified in 2001, the existence of the condition was contested by the medical establishment until recently. The distinguishing symptoms are the almost microscopic filaments or fibres of various colours that are embedded beneath or inside the skin, frequently creating lesions. Several researchers have suggested that these fibres are a hybrid of ectoparasites or arachnids and non-organic, synthetic technology. The Morgellons Research Foundation states that there are sufferers in “every continent except Antarctica.” Sufferers include Joni Mitchell, who has spoken publicly of her struggles, describing the syndrome as a particularly “weird incurable disease that seems like it’s from outer space…fibres in a variety of colours protrude from my skin…they cannot be forensically identified as animal, vegetable or mineral. Morgellons is a slow, unpredictable killer—a terrorist disease. It will blow up one of your organs, leaving you in bed for a year.” 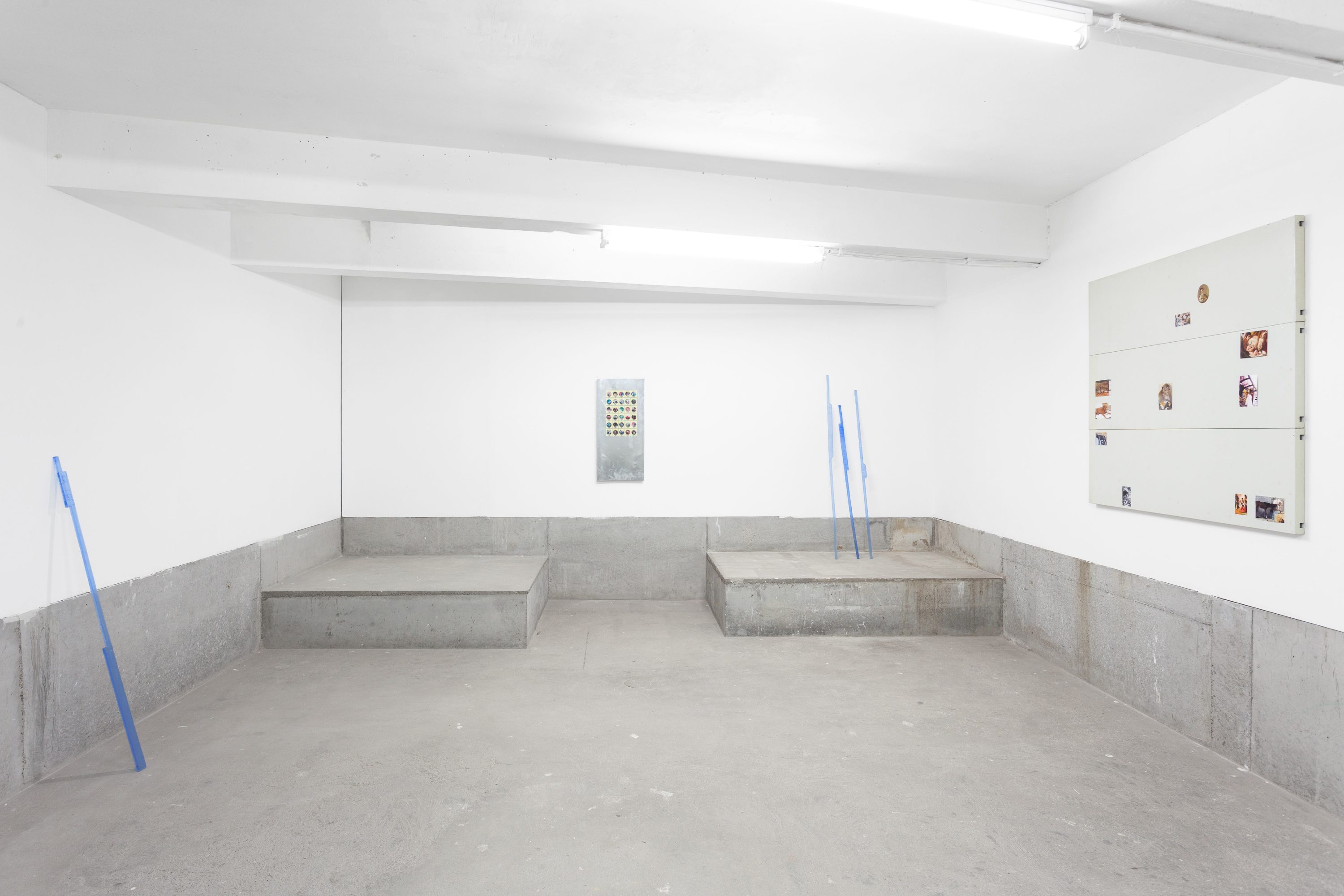 Nanoplastics are particles that have been unintentionally caused by the degradation of plastic objects. These particles colonise all terrestrial and marine environments and enter the bodies of all species. Nanoplastics accumulate in fat tissue and have been shown to also integrate themselves into the organs of marine mammals including the gallbladder, pancreas, and the brain. Recent studies in mammals have explored the neurotoxic effects of nanoplastics but little is known about the adverse health effects of nanoplastics on humans.

Oxytocin is released in large amounts during childbirth, breastfeeding and also after stimulation of the nipples. Recent scientific studies have established that oxytocin is also vital to behavior including orgasm, penile erection, ejaculation, pregnancy, uterine contraction and milk ejection. In 2018, the substance was successfully synthesised and is now sought after and coveted as a hard to source recreational substance with extremely stimulating, euphoric properties.

Porphyria is a group of genetic blood disorders caused by problems with how the body produces an essential substance called heme. Heme is found throughout the body, especially in blood and bone marrow where it conveys oxygen. Porphyria is particularly prevalent in the royal bloodlines of Europe. It has been postulated that Porphyria contributed to the formation of vampire and werewolf legends, based upon certain perceived similarities between the condition and the folklore, such as a craving for blood and an aversion to daylight.