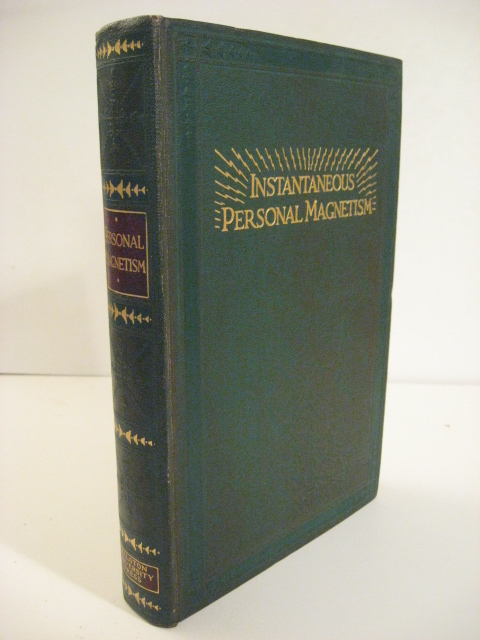 Despite the various advances made by our antecedents it would seem that in the present age there exists little general knowledge, and perhaps little interest among the public, regarding the real nature of personal magnetism.  Animal magnetism was the term given by Anton Mesmer in 1766 to the invisible, universally distributed force that serves as a vehicle for mutual influence between heavenly bodies, the earth and all living things.  Although Mesmer’s theory can be linked to ancient esoteric doctrines, he introduced a methodology – based on the practical application of medicine – that became a touchstone for legions thereafter.  Its influence is exemplified in the publication, in 1926, of Edmund Shaftesbury’s Instantaneous Personal Magnetism.  In this book, Shaftesbury proposes a method by which one may change the character of one’s personal magnetism from negative to positive through careful study and practice.  In all ages, there have been individuals who –  like Shaftesbury – have stumbled across the existence of the personal magnetic power, and then advanced in their knowledge of the subject through careful investigation and study, coupled with constant experimentation.  This exhibition comprises of works by a selection of such individuals whose personal investigations are worthy of attention.