Notes on the Artist as Wanderer 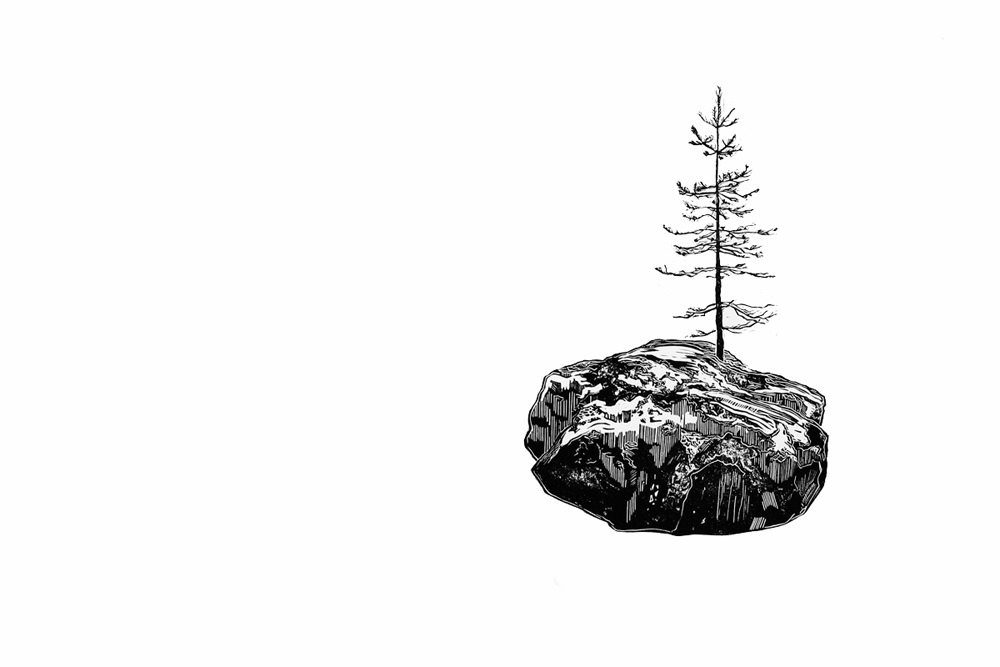 Notes on The Artist as Wanderer

The process of co-curating I Went to the Woods: The artist as wanderer enabled me to bring together and interrogate, via dialogue with several artists, strands of research I have been preoccupied with for some time. The notes that follow offer an insight into some of these divergent strands. These are intended to suggest and encourage other potential readings of the project in terms of its philosophical and historical influences. One of the core ideas which interests me is that of the artist’s movement through a landscape; while this subject as a conceptual practice is long established, the exhibition registers the fact that recent decades have seen an unprecedented rise in the idea of the artist as cultural nomad. Motivated not just by wanderlust but also by necessity, many contemporary artists are engaged in peripatetic post-studio practices.

Another idea fundamental to the exhibition is that of the artist going ‘back to nature’, retreating from what might be seen as the oppression of urban life. During the industrial revolution of the late 18th and 19th century, technological, social and scientific developments constituted the beginning of an ongoing process of environmental degradation. ‘Wild nature’ seen as something to be dominated, controlled and exploited; it was viewed merely as a system of processes and resources submissive to the needs of humankind. The Romantic movement represented an aesthetic and intellectual retort to this attitude, with the paintings of this period depicting bucolic landscapes and idealised representations of the natural world. Rural living came to be viewed as somehow wholesome and restorative by predominantly urban audiences. Artists began to seek out rural idylls, forming colonies in isolated outposts.

The American writer Henry David Thoreau (1817-1862) wrote in Walden (1854): “We need the tonic of wildness…at the same time that we are earnest to explore and learn all things, we require that all things be mysterious and unexplorable, that land and sea be indefinitely wild, unswayed and unfathomed by us because unfathomable. We can never have enough of nature.” The sentiment expressed in this quote epitomises the essence of 19th century Romanticism, which portrayed nature at its most sublime and awe-inspiring, something one might escape into as a means of escaping oneself. Thoreau’s writing was significantly influenced by the philosophies of Ralph Waldo Emerson (1803-1882) who viewed nature not only as a means of refuge but also as a direct source of revelation. Emerson’s book Nature (published anonymously in 1836) reads as a manifesto of pantheism, arguing that nature is a direct manifestation of the divine. The Romantic view of wild nature as valuable and vital has remained consistently present throughout the history of art, albeit in a variety of manifestations.

The 11th century visionary, composer, writer and proto-feminist Hildegard von Bingen (1098-1179) believed in the potential of the earth as a garden where humanity could converse with the divine. Although she wrote many books on subjects ranging from philosophy to natural healing, Bingen’s spirituality is rooted in her concept of Viriditas or ‘greening power’. This is the belief that the life-force animating the natural world is visible in the greenness of every leaf and blade of grass, which is the same life-force infusing all creation (including humankind) with vitality. Although her writings are generally dense and cryptic in tone, her mind was undoubtedly that of a radical. And despite being ostensibly devoted to the Christian cause (she is also known as Saint Hildegard), her focus was not on theology or scriptural study so much as the pantheistic appreciation of the natural world. Essentially, the idea of Viriditas is a specific type of vitalism that connects divinity to nature through the appearance of colour. In her hymn O Viridissima Virga, Hildegard writes of “the greenest branch” as not only beautiful, but sacred – and worthy of worship – because it is a manifestation of the life force that unifies and animates all living things. In connecting the degradation of ‘mother earth’ with the oppression of women, Bingen also reveals how gender roles have shaped our view of the environment. However, instead of linking the female and the natural together in subordination to a patriarchal culture, Hildegard should be seen as a kind of proto eco-feminist, through her assertion that the ‘mother earth’ has the capacity to resist or retaliate via some form of environmental crisis. As Bingen writes: “the elements are complaining with strident voices to their creator. Confused through the misdeeds of humans, they are exceeding their normal channels, set for them by their creator through strange and unnatural movements and energy currents.“

Time recently spent in the Netherlands has made me more acutely aware of aspects of my native country. There is still a wild ruggedness to the landscape of Ireland that is missing from North Holland – especially those areas which were ‘reclaimed’ from under sea level and designed to accommodate human habitation and industry. Here, one can travel for miles in an effort to seek out some untamed nature but will find only ordered and regulated terrain. However, recently, Dutch authorities have adopted strategies to propagate a kind of man-made wilderness. A National Ecological Network has been established that involves the transformation of more than 50,000 hectares of land into new ‘natural’ areas. Former farmlands will be left completely undisturbed to evolve into a kind of would-be wilderness. This situation (which is also taking place in parts of the U.S.) represents development in the relationship between nature and human society as a consequence of environmental change, exemplifying how the threat of apocalypse has seen the emergence of a new relationship between humans and their environment. While there is of course a certain irony to the contrivance of a ‘cultivated wilderness’, this development might also be seen to represent the contamination of the ‘nature versus culture’ polarity upon which romanticism was based.

Chris Clarke : I Went to The Woods, The Glucksman from arts-news 2 on Vimeo.