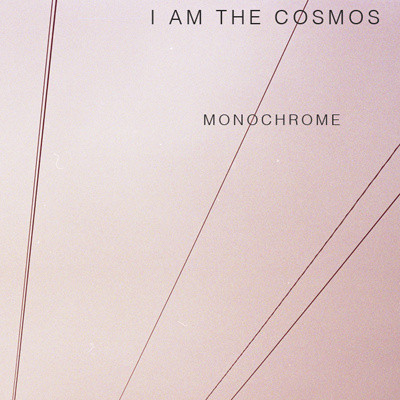 I write this note—these liner notes—to share my thoughts on MONOCHROME.

I am immersed in a colourfield, a sea, a sky of azure, not simply because of the paintings, sculptures, and performances of that twentieth-century artist whose name and heroic myth is an underlying presence here, but more so through repeated waves of one rich and suggestive aural hue. Here I coast, with you, with the music, equally preoccupied by creative gestures and mystical notions, with ideas of the infinite and the indefinable. These are all of great significance to me, and it seems we share parallel interests.

Music offers us vital physical stimuli, life affirming and intoxicating. It was long ago shown that sound gives rise to form in the physical world and that its vibrations have tangible effects upon material. But what intrigues me more is the impact that music can have upon our subjective faculties. I’ve come to believe that one of the most fascinating qualities of music—and perhaps that which makes it most precious—is its ability to shift from the palpable to the undefined, to communicate to the sphere of the psyche through ineffable interaction. For though I cannot claim to be au fait with the physics of sound or psychoacoustics, I find it most miraculous that invisible waves can travel through space and time, transporting with them energy that is then detected and indeed ‘read’ by a listener, impacting upon both their physical and mental perceptions in countless numbers of ways.

It’s here on record and this might be all—

That radiating influence of sound, pouring out a ceaseless stream of vibrations, each of its own characteristic type; not in our physical world only, but perhaps in other subtler worlds as well!

And what of music’s incredible ability to bring people together? The power of music to forge community—isn’t this the miraculous masquerading as mundane? Indeed, it is my belief that we cannot really begin to understand art until we recognise within it a longing to experience something spiritual. Perhaps then our creative faculties are ultimately nothing less than the power of clairvoyance in an earthly form. In music there is something connected with realms beyond conscious human experiences, something that occurs in subliminal regions and teems with vibrant energy.

Listening now, my thoughts turn to times when human beings did not look to their shoes meeting the pavement or the screens opened on their laps and clutched in their hands, but out toward the horizon and the cosmos above. There they sought content for a spiritual life, or to satisfy the deepest needs of their souls. At that period, those with extrasensory faculties, seeing the fixed stars and movements of the planets, considered everything on earth a reflection of events taking place elsewhere-as above, so below.

And as it so often happens, our conversation began as a matter of art and moved into something much more unfathomable, perhaps even profound. Though it may seem a little reductive or even trite to say so, I don’t think it is an overstatement to claim there has been an effort on the part of many of us today to bring about a return of mystery. An attempt to reignite the spiritual, reverential potential of creativity in a wholly secular society. MONOCHROME is a manifestation of this.