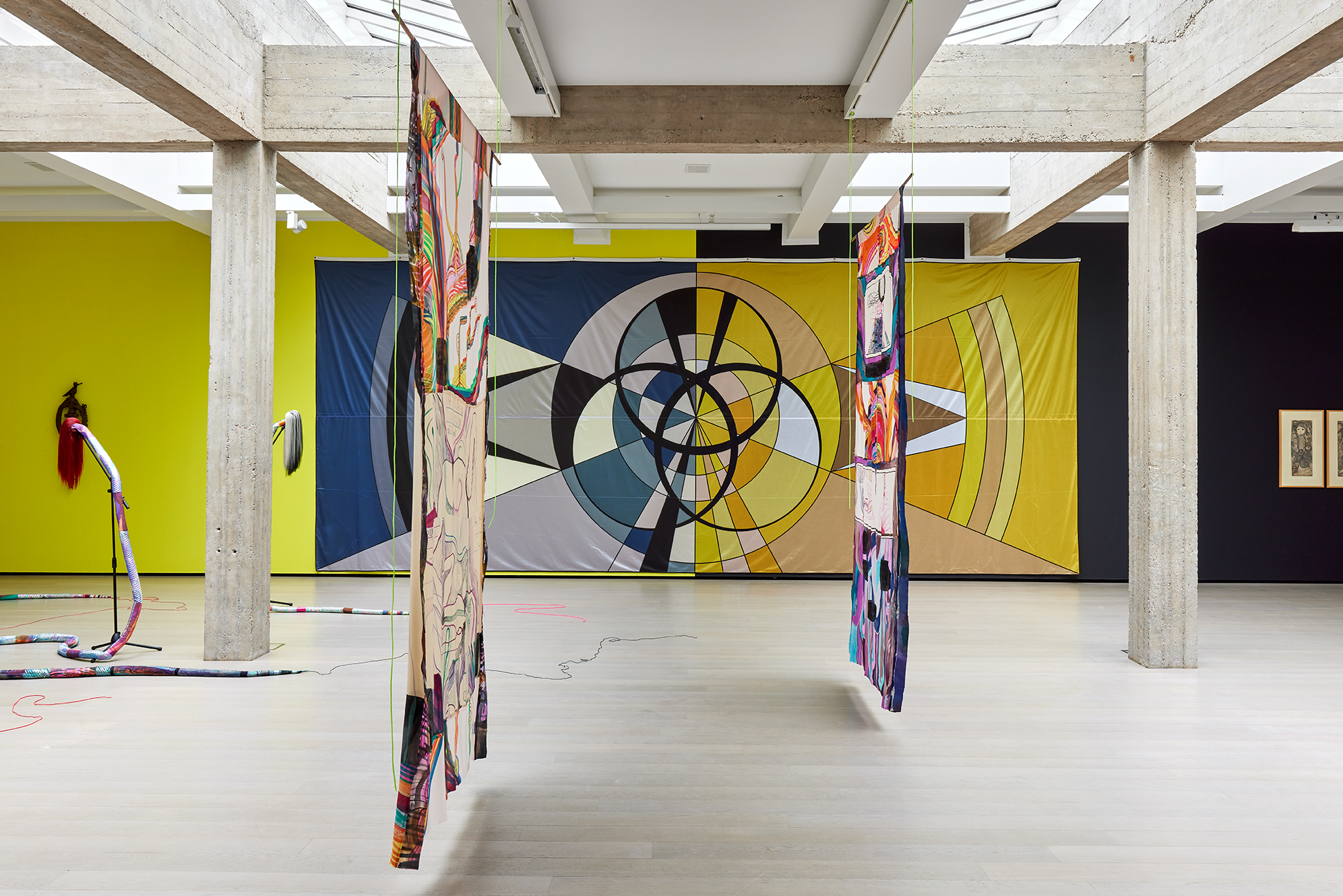 “She is said to have worked prolifically, secretively, and by candlelight – often through the night in a frenzied trance / The triform discs of the biohazard logo / The shrines, relics, totems, fallen civilisations / Snakes; a symbol of the pagan / A lone woman roaming the intergalactic sphere / Wax columns shaped by plastic bottles / Geometric configurations of symbols used as an aid to meditation / Drawing with an ‘automatic hand’ / A freestanding structure of wood panels, each painted a different colour / Using the cut-up and interruption for occult ends / Drug-induced artistic experiments almost daily throughout the 1970s / a “faith-based praxis ritual” or live invocation of spiritual wisdom.”

-Excerpt from Notes on Invocation by Rosa Abbott, 2021

The Great Invocation refers to the mantra allegedly received by British writer Alice Bailey from a spirit guide in 1945, as the last battles of WWII ravaged Europe. Bailey described The Great Invocation as a synthesis of meditation, prayer, and affirmation, that would assist the world in times of unprecedented calamity, thus ‘saving humanity from self-destruction’.

While some of the artists participating in The Great Invocation explore totemism, others investigate arcane aspects of human consciousness via strategies such as automatism, sublimation, and séance. The artworks – or the processes involved in producing them – are conduits for intuitive powers latent in the mind; tools for accessing hidden, perhaps even divine, knowledge. The exhibition features several pieces of visionary art from the internationally acclaimed collection of De Stadshof Foundation.

In addition to the art objects featured in this exhibition the programme also includes a performance by Ruchama Noorda, a new moving image work by Linder Sterling, and a lecture by Tessel M. Bauduin all of which will be presented as part of a one off event in early October. In response to each of the works in the exhibition writer Rosa Abbott has produced a new text.

Ultimately, this exhibition demonstrates that, while visual art may be inherently ‘of this world’, it can be a source of revelation and transcendence. In a society where scientific rationality and technological objectivity dominate, art remains uniquely capable of providing us with a means of satisfying spiritual hunger.