Untitled (A quarter turn to face the light) 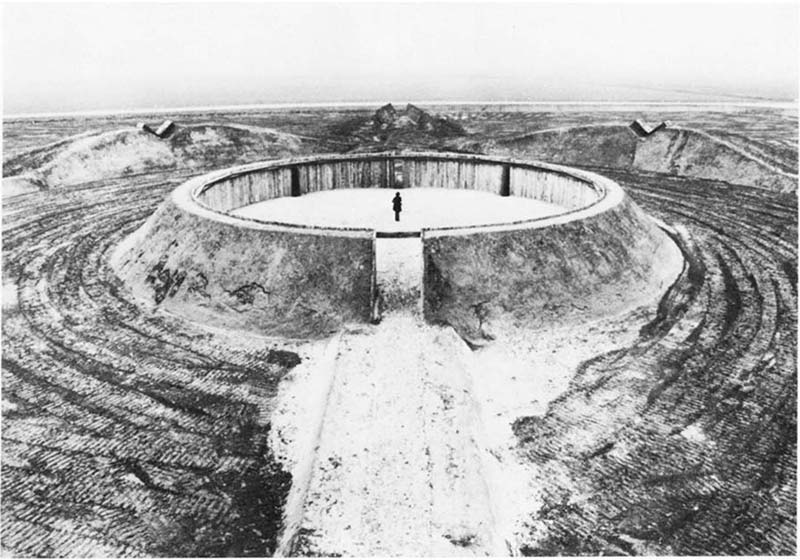 T’was pleasure to speak recently and get some insights into A quarter turn to face the light.  Like works you’ve previously produced, this austere assembly demonstrates the conversion/circulation of energy.  But the aspect of this piece that I find particularly interesting is it’s temporal specificity; the way that is ‘activated’ for a few hours on the cross quarter day between winter solstice and vernal equinox. Channelling the light of this particular day -which marks the beginnings of Spring in astronomical terms- alters the potential reading of this work radically, lending it a ritualistic, ceremonious quality.

Like solstices and equinoxes, cross quarter days have been celebrated throughout Europe for  millennia.  In Pre-Christian Ireland the day was a religious and agricultural festival known as Imbolc. The returning sun and lengthening days were honoured by lighting bonfires and torches, a tradition which Neo Pagans continue to observe. Several ancient edifices such as the Hill of Tara are aligned with the rising sun on days in early February.

On that note I’ve been wondering, since you’re from that neck of the woods, have you ever visited Grianan of Aileach, a few miles from Derry? The name of the monument (Palace of Sun or Stone Temple of the Sun) combined with the fact that it is illuminated on the morning of the vernal and autumnal equinoxes has inspired the theory that it was intended as a place for solar worship.

Perhaps your work can be related to these ancient monuments in that it is, like them, a manifestation of that primeval compulsion to sanctify cyclical patterns of solar time. I’m intrigued by how A quarter turn to face the light quietly ritualises phenomenon that appears mundane but is in fact miraculous. I’m referring to the thaumaturgic process whereby energy sourced from the star at the centre of our solar system can be transformed into electricity.

I’m struck by the fact that the activation and completion of this work depends upon circumstances entirely outside your control. You have willingly surrendered to a celestial body. And so, I’m compelled to ask, what will happen if perchance the sun fails to shine on February 3rd?  I’m looking forward to hearing about/viewing documentation of the work and wish I could experience it in the flesh.

P.S. Attached is an image of the Observatory by Robert Morris which I mentioned during our conversation. Constructed in Velsen in 1971, it is perhaps the first piece of Land Art to be aligned with the movements of the sun. During the solstices and equinoxes the rising sun is ‘framed’ by the structure. 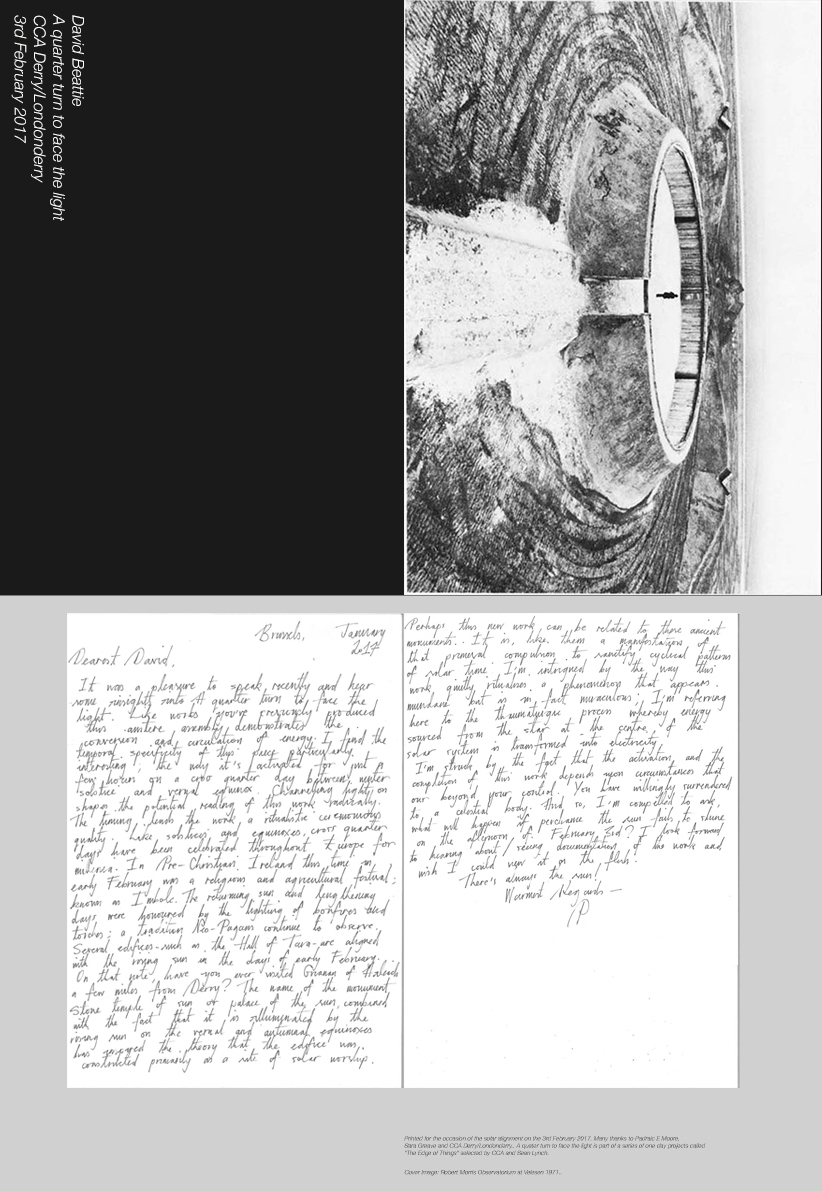