Drawing Down The Moon 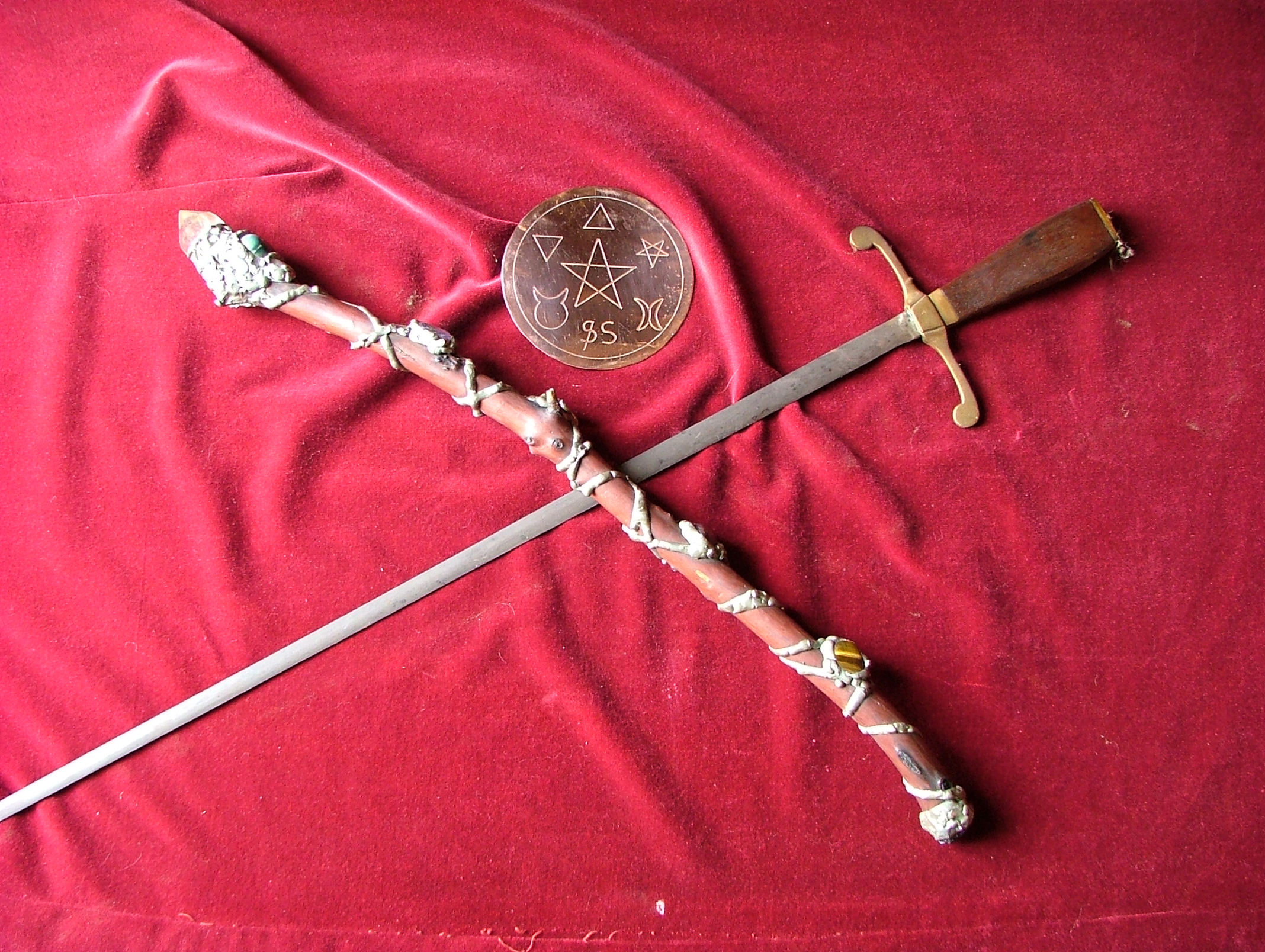 In The Sociology of Religion, written in 1920, Max Weber proposed that changes occurring in the western world at that time were having a profoundly negative impact upon the psychological and spiritual state of the individual. According to Weber, an increase in the tendency to prioritise scientific rationality over faith and intuition, combined with the rise of technological objectivism, was leading to a world devoid of enchantment. The consequence was that many people suffered from a sense of disillusionment, emotional isolation and spiritual hunger.

Almost a century has elapsed since The Sociology of Religion was published and a variety of phenomena and impulses have flourished which oppose the supremacy of a techno-rational worldview. One example of this is the increasing success of several ‘new religious movements’ which infuse discourses of psychology, science and aesthetics with spiritually attuned beliefs. Since the middle of the last century, several of these have come to reject existential materialism and incredulity in favour of an intuitive approach that allows them to imbue the world with a sense of magic. One such tradition is that of Wicca, a neo-pagan religion founded in Britain in the early to mid-20th century. Religious studies scholar Ethan Doyle White writes:

Wicca originated in the early decades of the twentieth century among those esoterically inclined Britons who wanted to resurrect the faith of their ancient forebears, and arose to public attention in the 1950s and 1960s, largely due to a small band of dedicated followers who were insistent on presenting their faith to what at times was a very hostile world. From these humble beginnings, this radical religion spread to the United States, where it found a comfortable bedfellow in the form of the 1960s counterculture and came to be championed by those sectors of the women’s and gay liberation movements which were seeking a spiritual escape from Christian hegemony. 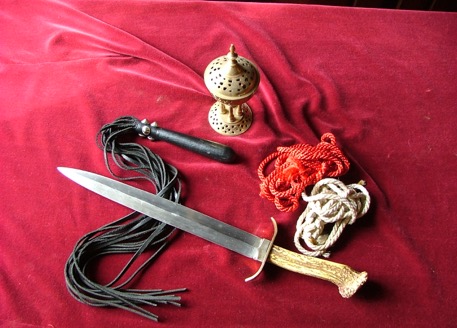 The Wiccan tradition allows for eclecticism, since it can be adapted to the different contexts or communities into which it has been introduced. In Ireland, for example, the worship of ancient Celtic deities such as Brigid is of particular importance. These, and numerous other paths and influences, can be incorporated into Wicca, yet it remains unwaveringly unified by a reverence for life, nature and the environment.

Drawing Down the Moon is a project for IMMA which emerged from my research into the Wiccan religion, a tradition within which magic is central. One of the project’s intentions is to provide some insights into the tradition via a selection of consecrated objects and ceremonial items. Wiccans use ancient and modern ceremonies, rituals and shamanic practices to attune themselves to the rhythms of nature in their efforts to commune with a divine force. In Wicca, each magical tool possesses different symbolic associations and represents one of the four elements of earth, air, fire and water. While similar tools are used throughout the Wiccan tradition, they are almost always modified or shaped in some way to suit the aesthetic or sensibility of the user. This is connected to the idea that the extent of the tools’ efficacy will be shaped by the extent to which the individual who is working with them can relate subjectively to them. The selection of ritual objects chosen for this project has been borrowed from the working collection of Janet Farrar (b. 1950) and Gavin Bone (b.1964), arguably the world’s leading experts on the subject of modern witchcraft and the neo-pagan movement.

Janet Farrar is a British witch, teacher and author of books on Wicca and neo-paganism. Working initially with her first husband, Stewart Farrar (1916–2000), Farrar has published several of the most influential books on modern witchcraft, including A Witches’ Bible: The Complete Witches Handbook (1981), The Witches’ Way: Principles, Rituals and Beliefs of Modern Witchcraft (1984) and The Witches’ Goddess: The Feminine Principle of Divinity (1987). In recent years, Farrar and Bone have been responsible for setting up several progressive covens in the United States, United Kingdom and Europe. While the display of magical tools provides an insight into the Wiccan traditional in general, they can also be seen as representative of the personal narratives of these two practitioners. In the context of this exhibition at the Irish Museum of Modern Art, Dublin, Drawing Down the Moon provides insights into one of the most significant  new religious movements to have emerged in the last century whilst also highlighting the anthropological and cultural connections between art and religion.