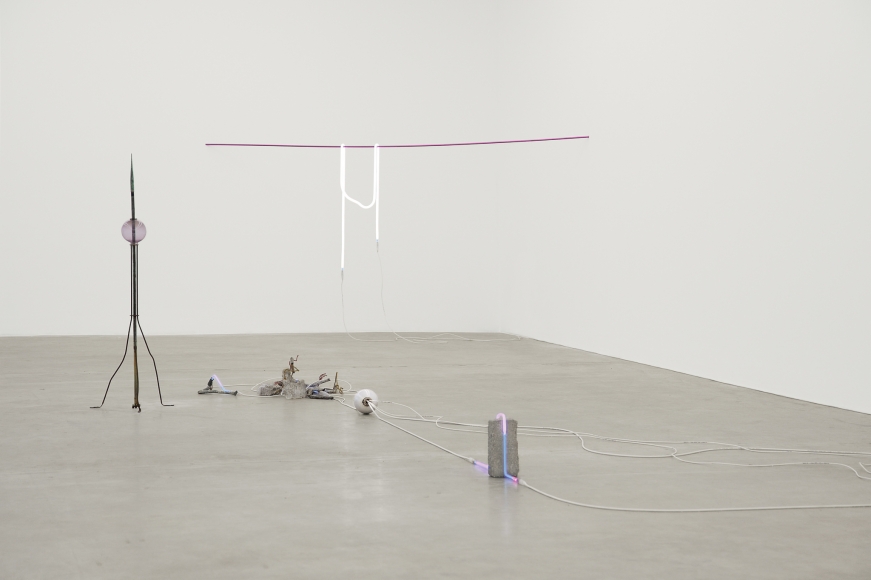 I do hope that this finds you well. It has been so long now since we last met but I’ve given much thought to several of the conversations that unfolded and events that transpired over the hours we spent together during my visit. I remain uncertain about predestination and whether events truly do fall in kismetic clusters or if it’s simply my apophenic tendencies that create the illusion of grand design. Either way, it’s difficult not to ignore the synchronicity of some of the incidents punctuating my visit. The significance of those fortuitous occurrences (beginning with our convergence outside the Hotel New Yorker and climaxing with the electrical storm on the eve of my departure, when earth and firmament were connected by arcs of electricity) is amplified by my preoccupation with Nikola Tesla. Fixated with the number 3, he lived his last decade in suite 3327 on floor 33 of the New Yorker, and his friends and associates reported how he was so enraptured by lightning storms that he became entranced whenever one was loom- ing. Gazing skyward from your living room that evening, my thoughts turned to an account I once read in O’Neill’s 1944 biography in which he describes an enthralled Tesla reclining on a sofa, calculating the scale and direction of a particularly spectacular electrical conflagration. I have transcribed the excerpt below.

‘The only time Tesla would permit the shades of his office to be raised was when a lightning storm was raging. The offices he leased always faced onto open spaces. His 8th West 40th street office was on the South side of Bryant Park, in the West of which was the low roofed structure housing the New York public library. From his window on the 20th floor Tesla could look beyond the roofscapes below and obtain a broad view of the sky. When rumbles of distant thunder announced the sky would presently be flashing, it was obligatory to raise the shades. Then the black mohair couch would be drawn close to the windows so that he could lie on it, relaxed, while his vision commanded a full view of the Northern or Western sky. During a lightning storm Tesla became eloquent. His conversations on such occasions were never recorded.’ 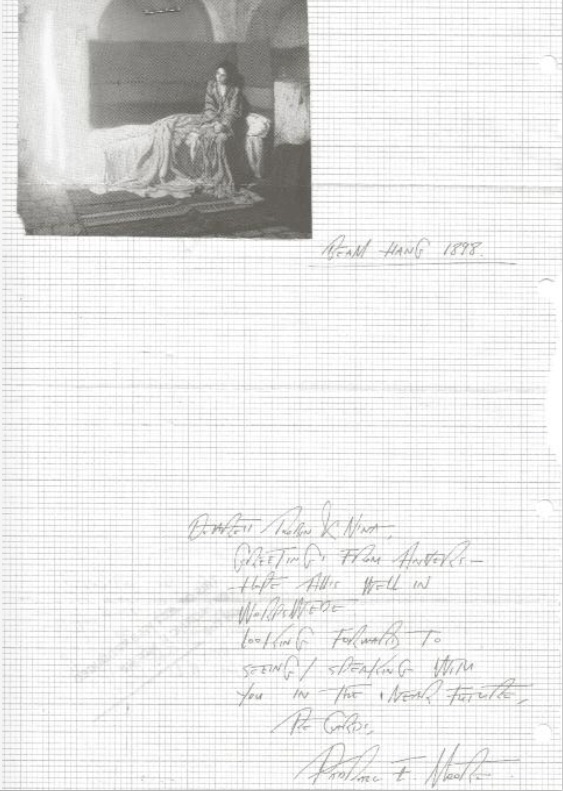 Had we coordinated our convergence differently that day we could have missed that storm and the golden glow that fell in its wake. Whilst recalling the mesmerising atmospherics we witnessed from your roof that evening (I’m delighted you got some footage – though the full magnitude of the occurrence couldn’t have been captured by camera, I’m certain it features details indiscernible to us at the time) my thoughts turn to the group of artworks, which I know that you collectively refer to as Heat Sculptures. In a similar manner, those light assemblages carry the luminescence of a subsiding moment and capture the coagulation of a passing instant in their making. Heated, and consequently softened the neon tubes collapse or wrap into shape, exposing the invisible or concealed within the fellow debris they tend to join forces with. Upon discussing distinct radiances produced by these congealed illuminations, you suggested that I investigate Sir William Crookes. I’m pleased to report that your proposition has already proven invaluable and though I don’t grasp all aspects of his work, I’m enthralled by how he balanced his faith in rigorous, rational scientific practice with a confident belief in the ‘agency of an outside intelligence’ (something which was probably further infused by the popularisation of demonstrations displaying para- normal phenomena and scientific electricity experiments dating from the same period, which I know that we share a mutual interest in). The charging of inert gas in vacuum tubes with electricity to produce light is of course an obvious association to your own practice but what I believe truly connects your work is what might be called a shared attitude. As you led me to learn, Crookes’ experiments with ionized gas prompted him to discover what he termed the fourth ‘radiant’ state of matter. Though he acknowledged ‘the phenomena in exhausted tubes’ might be harnessed and utilised he also rightly stated that the full magnitude of this phenomenon could never be fully understood. In my eyes you carry out meticulous research and investigation while accepting and underscoring through your work the enchanting fact that much will always remain in the realm of the unknown. I’m certain that you are familiar with the following observation, so eloquently penned by Sir Crookes as he described the catalyst that occurs when electricity meets neon and how this ‘reveals to physical science a new world – a world where matter may exist in a fourth state, where the corpuscular theory of light may be true, and where light does not always move in straight lines, but where we can never enter, and with which we must be content to observe and experiment from the outside.’

Relying on the oscillation of an alternating current, the prolonged gap between gaseous existence and concrete materiality made visible within Crookes’ vacuum tubes seemed to have registered a deeply inquisitive spirit in him. Such inquisitiveness seems so important now more than ever since the register of power between the human species and the technologies it irrevocably embeds itself within has become disproportionate. It appears that having mastered the generation and distribution of electricity and having become more dependent upon the techno- logy it empowers, our ‘developed’ world has become even more blinded and looks set to remain in the dark. The exhilarated enthusiasm – and perhaps heightened awareness – that flourished this time a century ago, enabling a vocation that could bring about transformation, seems unachievable today. It would seem that whatever developments and innovations took place have now all been directed and degraded exclusively toward exploiting the economic viability of materialist obsession. 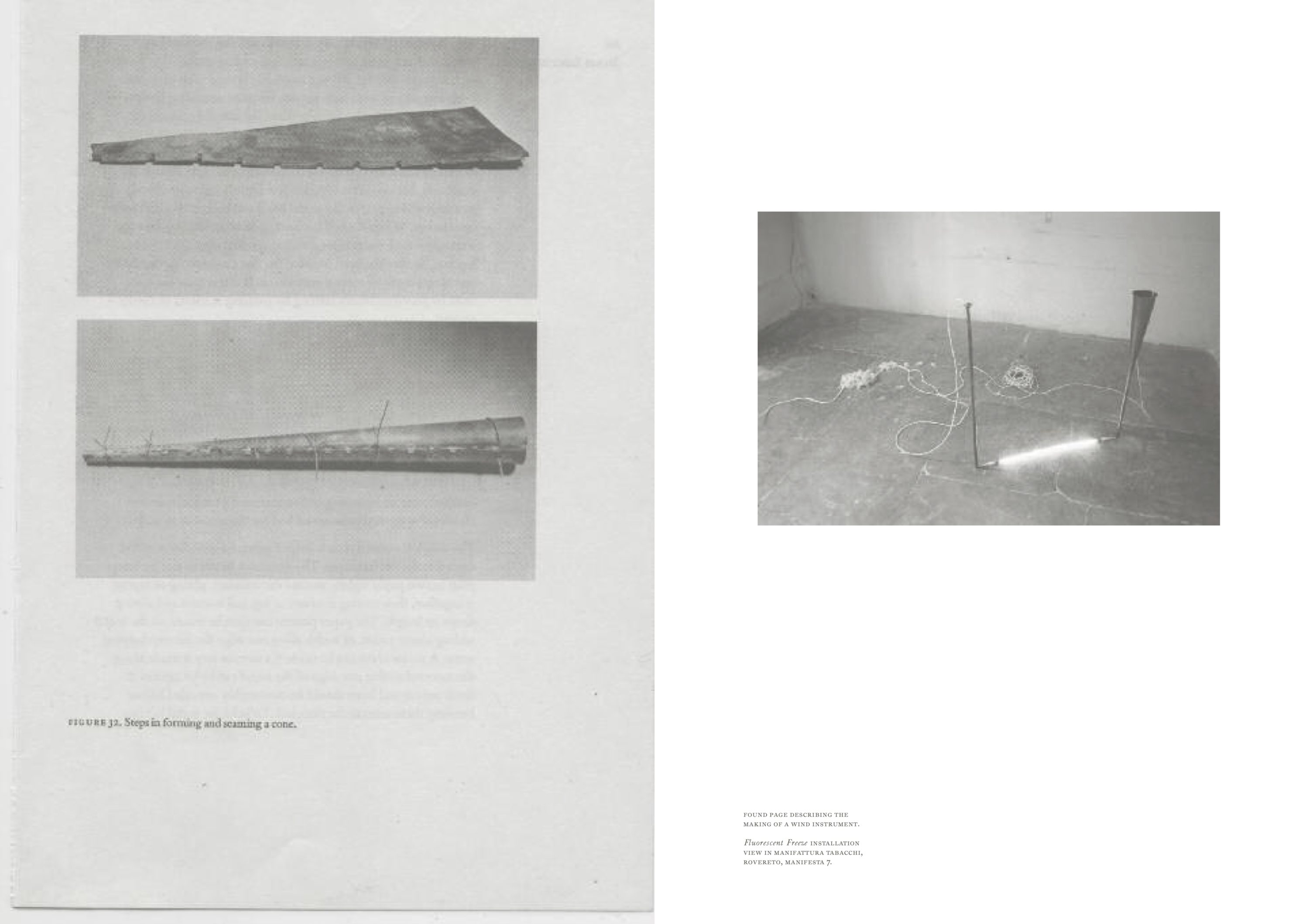 In a preceding conversation, I proposed that strategic devices within your work incite what Brecht termed the Verfremdungseffekt. I’ve encountered additional works from your Heat Sculpture thread, since first applying that theatrical analogy, within which electromagnetic energy is elevated from mute servant to central protagonist  activating an instinctive sensitivity to quieter, less instantly identifiable ongoing processes within our immediate photoreceptive reach. Since coming across your neon form looped over a steel ceiling beam in the spring of 2008 (entitled Beam Hang and hung in a downwards strike of 3000 volts), followed by the wall-based work Tapetum Lucidum (Blue Gas No.1), which I encountered in Düsseldorf last winter, they have become my own personal symbols of the aforementioned duality which characterises the world we inhabit. Given the cross-amalgamation of etymological connotations within the latter title,Tapetum Lucidum seems to reflect a glowing accumulation of sensory data, or some sort of interwoven experience containing associations and affiliations to the transcendental. I’m aware that in the case of Tapetum Lucidum the decision to adopt this slightly unusual format was, in contrast to your common usage of atomic gas number 10, ultimately an affectionate reference to the rag-rugs which you noted were often produced by women during the dark winter months in Sweden. However, constructed with planes of colour that repeatedly double in startling syncopations, its conductive tubes – seemingly frozen in electrical hibernation – inevitably evoke the question that there remains some- thing fundamentally strange and mysterious about the collective nature of the human bond to the vast grids and networks of harnessed and decentralized power that span and gird the globe.

Is it not the case that as soon as one investigates the structure, character, composition and affects of electricity (and indeed light for that matter) – only then does one become aware of how numinous these phenomena truly are? On a parallel, I have to conclude by mentioning that the frizzled photograph of Tesla’s Magnifying Transmitter from 1899, which required 3 (!) exposures in order to capture the machine’s capacitance, bears an interesting inscription. Although I was unaware of it until very recently, it forms yet another relationship within my proposed geometry…‘To my illustrious friend Sir William Crookes of whom I always think and whose letters I never answer. June 17, 1901, Nikola Tesla.’

Time has flown since our last encounter. I’ve been maintaining productivity, investing time and energy in the quest towards personal improvement. I continue to work from necessity and allow my art to make demands on me. I never forget that it’s good to be solitary, because solitude is difficult and that it’s good to love, because love is difficult. However, it seems I’m becoming increasingly ill at ease with using words as my material. I cannot conceal that my work with words is increasingly tainted by a sense that language is often insufficient when discussing or expressing certain issues and ideas. I still believe that to work with language one must accept that one is compromised by the limitations of the material…or as G. Bachelard once noted;‘words are the insinuation and fusion of images; they are not an even exchange for rigid concepts.They are a fluid that moves our fluidic nature, a breath that arouses within us an aerial matter when we have “reduced” our terrestrial matter.’ Nearing the end of this letter my mind wanders to wonder when we shall see or speak again. I’m exhilarated by what has been triggered by our dialogue, which I hope will resume in the very near future. Do keep me posted on progress. 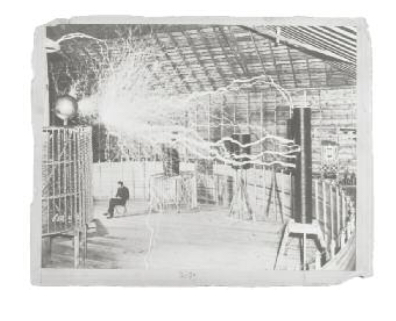