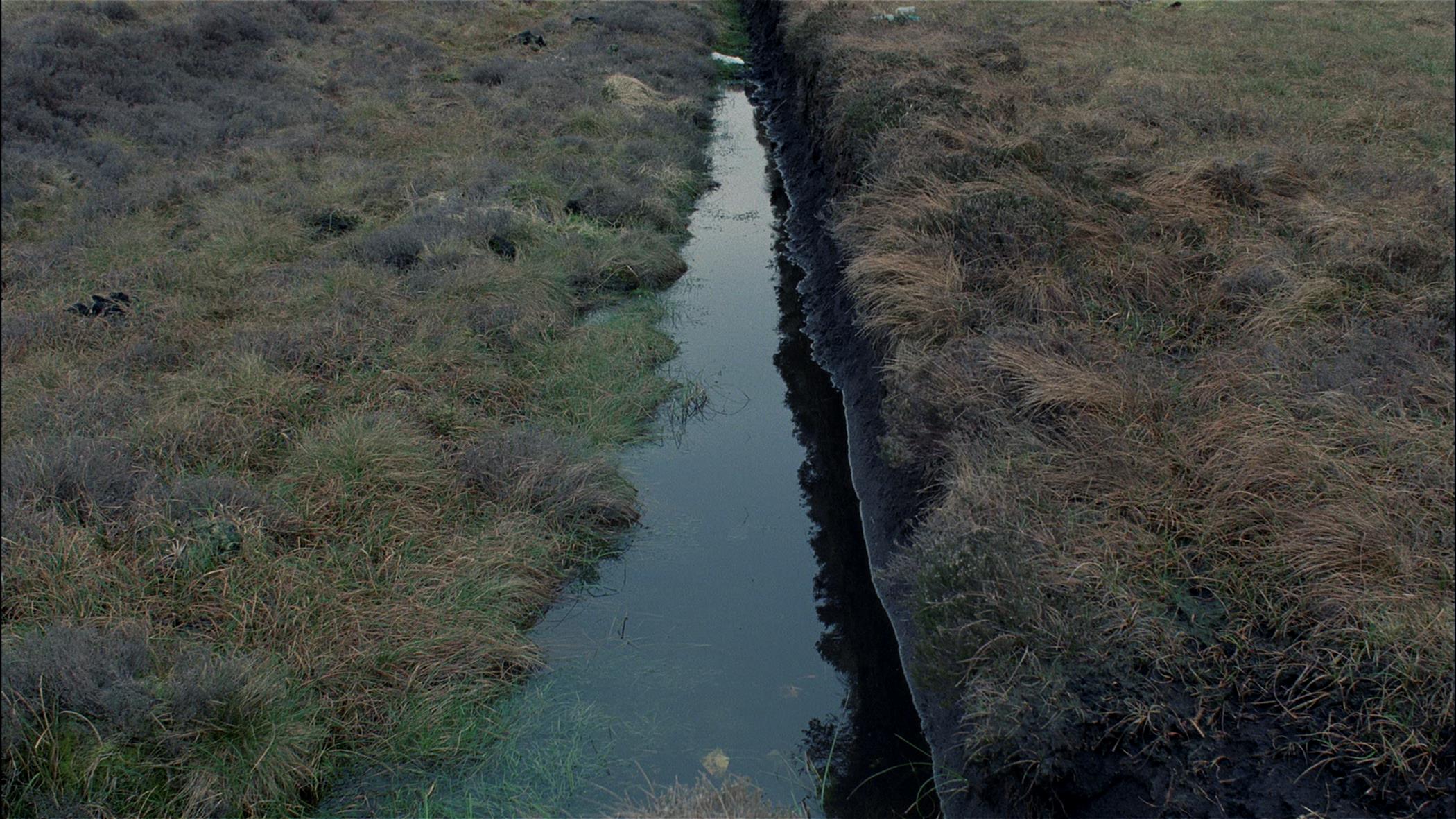 Willie Doherty is renowned for his video installations and photographs. DISTURBANCE at Dublin City Gallery The Hugh Lane surveys the artist’s works from the early 80s to today, including his most recent video, Ancient Ground, shot earlier this year on the peat bogs of County Donegal. Ancient Ground focuses upon barely visible traces of human trauma within a rural terrain. Evidence of undefined violence is captured with forensic attention to detail; implying that whatever unspoken occurrences took place in the past will not disappear and cannot be forgotten. The artist’s concerns with territory, surveillance and the part land plays in cultural hegemony can be traced back to his photographs of his native Derry and its environs from the 1980s. Exploring an understanding of place through terrain, these iconic works overlaid with text, play out the dichotomies of the familiar appropriated by conflicting ideologies at war.

Doherty’s work is rooted in the politics and topography of his native Derry, the walls of Derry and the river Foyle with its east bank and its west bank and the proximity of its border with the Republic of Ireland is, as he says, “a perfect theatre of war”. His practice however, transcends the specificities of any particular context as this exhibition reveals. The current work shifts between the urban and the rural. What the terrain has witnessed is patiently tracked down. His discoveries, the scars of human activity on the land are yielded up and captured on camera. Doherty unflinchingly confronts the underbelly of society, making what is concealed more visible. The insistent repetition of text and the constraints of imagery within the circularity of language emphasises that sense of entrapment; who is the protagonist, who is the victim? Calling himself an old fashioned landscape artist, Willie Doherty holds a unique position in contemporary art. His engagement with the land is very particular – shifting ground upending the surety of position. His surveillance of territory looks for evidence of association with social and political concerns and is carried out by walking it or watching it through the windscreen of a car or bus window. What he uncovers appears in series of images which fully acknowledge the ambiguities, complexities and paradoxes that brought them into being.