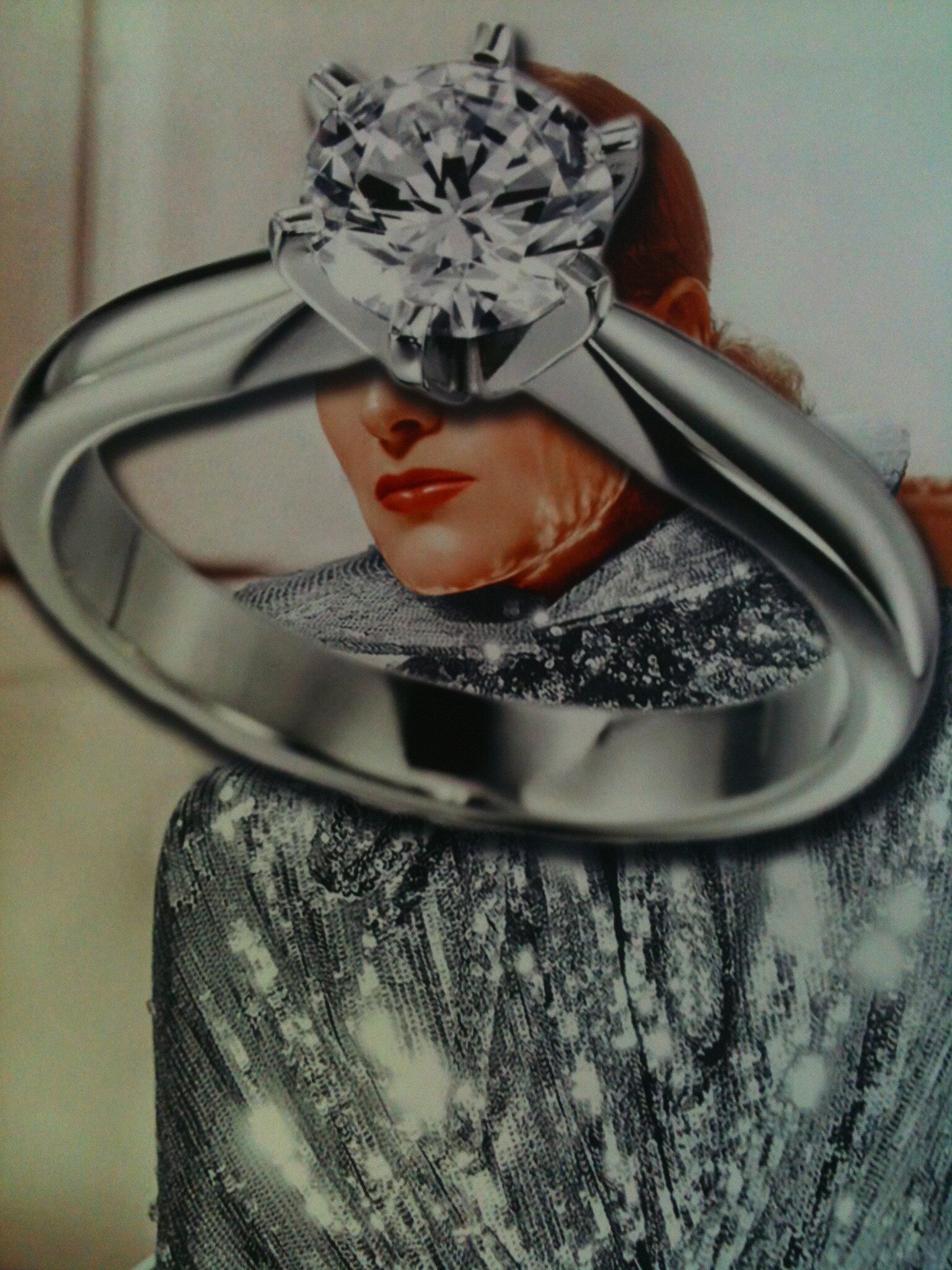 There is no Alternative, Jonathan Mayhew, C-Print. 2014

Although Luxury is a concept familiar to all, it is difficult to find a satisfactory definition for the word.  The criteria of what constitutes luxury are extremely subjective; dictated by one’s desires, sense of identity, economic situation and moral bent. One person’s prerequisite is another’s extravagance.  Yet, regardless of one’s definition – and whatever reason one has for seeking it – the intellectual or physical pleasure luxury provides can be vital.  The artworks that comprise this site-specific exhibition offer a variety of views of luxury, and underscore that while it is not crucial to survival per se, it is still very much essential; a needless need.

Andrew Vickery’s paintings provide glimpses of interiors conceived and constructed by the reclusive King Ludwig II (1845-1886), remembered today via opulent fairytale castles constructed during his reign.  Ludwig’s tragic existence epitomises the pursuit of luxury as a means of escape. He spent much of his reign sequestered inside extravagant environments decorated with murals depicting the legends upon which Wagner’s operas were based. The subject of one of Vickery’s paintings is The Venus Grotto at Linderhof Palace in Bavaria; an artificial water cave illuminated by a spectrum of electric light, through which Ludwig would drift in a golden shell-shaped gondola. While these kitsch constructions might be seen as excessive, they provided the fragile Ludwig with asylum. He once proclaimed, “It is essential to create such paradises, such poetical sanctuaries where one can forget for a while the dreadful age in which we live.”[1] 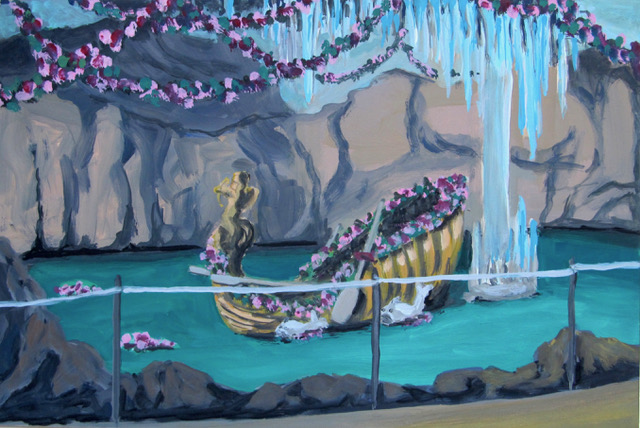 In contemporary society acquiring and consuming luxury is a major social activity requiring vast quantities of time, money, energy, creativity and technological innovation to sustain it. The economic cost of branded commodities doesn’t follow the logic of physical value – but permits participation in the illusion of exclusive glamour. Glimpses of this are seen in the works of Jonathan Mayhew, in which he juxtaposes (and occasionally obscures) the faces of superstars with various consumer goods, theatricalising commodities and their appearances. [2] These collages, part of an ongoing series entitled There is No Alternative, underscore how what was once termed ‘high culture’ is no longer intrinsically superior; nor is popular culture intrinsically ‘inferior’.  Similar dualities are present in the two watercolors by Marcel Vidal: Raw Fillet and Grade D Diamond. In the context of this exhibition the coupling of precious gems with dead meat underscores how the procurement of certain luxuries often entails nefarious activities and can incur costs that are not merely monetary.  Both Mayhew and Vidal’s work advance the idea that art has become an enduring and indispensable luxury commodity, first and foremost as a socially unique commodity, and secondarily as eternal art able to afford a transcendental aesthetic and intimate emotional experience.

Malapropism and word play are central to the work of Lucy Stein, and her poster On Heat exemplifies this. A photograph of her studio’s interior, photocopies of two historical artworks are prominent in it: The Egg by Odilon Redon (1840-1916) and a medieval image of St. Catherine. In the context of this exhibition, these two images symbolise polarised perspectives of luxury. St. Catherine is deified for subjecting herself to various methods of deprivation including self-scourging and prolonged starvation. Her ascetic piety exemplifies how abstinence and chastity are inextricably linked to morality. In contrast, Redon’s rotund egg is an image that exudes edible plenitude and physical gratification. Redon was one of several artists working in the late 19th century associated with the Decadent Movement. The Decadents produced art with no didactic purpose; for them, sensual gratification was fundamental and an end in itself.

The Hacienda is a renowned drinkery and its stuccoed saloon interior is a cardinal component of this exhibition. Works by the aforementioned artists are installed insouciantly alongside the curios and photographs that have been accumulated by the proprietor over the decades.  For The Luxury Gap, the salon hang and superabundant atmosphere of this nocturnal haunt combine, creating a munificent gesamtkunstwerk. [3]

[2] Quote from keynote address by Donald Kuspit of a conference on Kunst und Kommerz held at the Swiss Institute for the Advanced Study of Art in Zürich, June 2010.

[3] In the mid-19th century, this term was popularised by Richard Wagner who applied it to mean the synthesis of all art forms into an all-encompassing and immersive work of art.