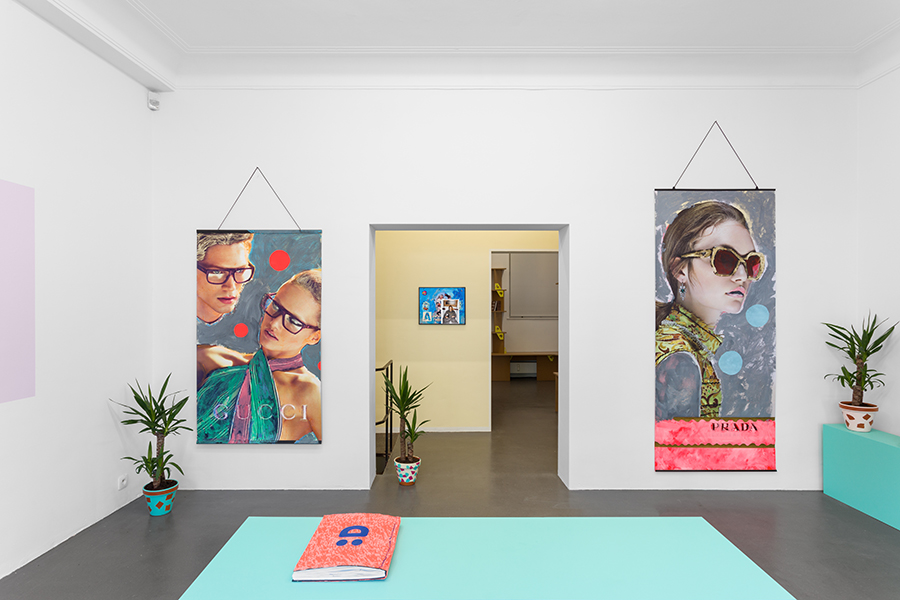 The title of this show is taken from the ongoing series of collages and assemblages that Grace Ndiritu has produced since 2015, collectively dubbed Post-Hippie Pop Abstraction. This opus’s key ingredient is the printed jetsam of hyperconsumerism, fashion ads and images from news magazines: these fragments she alters in distinctive ways, including the application of paint in tropical pastel hues that extends to the gallery walls. As such, Post-Hippie Pop Abstraction displays a compulsion to dissect and scrutinise the dysfunction of late capitalism. Particularly evocative details here: a photo of an Ebola doctor in a hazmat suit (from a Time magazine cover) embellished with a Matissean green leaf; a CND sign made from sequins pasted upside-down on a photo of Cara Delevingne, alongside a newspaper clipping stating that ‘threat of terror attack in US and Europe remains statistically low’.

The works in this exhibition, and indeed all of Ndiritu’s multifaceted output (which extends to video, photography and performance), are shaped by an engagement with reclaiming the ritual function of art and exploring the potential of magico-religious practices. Her mission can be situated, accordingly, within the Beuysian tradition of artist-as-shaman, hinted at via two videoworks in the basement that offer a crucial foil to the environment upstairs. Both entitled Community, one from 2014 and the other dated 2012–15, these comprise footage shot (sometimes surreptitiously) by Ndiritu while living within ‘intentional’ New Age communities that cohered around spiritual or ethical convictions. In one video a group of Hare Krishnas engage in ritual dance in a makeshift temple; the other explores a complex of jerry-built dwellings in an eco-commune. 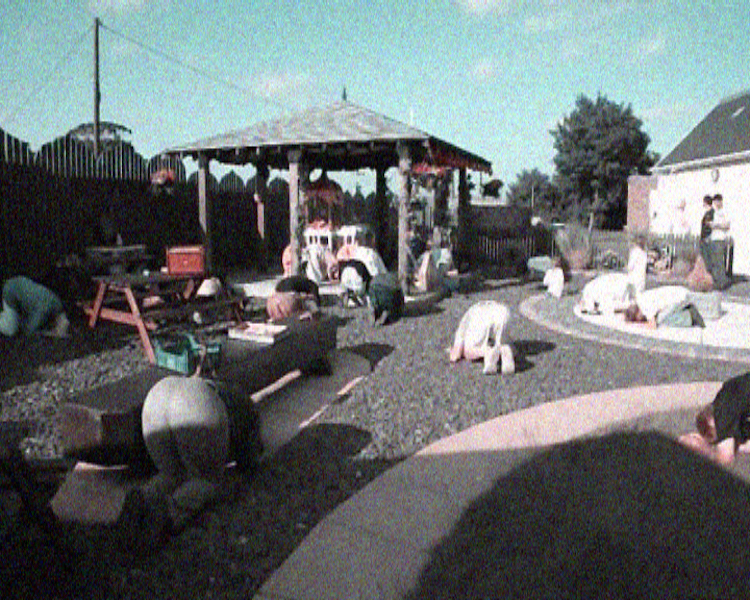 Experiences in these spaces assisted Ndiritu in honing what she describes on her website as ‘non-rational healing methodologies’. These practices inform another ongoing project, Healing the Museum (2012–), an iteration of which forms part of Ndiritu’s current residency at SMAK in Ghent. This endeavour, more akin to institutional exorcism than institutional critique, fuses historical research into collections and film screenings, but also actions of an ardently hippie ilk, such as group meditations and collective healing ceremonies. An awareness of the various strands of Ndiritu’s output transforms, in turn, one’s reading of the Arcade show. What might ostensibly appear as anticonsumerist agitprop is revealed to be totems of a broader syncretic system with a radical intention: to emphasise ethics, sharing and participation in order to reinvigorate a moribund gallery context.