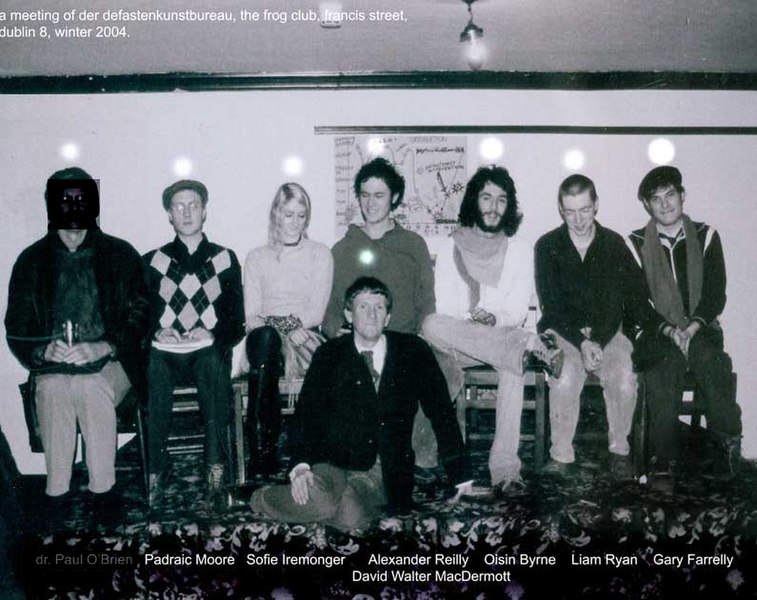 Defastenism was founded in May 2004 by undergraduates at the Dublin National College of Art and Design, Gary Farrelly,  Ben Mullen, Alexander Reilly and Seanán Kerr. Moore, Farrelly and Reilly co-wrote a Defastenist manifesto. The membership consists of artists, musicians, architects, writers, film makers and designers. The Defastenists are a self-declared Remodernist art movement. “Defastenism” is a term coined by the group. Moore described the use of the word:

The term comes specifically from the idea of unbuckling the metaphorical seatbelt. The concept that one must “Defasten” from the Jetzeit.The aeroplane—a constant motif in Defastenist art—is one of the symbols, which we believe defines our zeitgeist. The Defastenists believe contemporary culture has become afflicted by “cultural paralysis”, and endeavour to construct a revolution of “vigour and vitality”.

They have a strongly theatrical, propagandistic and rhetorical self-promotional style (reminiscent of early 20th Century movements such as Dada), including appointing themselves to ministerial posts of the imaginary “Kunstrepublic”. This ideological DKR nation was according to Pádraic E. Moore, “definitely a symptom of not being able to deal with the city that we’re living in.” Their expression of an inner world has some parallels with Surrealism, as does their fixation with obsolescence and the uncanny. 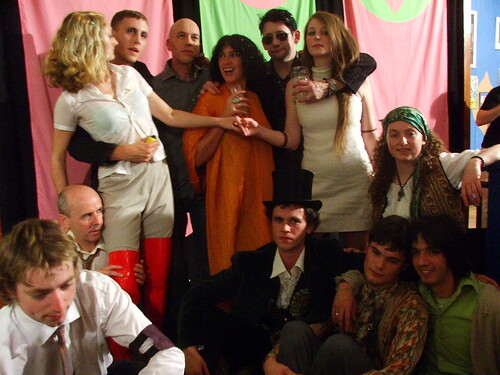