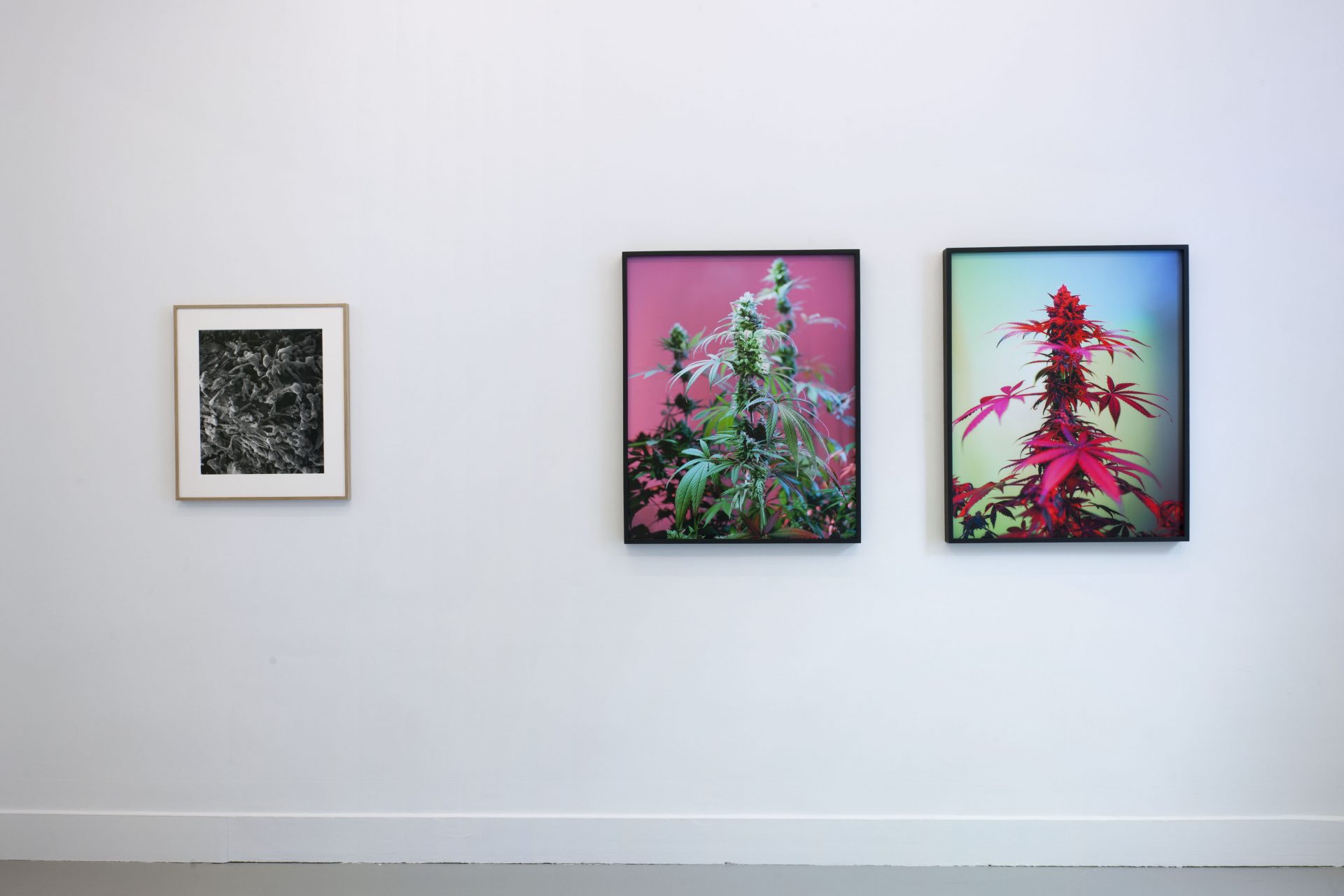 Joachim Koester’s essayistic investigations explore subjects that, although diverse, can be collectively assigned as occult, either because they pertain to supernatural realms or because they are unseen, frequently outside the limit of human perception. In his most recent works on show at Jan Mot, Brussels (20 March – 29 May 2021), he focuses on artefacts of a shadow economy: images of cannabis and cocaine photographed using a scanning electron microscope. Koester’s interest in such substances stems not only from their psychoactive properties, but their status as products of modern-day alchemy, whereby the basest of industrial materials (such as concrete and petrol) are transmuted into valuable commodities. The most striking pieces in the show, titled Cocaine #3 and Cocaine #5 (both 2019), are of minuscule quantities of the eponymous drug enlarged so that they resemble forbidding polar landscapes. 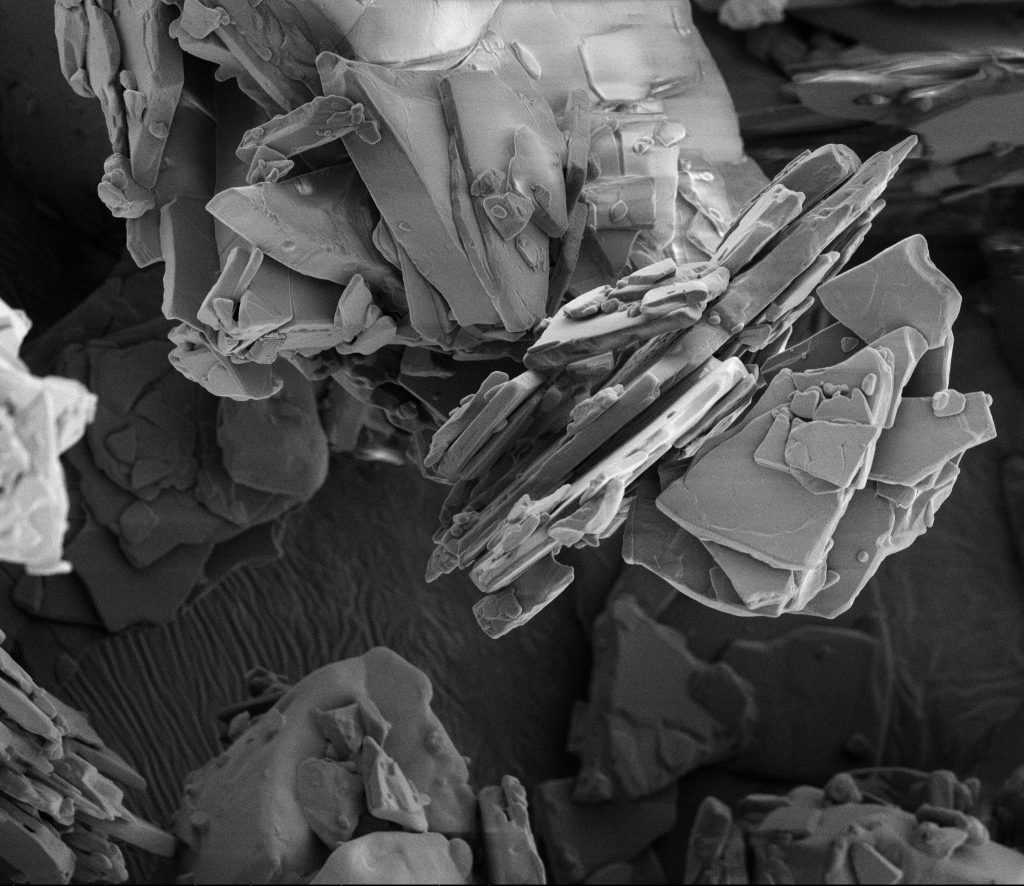 Elsewhere in the gallery, a vitrine display contains a text by Koester surrounded by vintage copies of High Times. Titled From the Secret Garden of Sleep (2008), this text muses on Ronald Reagan’s backfiring efforts to eliminate domestic cannabis growth in the US during the early 1980s. Greater levels of state surveillance spurred growers to move operations into subterranean premises and utilise hormonelike chemicals and grow-lights, which in turn spawned a ‘genetic revolution’ and the emergence of phenomenally potent mutant strains. High Times, meanwhile, which was established in 1974, brought together investigative journalism on government crackdowns, interviews with pop-culture luminaries and instructional tips on cultivation. In a parody of Playboy, the periodical featured seductively shot centrefolds of cannabis plants – a nascent form of plant porn. Yet while initially contributing to a groundswell of activism and policy change, High Times symbolises a trend seen throughout the late twentieth century whereby grassroots organisations expanded into profitable corporations as the countercultural ideals they espoused became mainstream. 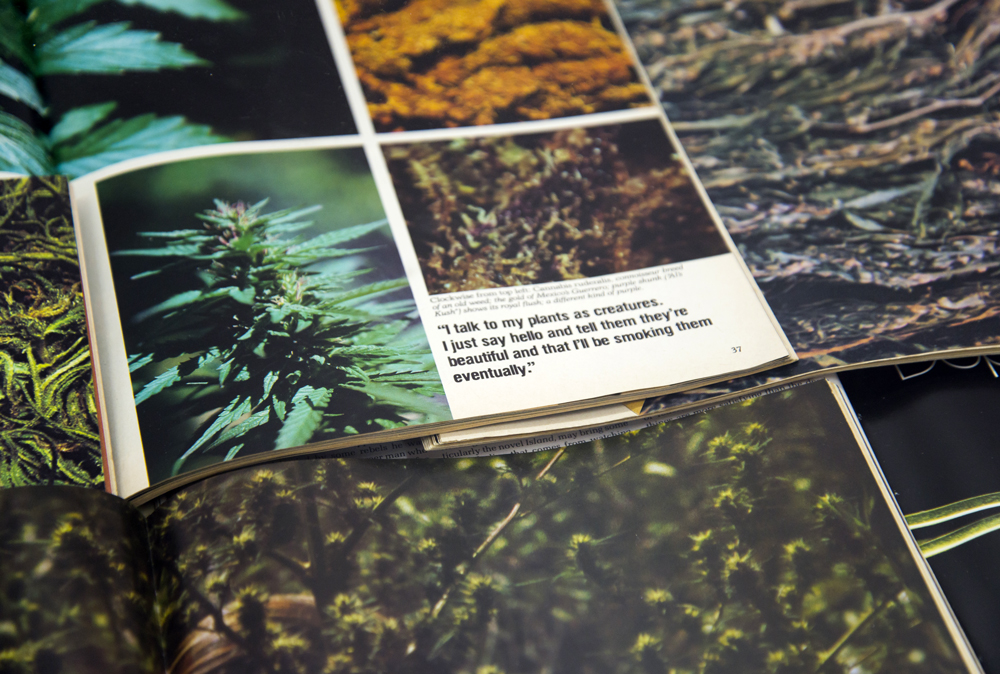 This compact but dense exhibition, then, exemplifies Koester’s penchant for homing in on minute details of objects or historical narratives in order to highlight broader constellations of issues. In examining some of the ways that mind-altering substances are written about and represented, Koester exposes infrastructures of control that regulate society; moral, legal and scientific codes that are so embedded and internalised that they have become invisible.