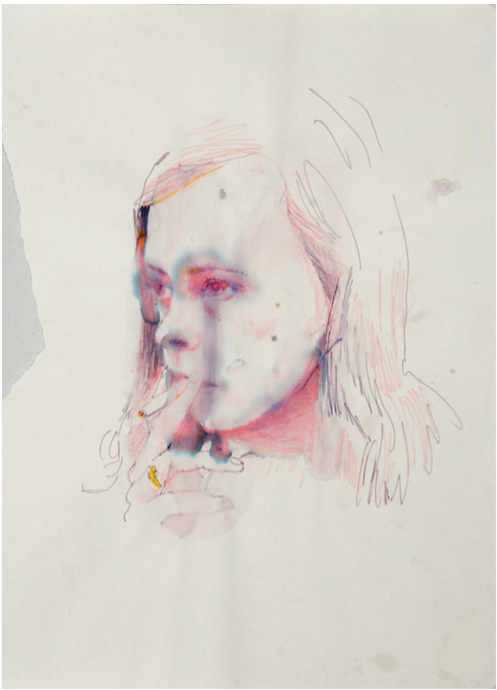 A Weaning Phase (In response to Elizabeth Magill’s 9 Offings)

I did all my best to smile

‘Til your singing eyes and fingers

Drew me loving to your isle

Let me enfold you

Here I am, here I am

Waiting to hold you”

Did I dream you dreamed about me?

Were you here when I was full sail?

Now my foolish boat is leaning

Broken lovelorn on your rocks

Oh my heart shies from the sorrow

Well I’m as puzzled as the newborn child

I’m as riddled as the tide

Should I stand amid the breakers?

Or should I lie with death my bride?

Let me enfold you

Here I am, here I am Waiting to hold you

—Song of the Siren written by Tim Buckley, performed by This Mortal Coil.

My family moved to Monkstown, the coastal suburb of South County Dublin, in 1985. I was three years of age. One of my earliest memories is walking the West Pier with my father and feeling great curiosity about two impressive decommissioned lightships then moored in the harbour. Perhaps partially because of this memory,I’ve always found the harbour to be a calming, restorative zone. I am reassured when gazing out to sea and following the curves of the coast with my eyes all the way out to Howth. I can map my own maturation on various locations along the shoreline. Upon the 1842 completion of the two piers, the sheltered body of water within became known as Asylum Harbour. This now defunct title always resonated with me.

The house I grew up in is located at walking distance from the West Pier. Although the harbour itself is not visible from the house, the Great South Wall and the Poolbeg Lighthouse can be seen in the distance from the top panes of what was once my bedroom window. On a recent visit to that house, I found the diaries I had kept quite religiously, writing every day between 1998 and 2003. For the most part the content of these is unsurprising, what I assume to be diary content typical of a late nineties teen: allusions to adolescent angst and infatuations; details of dabbling in substances, and cryptic references to sexual experimentation..

However, one detail that struck me when reading these diaries is the amount of space devoted to accounts of weather phenomena. The main reason for this is that in 1998 I began to walk the West Pier daily, sometimes twice a day. In all weathers and at all times I would trek out onto that granite limb. At the time it felt as though these ritualistic walks were vital to giving me some sense of order. At seventeen I felt listless, hollowed-out; these daily patterns helped me consolidate parts of myself that seemed fractured. I felt relief in the contained expanse of Dublin Bay, in the rhythm of the tides. 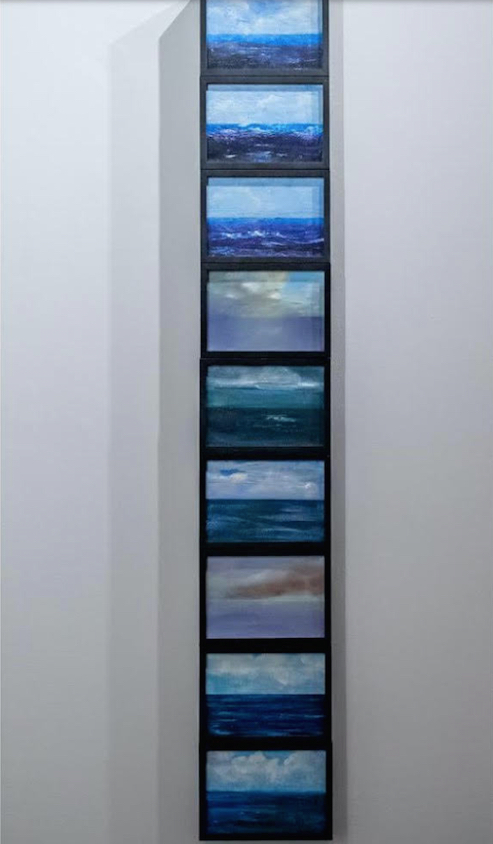 In the essay entitled Struggling through the Doldrums (published in 1963), psychoanalyst D.W. Winnicott defends the importance of adolescence, stating it is a vital phase in development that society needs to accommodate. According to Winnicott, ‘society needs to include the doldrums as a permanent feature and to tolerate it, react actively to it, in fact to come to meet it but not ‘cure’ it 1’. As a teenager who spent so much time by the sea I’ve always found it apposite that Winnicott adopted this nautical term. The doldrums is the name given to equatorial waters where dead calms and baffling winds can result in ships making little headway, and even becoming completely marooned.

I have been reconsidering this phase of my life recently, for several reasons. One being the sudden, unexpected death of a close companion from the coterie of teenagers that I was once a part of. I’d been at primary school with this  friend and although we had drifted in recent years we’d still been solid as teenagers. He and I had been part of a group of errant teens that spent truant afternoons and freezing nights at a haunt we called The Temple. This structure was one of the once elegant follies that had been built in the 19th century by Lord Cloncurry as part of his estate Maretimo, once located between Blackrock and Seapoint. Situated on an outcrop severed from the suburb by the train line, the site was difficult and perilous to access, particularly in the dark. By the time we found it in the 90s, it was a ruin but also an apposite location for our motley crew. Overlooking the bay, it felt detached from the rest of the area and indeed from the society that we all felt so at odds with. The small beach and jetty—known as Vance’s Harbour— are still visible from the DART but the beautiful miniature Doric Temple was demolished in 2004.

Last summer’s funeral was the first time in twenty years that I’d seen some of those people. And, as the day progressed I began to realise the extent of my now departed friend’s influence, on all of us: much greater than I had previously grasped.  It’s inevitable that you lose loved ones along the way as you get older, of course, but it never gets any easier. That feeling of prospects cut short far too early is a source of infinite frustration and gloom. The ceremony took place in a venue overlooking Dun Laoghaire Harbour; after that, we climbed Killiney Hill, scattering some of his ashes and sharing memories as the sun set. I am all too aware of the pitfalls of nostalgia for youth and I have no desire to relive my teens. Nevertheless, I now realise we never have friends like those ones that accompany us through the doldrums.